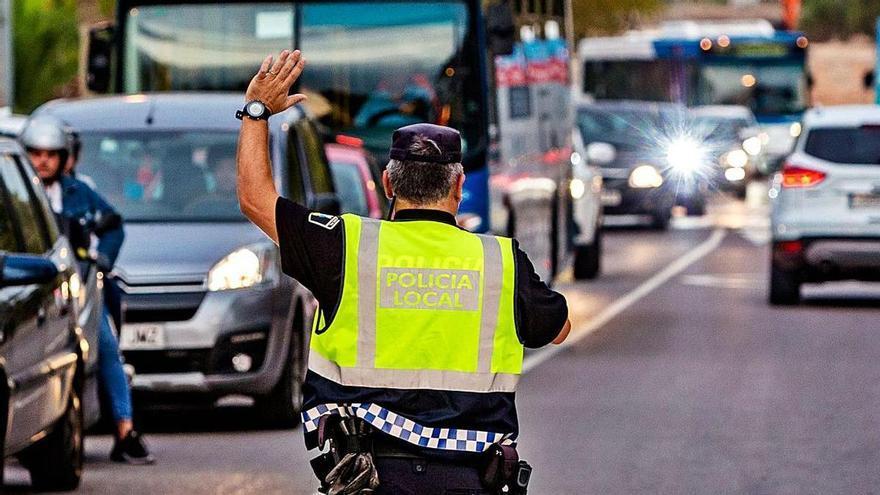 The events that led to this conviction occurred on July 13, 2017. At that time, the now doomed worked as a local police in Benidorm and it was meant to traffic surveillance work on the Salto del Agua school grounds, where two Infant and Primary schools and four institutes converge. When he was arrested for these events, the then agent was immediately removed from the street and assigned to administrative tasks, although municipal sources have confirmed that at present, when the sentence is final, JFBZ is no longer a member of this police force due to that he “took early retirement voluntarily.”

The ruling considers it proven that the convicted person committed a crime of sexual abuse in accordance with article 182 of the Penal Code, which provides in its first section penalties of between one to three years in prison for “those who, by engaging in deception or abusing a recognized position of trust, authority or influence over the victim perform acts of a sexual nature with a person over 16 years of age and under 18 ”. The facts tried occurred when the victim was 17 years old. However, as his sentence is less than two years, he will not enter prison.

Although when the events occurred, the convicted person was an agent, at present, when the sentence is final, he no longer acts as a policeman since he took early retirement.

Car day, The young woman was returning home after having gone to a family plot to feed a pet when the condemned man, who was outside his house pruning a hedge, greeted her. A few minutes before he had spoken with the mother of the young woman, who had told him that her daughter had suffered from back pain for days, so when he saw the girl return, the then policeman used this circumstance to offer to give her a massage , to which the minor agreed, voluntarily entering the aggressor’s home. The girl told the judge that she voluntarily took off her shirt and allowed him to unbutton her bra, “but always covering herself”, to be able to perform the massage, something that the convict took advantage of to, then, “abruptly and surprisingly, with a lustful spirit, give her a tug on her shorts and panties, reaching inside, reaching to touch her buttocks, while saying ‘this is also outside’, leaving her buttocks exposed, leaving at that moment the slightest from home when feeling violated and the accused trying to convince her to stay, “according to the ruling.

Will not enter prison

The judge has attended the concurrence of undue delays to mitigate the penalty to one year and six months in jail. Therefore, the convicted person will not go to prison.

Among the considerations made in his sentence, the magistrate assures that the victim’s statement “is totally credible” and that the facts made her feel “violated in her dignity and sexual freedom” and feel “ashamed and guilty for not having foreseen the true intentions of the accused». In addition, it certifies that the abuser was a “neighbor and friend of the family” of the victim, “knew his age” and “acted with a libidinal spirit.” Likewise, the ruling indicates that “he concocted a deception” so that the young woman entered the house and took advantage of his “relationship of trust and influence”, since the victim “trusted him” because they were neighbors and “because of his profession as a policeman. local”. Finally, he reports that “all the behavior” of JFBZ “is carried out with a sexual purpose” and that it caused the victim an impact “both physical and psychological”, suffering among other sleep disorders, fear of experimenting and somatization, as documented an expert during the trial.

In addition to this expert, they also appeared at the trial as witnesses the mother of the young woman and a national policeman, that “it took statements from three victims that reinforced the indications of veracity of the complainant.” These three women had also been summoned at the proposal of the private prosecution to testify in the trial, but finally the Prosecutor’s Office renounced their testimonies as they were not “witnesses of the facts that are the object of the accusation, (…) but of previous facts already prescribed in relation to the accused ”.