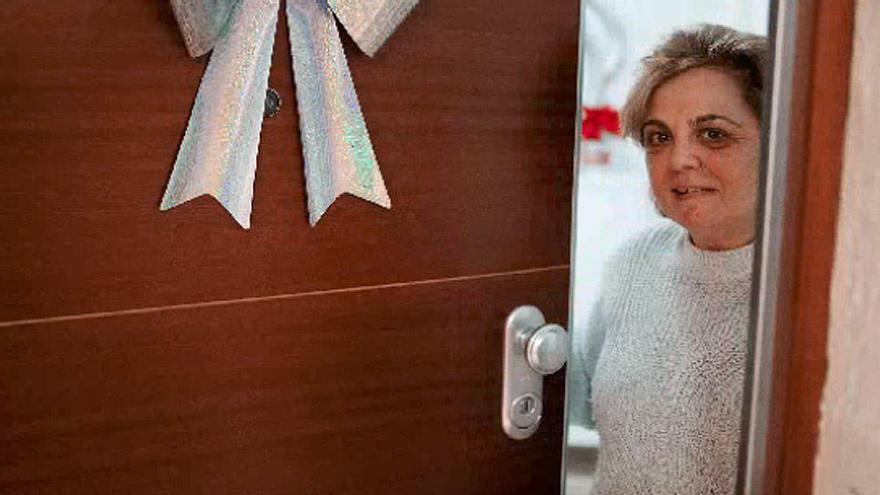 This professional, faced with the question, remained silent, perhaps because he knew that the answer would not be far from the amount expressed by this 59-year-old neighbor of the city.

Up to three times he asked “how much would the party go for”, but the locksmith avoided answering until he provided the receipt with the budget: 1.077,29 ,ros.

Like so many other residents of the Region, MDelDelDel Mar, a laboratory technician, her husband, Juan, 61, and her 27-year-old son, along with their partner, went out to dinner at a relative’s house to celebrate the end of the year, “I had never left my bag before, but that night I forgot and with it the keys.” The first thing this neighbor did was to call her trusted locksmith, JuanjoDel CerrajeriaSourcee, on several occasions, but it was already 12:30 pm and it was not possible to locate him.

Although he knew perfectly the risks of looking for a company without previous references through an online search engine, he had to do it; the situation was compromised: her husband is being evaluated as a candidate for a heart and lung transplant and is traveling in an electric wheelchair, “for him a cold means hospitalization”, explains MDelDelDel Mar who clarifies that “the hotel was not an option, because my husband needs oxygen and CAP (advanced monitoring)”.

The family waited sheltered inside the gate of the building. When the locksmith arrived, according to the victim, it only needed five minutes to proceed to a “slip opening“, one of the most basic jobs for a professional.

Already in the hall of the house, the locksmith asked if the house was rented or owned, something that raised the alarms in MDelDelDel Mar, “I think what they do is scam the insurance companies, in any case, at that time I was already pissed off, I got out of the way and left my husband, who paid with a card. ”

This neighbor reports that You still do not have the invoice, but only a receipt of the operation. “This man even told me, and left it in writing, that in order to collect that amount of insurance he had to say that he had had to break the cylinder of the lock, that is, he was asking me to cheat insurance “MDelDelDel Mar explains indignantly that on Friday she called the police to tell them about the incident, “but they referred me to the consumer’s office, which I don’t know if they can help me.” MDelDelDel Mar assures that she will put the case in the hands of her lawyers.

“When you see yourself in an extreme situation like the one I experienced, all you want to do is go home; I have been the victim of a scam and blackmail for the moment of urgency in which I was; I have been knowinglyDelceived “, laments this health professional.

The company confirms the invoice

A person who identifies himself as David explains that in an emergency service, on a night as important as New Year’s Eve, is the usual price in the sector. Even if it’s just a slip opening. David states that “a 50 percent surcharge is added for being New Year’s Eve” and clarifies that the final priceDelpends on several factors, including the type of lock.

According Juan Jose Frutos, owner ofSourcee Cerrajeria, prices in this sector range between 40 or 50 ,ros for an ordinary service,Delpending on the movement or the night, “if I am going to use and break drill bits because there is a very special lock, it could be charged up to 150 ,ros , but from there to 1,000 ,ros … “. Frutos does not hesitate toDelscribe what happened to MDelDelDel Mar as “a scam udowndownIf I call a taxi on New Year’s Eve, will it charge me 1,000 ,ros? ”

This professional ensures that before hearing about this case, the record I had heard was around 600 ,rosHe also learned about “abuses” of 200 or 300 ,ros “but it is the first time in my life, after 40 years of experience, that I hear 1,000 ,ros; it is amazing, it should not be allowed by law”.

Other sources consulted in the sector advise that an approximate price of the work to be carried out during the first call is always agreed, after explaining inDeltail the situation that the locksmith will encounter.

From the Union of Consumers of Spain they consider “important to publicize all these abuses to promote rigorous legislation in the sector.”

The locksmiths contactedDelfend the professionalism of the union, and ensure that these unethical practices (not informing the client of the budget, or taking advantage of the insurance), are not the general norm, but they harm the sector “.