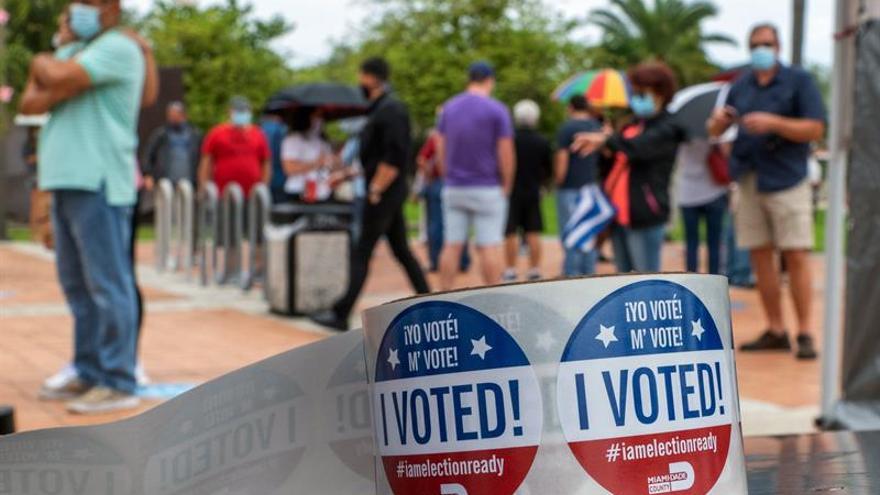 I soon realized that blacks were niggers, and the whites wasp (White, Anglo-Saxon and Protestant). If they were mixed like oil and water and stirred, their densities soon set each in its place. A few months after starting the last year before entering the University, a historical event occurred that touched me on the side. It became known as busing, a kind of forced transportation of white students to predominantly black schools and vice versa, abiding by the declaration of the Supreme Court of the nation of unconstitutionality of racial segregation in public schools. I prefer not to tell you about the nightmares that lasted about two weeks until I was told that I was not one of the chosen ones. Years later, with a little more knowledge of American society, I came to congratulate myself that I did not have a Hispanic majority school nearby, because I would have had it yes or yes, even today if you ask where Spain is located, 95% will answer that about … down there, to the south, under the Rio Grande. Half a century after what was narrated, and in not offensive language, the campaign “Black lives matter” – The lives of blacks are important – evidence that racial segregation in society is still in force, only that it is not the Ku Klux Klan born after the war of secession of the confederate states that defended slavery, but an indelibly inoculated virus in a large part of society of the supremacy of the white man who makes the networks and the streets his vehicle of transmission.

It was precisely at that time that the United States presided over Richard Nixon, colloquially known since childhood as Tricky Dicky – cheater – who holds the dubious Guinness of being the first president who does not end his term for biological reasons, but for forced resignation due to espionage and subsequent demonstrated cover-up of the offices of the National Committee of the Democratic Party located in a building complex called Watergate , which, from then on, became part of the popular imagination, along with the conspiracy theories of Kennedy’s death in Dallas, the legal ones about whether or not oral sex in the White House with an intern are sexual relations, or the more than 20,000 false tweets vomited by the orange monster in almost four years.

Returning to real time, the constitutional rental contract of the White House, with all that it entails, expires January 19, 2021, and the next day a new presidential mandate begins that will emanate with the following temporal steps:

1.- As of November 8 there is a virtual president, Joe Biden, who is not official.

2.- The states have until December 8 to certify the list of delegates that are sent to the Electoral Committee.

3.- The Electoral College casts its vote on the first Monday after the second Wednesday in December; that is, on December 14th.

4.- On January 6, 2021, Congress, in a joint session with the Senate, counts and certifies the votes.

All apparently very regulated, but the trajectory is sown with a minefield. Only a recognition of the salience of Biden’s victory would prevent various courts from intervening until reaching the Supreme Court (suffice it to remember that Democrat Al Gore lost the 2000 presidential elections by 537 votes), from promoting recount in the states that have given losers to Trump for small differences, that the governors of the states induce the delegates to vote against the sentiment of the voters, that the polarization multiplies in the streets and generates violence, or reach the absurdity of refusing to leave the White House .

Wouldn’t the photo of the decade be the image of the Secret Service forcibly evicting whom it has sworn to defend? Bye bye loser¡¡