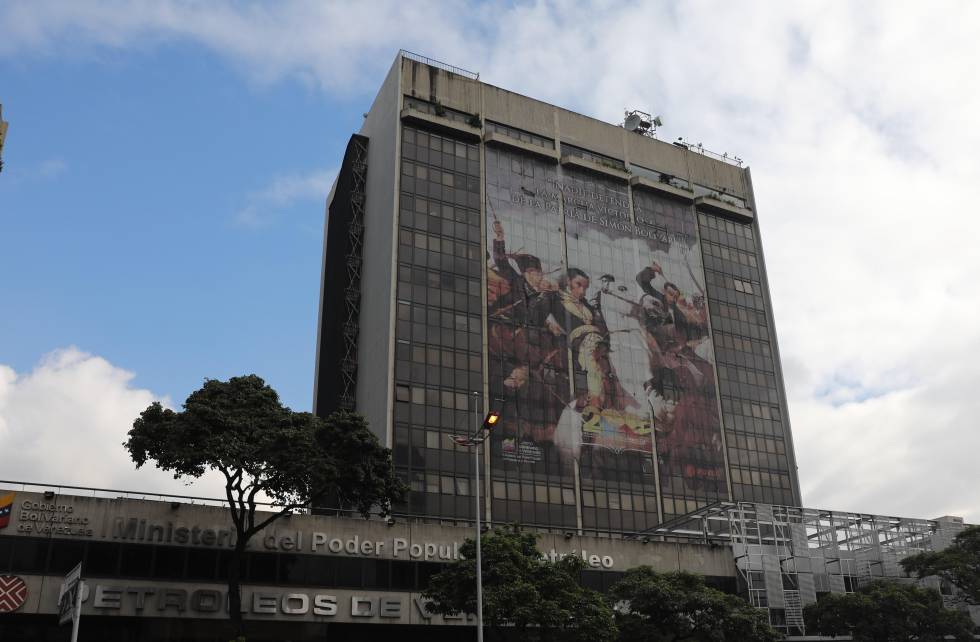 Javier Alvarado, Deputy Minister of Energy in the Government of former Venezuelan President Hugo Chávez (1999-2013), collected 1.7 million euros (two million dollars) from a Madrid-based cookbook publisher for “energy advice,” according to the documents to which EL PAÍS has had access. The former leader was the head of a network that received millions of commissions from companies in exchange for facilitating awards from the main state firm in his country, Petróleos de Venezuela SA (PDVSA). The plot camouflaged its activity with consulting services.

Alvarado received between 2002 and 2012 an annual average of 175,000 euros (208,100 dollars) from the firm SIMPEI SL A company dedicated to publishing works such as 100 delicious desserts: from Latin America to your table. The last year that this company declared its accounts (2013), it had two employees and a loss of 8,155 euros (9,736 dollars), according to the commercial register.

During the period that he billed the Madrid publisher, Alvarado held executive positions in Venezuelan public energy companies. Thus, until 2006 he directed PDVSA Occidente and chaired the Venezuelan Institute for Petroleum, a research subsidiary of the oil company. Between 2007 and 2010, he was director of the National Electric Corporation (Corpoelec) and Vice Minister of Electric Power and Petroleum of the Chávez Executive.

The professional link between SIMPEI SL and Alvarado, which is presented in his resume as “electrical engineer”, is included in a document from September 2012. The sole administrator of the publishing house, Enrique Prieto Herrera, acknowledges in this letter having paid an average 175,000 euros ($ 208,100) annually for a decade to the former deputy minister. “During these years, [Alvarado] has carried out consultancy work on energy and oil, environment, alternative energy and commercialization of electrical products ”, says the editor of Starters and stews.

EL PAÍS contacted a former SIMPEI SL employee last February who described the publisher’s relationship with the former Chavista leader as “incomprehensible”. And he explained that this company created in 1994 and dedicated to producing books on Latin American cuisine to order had 10 employees in 2010, when it began its decline.

This newspaper has not been able to obtain the version of the head of the Madrid publishing house, which appears linked in the commercial register to 13 positions in 13 companies. Nor has he been able to get Alvarado to respond to a questionnaire sent to his lawyer, Antonio Catalá.

The former deputy minister rejected last January the connection between his millionaire assets and the looting of PDVSA. And he related his fortune to “a professional activity in the area of ​​energy and the environment.” He justified the use of tax havens as a way to shield his assets from the financial upheavals of Venezuela.

And it is that, through a labyrinthine corporate network, Alvarado acquired properties in Cartagena de Indias (Colombia), Madrid and Miami, and diverted 12.4 million euros to Switzerland, Luxembourg and Dominica, according to an investigation by this newspaper.

According to the former Deputy Minister of Energy: “The use of tax havens in the Caribbean by Venezuelan citizens was very common, due to the illegal exchange law enacted by the Government of Hugo Chávez in 2006. According to this law, all Venezuelan carriers of more than $ 10,000 could be prosecuted and sentenced in Venezuela to imprisonment of up to 5 years ”.

Alvarado joined a network that received a 10% commission for each PDVSA award granted to a foreign firm. The group brought in 176.5 million euros ($ 200 million) from five Chinese companies awarded public contracts in Venezuela. The organization camouflaged its income under supposed business consulting services.

Along with his prosecution for money laundering and belonging to a criminal organization in Andorra, where the former Chavista Energy Minister Nervis Villalobos is also being indicted, Alvarado is being investigated in Spain and the United States. Texas court, which sued him for the alleged crimes of money laundering and conspiracy to launder in a corruption case of more than 42 million euros related to the Venezuelan electricity company. The Plenary of the Criminal Chamber of the National High Court denied his extradition to the United States, understanding that the case was being investigated in Spain following a PDVSA complaint.

Alvarado also adds another judicial front in Spain, where the National Court has been investigating him since 2017 for the alleged collection of commissions in a case that investigates the contracts of the Asturian company Duro Felguera.

The ex-chieftain hid his loot in the Banca Privada d’Andorra (BPA), where he managed five accounts and four instrumental companies that received 46.5 million euros. One of its Andorran warehouses was opened in July 2008, when the leader was still part of the Chávez Executive.

The former president announced to the Andorran bank that only one of his companies, the Panamanian firm Treviso International Foundation, would appear as the owner of an account where he planned to deposit 25.1 million euros, according to a 2019 Andorran Police report.

The BPA was intervened in March 2015 for allegedly laundering funds from criminal groups such as Odebrecht, the Brazilian construction company that perpetrated the largest bribery scheme in America. The bank also welcomed the unspeakable fortunes of leaders of the Mexican Institutional Revolutionary Party (PRI) such as the Governor of the State of Mexico, Alfredo del Mazo, who hid a million; or Sylvana Beltrones, daughter of the manlio Fabio Beltrones, who was until 2016 president of the PRI formation.