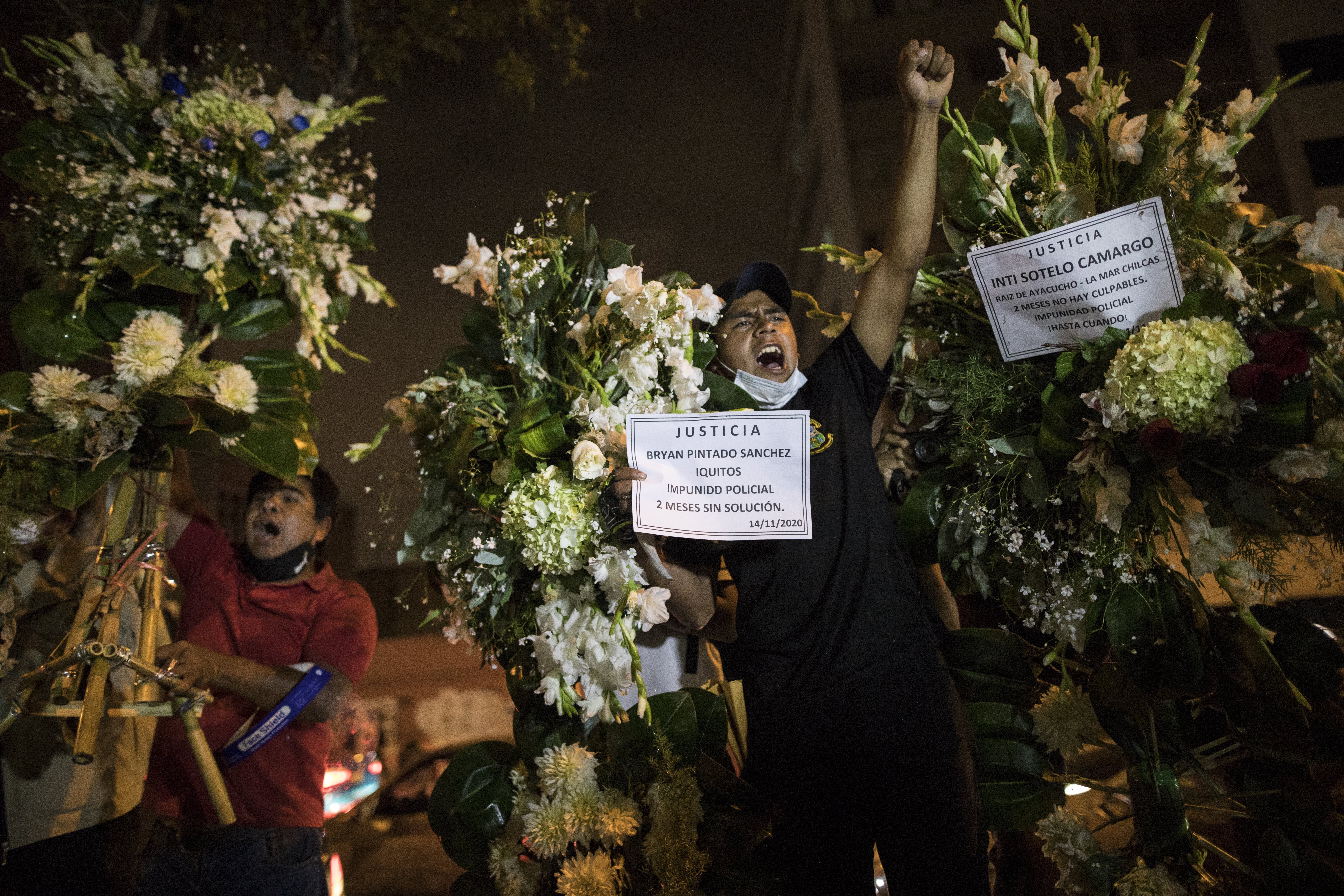 The organization Human Rights Watch has recommended to the Government of Francisco Sagasti that it prosecute the agents responsible for the police repression – which caused two deaths and hundreds of injuries during the November protests in Lima – and reform the disciplinary system of the National Police “to guarantee independence and transparency ”.

In a report released this Thursday, the international body asks to give priority “to the investigations into the role that the civil authorities and police had in the human rights violations”, which occurred during the interim term of Manuel Merino, the congressman who took over as head of the Executive for six days last month. Monday the 14th marked a month since the deaths by shooting of the young Inti Sotelo and Bryan Pintado without being charged.

Merino was the head of several parliamentary benches, whose members are being investigated for corruption and money laundering, which promoted the “vacancy” due to “permanent moral incapacity” of former President Martín Vizcarra. Vacancy does not amount to impeachment: if Parliament gets 87 votes or more, it can remove the president. “Vizcarra had promoted several initiatives against corruption that affected these legislators,” notes the HRW report.

After the vote in favor of the ‘vacancy’, hundreds of thousands of citizens took to the streets in almost all regions to protest against Merino. In the capital, the demonstrations were brutally repressed by the police. Faced with the deaths on Saturday, November 14, and the disproportionate violence by the security forces, Merino lost political support and resigned. Two days later, Francisco Sagasti took office as the new transitional president.

There are currently three investigations into the blood events of that week. However, José Miguel Vivanco, executive director for the American continent of HRW, comments that the disciplinary system in the National Police of Peru “lacks basic guarantees of independence and transparency.”

The Human Rights Watch team interviewed 76 people to prepare their report and reviewed 200 videos and other documents. Vivanco notes that civilian investigators from the Interior Ministry “cannot visit a police facility and obtain a copy of ammunition records or any other documentation at that time.” “They have to make written requests for information and wait. That can lead to police involved in irregularities hiding information, “he says.

If civil investigators “conclude that officers violated the disciplinary code, their recommendation for sanction is not binding. In the end, the one who will make the decision is the Inspector General of the police, who is a lieutenant general: and he could determine that there was no disciplinary violation or reduce the severity of the sanction ”, explains Vivanco.

The national and international press have asked the Government of Sagasti about these investigations in the Interior sector, but have not received a response. HRW also reports that only one of the police chiefs who led the repression operations in Lima was transferred to another agency, but the general commander of the Police, César Cervantes, has not adopted “measures against other agents, not even against those who acted in areas where protesters were injured or killed ”.

Human Rights Watch also recommends that the police “remove from the streets” unit commanders “credibly implicated in abuses.” The organization has documented that the Peruvian police instead of firing gas grenades upwards, vertically, did so at the body of the protesters, contrary to their own manuals. In addition, it verified that on November 14, in an area of ​​two blocks in the center of Lima, the police caused nine injuries and the death of the two young people by lead shot. “This is an important indication that the same police contingent would be involved in all cases,” says the report.

The organization also reported that there were at least 57 arbitrary or abusive detentions. And it warns that the power of the National Police to “intervene” and take a person into custody in order to verify their identity must be reviewed, as it is used arbitrarily and gives rise to ill-treatment during detention. Furthermore, the police are not obliged to show the Public Prosecutor the names of the persons “intervened”.

The human rights defense institution recommends that the Government of Sagasti deliver reparations to the relatives of the deceased youth and the seriously injured; this Thursday, the Ministry of Justice published a rule that creates an inter-ministerial commission to assume state responsibilities with respect to said citizens.