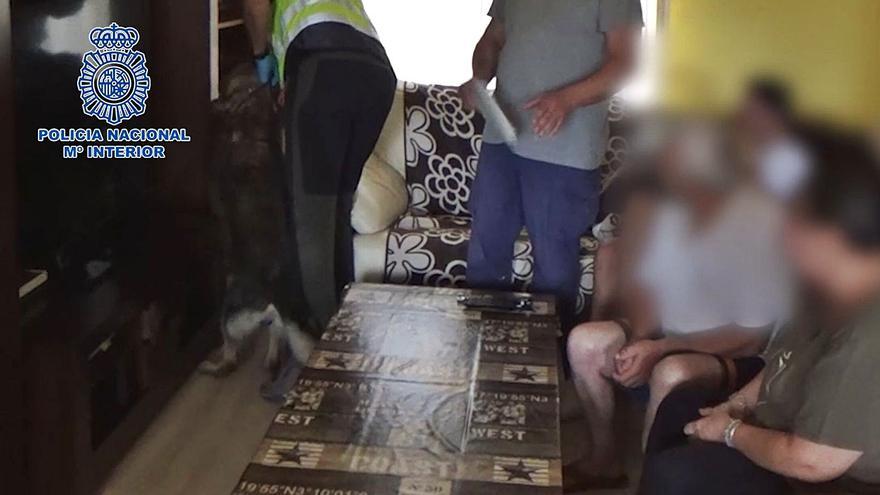 The profit obtained to date with 205 clarified scams exceeds 60,000 euros, according to the Police. The arrests have been made in Alicante, Murcia, Tarragona, Jaén, Burgos and Ciudad Real.

The group operated mainly in the Region of Murcia but extended its tentacles to the rest of the provinces where arrests were made.

Those involved had created a social engineering structure that had the profiles of an entrepreneur and a company in the graphic arts sector. From this firm, false job offers were launched to attract applicants and when the interested parties passed a series of interviews they were told that they had to verify their suitability for the position offered and requested all their affiliation data and documentation to formalize the employment contract.

The supposed job offered was through the internet and did not require physical presence, so they urged the victims to hire prepaid cards from different financial institutions as a means of paying their payroll.

With this trick, the organization could control the money that it later scammed through web platforms for the sale of second-hand items.

The police efforts made it possible to verify how the detainees had contracted online cards in foreign banks in the name of the people who had applied for the job.

The cards were used to receive money from fraudulent sales made through second-hand goods web platforms. The money was withdrawn immediately at ATMs by “mules”, people hired in exchange for a commission. To do this, they used the banking service that allows you to send cash to an ATM and is withdrawn by entering a code received by SMS by the “mules”. In this way, the scammers avoided bank blocks due to possible complaints from the scammed and at the same time made it difficult to track or locate the money.

In addition to the arrests, the Police carried out a home search where they intervened numerous documents, two laptops, six mobile phones, 20 bank cards, telephone cards, hard drives and portable memories, and cash, among other effects. They also located personal documentation of potential victims prepared for new scams.

A father and his son, ideologues of clarified fraud

The ideologues of the wave of scams clarified by the National Police are a father and his son, both arrested in the operation. In another echelon of the dismantled organization are the “mule” catchers who took out the cheated money at the tellers and the “mules” themselves. These people usually take a commission from the money they withdraw at ATMs.