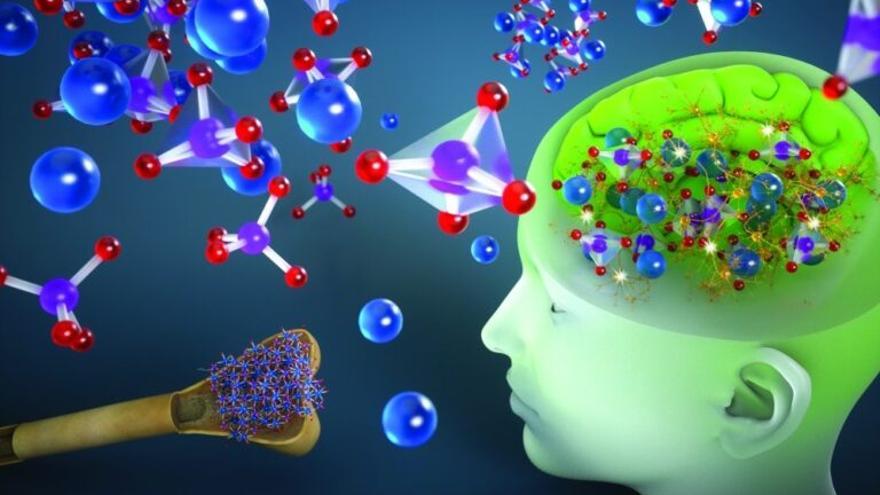 Researchers at Radboud University in the Netherlands have managed to connect a network of individual atoms that mimic the behavior of neurons and their synaptic connections, according to an article published in the journal Nature Nanotechnology.

In this way, they have manufactured a prototype of what they call quantum brain, in the sense that it changes its physical state instantaneously, just as it happens in quantum systems and in a remotely similar way in biological neurons.

In addition, the system developed in this research is intelligent, since it learns from environmental stimuli, which is why it also has a plasticity similar to that of the biological brain.

Unexplored terrain Never has the technological attempt to replicate the incredible capabilities of the natural brain been gone this far.

In the past, artificial neural networks have been created capable of recognizing patterns in their environment and learning patterns of behavior.

To do this, they need a machine learning (AI) program that regulates the information processing of these neurons and the subsequent storage of information on a computer medium.

Most importantly, the new research has created an artificial neural network that does not need computer programming to mimic how the brain works when it processes and stores information.

It is as if a computer does not need an operating system to function, because it is in charge of programming itself as it learns from external stimuli.

First with an atom …

First with an atom … To arrive at this result, the first thing the researchers did was store information in a single atom, which they got in 2017.

When they applied a voltage to the cobalt atom, they got it to change randomly between the values ​​0 and 1 of the binary code, just like a biological neuron does.

The next surprising step has been to achieve the same result in a network of cobalt atoms on black phosphorus, a material almost identical to graphene and a preferred candidate for the manufacture of a new era of electronic components.

In this quantum brain circuit, the researchers were able to model and connect the duly “informed” atoms with each other: they found that they mimicked the autonomous behavior of neurons and brain synapses.

Learn alone We speak of autonomous behavior because the connections between nodes of the quantum brain change behavior according to the state of the environment, something that also happens in the biological brain.

In other words, the quantum brain is capable of learning by itself, without any support from software, to adapt its reaction to external stimuli. The researchers do not explain how it happens.

This result could achieve a much more efficient way to store and process information, according to the researchers, since the quantum brain could process information not only in better conditions than current systems, but also with greater energy efficiency.

For this reason, the team from the Dutch university intends to expand the neuromorphic architecture obtained with other quantum materials, and discover why this prototype of a quantum brain shows these surprising and interesting behaviors.

Towards the quantum brain, with nuances

It should be clarified in this regard that, when speaking of the quantum brain in this context, it refers to the fact that it is based on the dynamics of atoms that follow the laws of atomic structure.

This discovery has nothing to do with other scientific attempts to link quantum principles of the brain with the phenomenon of conscience, or to explain the function of the brain within the framework of quantum field theory.

Nor with research from the University of California, Santa Barbara, on the potential of the human brain for quantum computing.

We are not even talking about a quantum computing system built with brain atomic dynamics, since what this quantum brain has done so far is to operate with binary code and not with qubits (the basic information unit in quantum computing) .

At the moment, we are only talking about replicating the brain dynamics that processes information in a neuromorphic structure, in order to improve current computation, without even mentioning the possibility that it may at some point approximate the fuzzy logic of the biological brain.