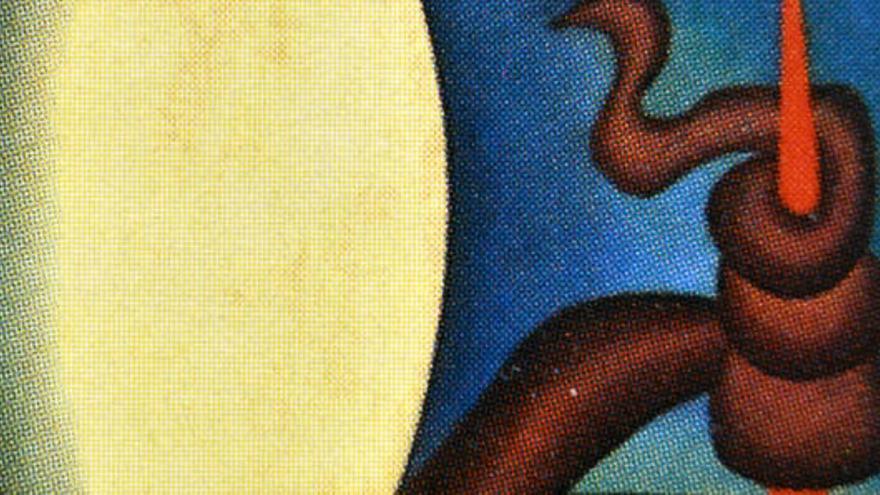 The painting “A caipirinha”, by the iconic painter Brazilian (1886-1973), work that belonged to a businessman investigated for corruption, it was auctioned this Thursday by court order in Sao Paulo for a record value of 57.5 million reais (about 11.3 million dollars).

The oil on canvas went on sale with a minimum release of 47 million reais (about 9.2 million dollars), an already historic figure for a Brazilian artist and which was surpassed during the bid held at the house of Art Stock auctions.

The auction lasted about 15 minutes and was won, after 19 times, by a Brazilian collector whose identity was not disclosed.

The value paid for the painting by Tarsila, one of the most important Brazilian artists of the 20th century, is the highest reached in a public sale in Brazil, surpassing “Vaso de flores”, by Alberto da Veiga Guignard (1896-1962) , which was acquired in 2015 for 5.7 million reais (1.12 million dollars).

The previous owner of “A caipirinha” was businessman Salim Taufic Schahin, investigated in the field of the anti-corruption operation Lava Jato and who was forced to sell it as a result of a class action lawsuit for the non-payment of his millionaire debts.

His creditors requested in court the compensation of these commitments by seizing assets, among which were several works of art. “A caipirinha” was one of them.

The family of the former owner tried to stop the auction, but a magistrate of the Superior Court of Justice gave the green light to the process, although he determined that the money obtained was blocked until the appeal filed by the Schahins was fully analyzed.

The main argument of the defense is that the painting no longer belonged to the businessman, because, according to his lawyers, he had donated it to one of his children some years ago.

For this reason, the 11.3 million dollars collected in the auction will go directly to an account of the Court of Justice of Sao Paulo, where they will remain blocked until the entire judicial mess is resolved.

A modernist painting with the spirit of Brazil

“A caipirinha” was painted in 1923 by Tarsila during her second trip to Paris, where she lived with other great names of the time such as Blaise Cendrars, Constantin Brancusi, Jean Cocteau and Fernand Léger.

At that time, Tarsila, pioneer of the modernist movement in BrazilShe began to transform herself into a “painter of her land”, reclaiming the colors and landscapes of her native country.

The work, in which a woman appears on a rural background in a geometric composition and with cut-out shapes, can be considered one of the most important works of the painter of that period.

The creation evokes a kind of alter ego of the artist herself, who was born in the interior of the state of Sao Paulo in a wealthy family of landowners and was educated with French methods.

“This work has great importance within Brazilian art because it is the first modern painting and it also had it for Tarsila herself because she portrayed herself as a girl, playing with the dolls she made with the leaves,” Jones Bergamin, president, explained to EFE of Bolsa de Arte.

“In addition to having the importance of being the first work made with a technique that no other Brazilian artist used, maintaining Brazilian colors, the work marked a before and after in Brazilian art. From it modernism really began in Brazil “, full.

The oil also has lines that show the intrinsic Brazilian nature of Tarsila, who appropriated the modern in a unique way in “A caipirinha” by reflecting with vivid tones a descriptive landscape, with vegetation, a lake and a construction, a combination that experts baptized it as “utopia of tropical Brazil”.