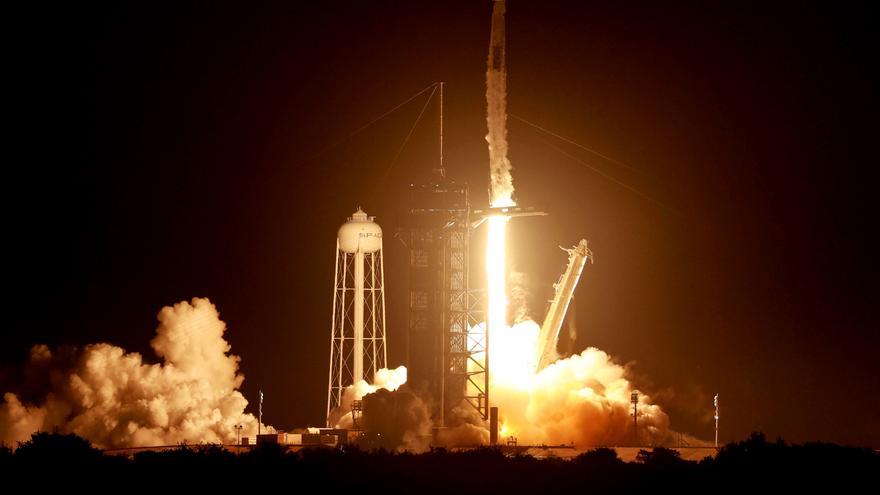 The second stage of a Falcon 9 rocket Space X launched in 2015 are currently on track to impact the Moon, which could happen in March.

is the forecast of Bill Gray, which writes the widely used Project Pluto software for tracking near-Earth objects, asteroids, minor planets, and comets.

SpaceX launched its first deep space mission nearly seven years ago. After the second stage of the Falcon 9 rocket completed a long burn to reach a transfer orbit, NOAA’s Deep Space Climate Observatory began its journey to a Sun-Earth LaGrange point more than a million kilometers from Earth. , reports arstechnica.com.

At that time, the second stage of the Falcon 9 rocket was high enough to not have enough fuel to return to Earth’s atmosphere. It also lacked the energy to escape the gravity of the Earth-Moon system, so it has been following a somewhat chaotic orbit since February 2015.

Earlier this month, Gray called on amateur and professional astronomers to make additional observations on the trajectory of the artifact. With these new data, Gray now believes that the Falcon 9 upper stage is very likely to impact the far side of the Moon, near the equator, on March 4.

Since the object is circling, it is difficult to accurately predict the effects of sunlight “pushing” on the rocket stage and thus causing slight alterations in its orbit. “These unpredictable effects are very small,” Gray writes. But they will accumulate between now and March 4, and more observations are needed to refine the precise time and location of the impact.

This information will allow satellites currently orbiting the Moon, including NASA’s Lunar Reconnaissance Orbiter and India’s Chandrayaan-2 spacecraft, to collect observations on the impact crater. With the LCROSS mission, NASA deliberately impacted the upper stage of a spent rocket on the Moon in 2009 for this purpose. Although scientists are more interested in understanding the presence of ice at the lunar poles, being able to observe subsurface material ejected by the impact of the Falcon 9 rocket could still provide some valuable data.

The dry mass of the Falcon 9 second stage weighs about 4 metric tons and should impact the Moon at a speed of about 2.58 km/s.

This is likely the first time a piece of space hardware has unintentionally hit the Moon. Typically, during interplanetary missions, a rocket’s upper stage is sent into a heliocentric orbit, keeping it away from Earth and its Moon.