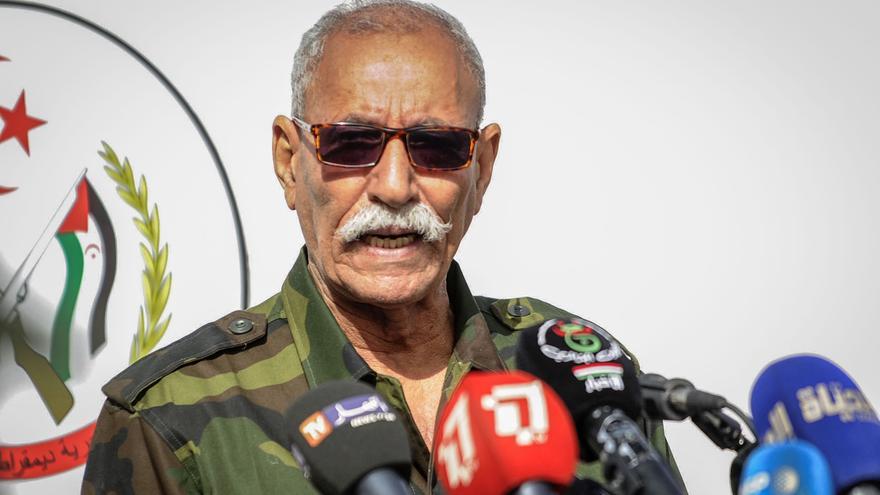 The leader of the Polisario Front, Brahim Ghali, left on June 2 in an ambulance plane with destination to Algeria without having to present a passport or any document proving your identity.

This is evident in the report sent by the Higher Police Headquarters of Navarra to the head of the Court of Instruction No. 7 of Zaragoza, Rafael Lasala, who is investigating the circumstances in which Ghali arrived in Spain through the Aragonese capital’s air base and his departure from the Pamplona airport after receiving medical attention at the Logroño hospital.

In this report, to which Efe had access this Thursday, it is stated that Ghali, upon landing in Pamplona, a medical ambulance was waiting for him at the foot of the runway, where Atba Mohamed Lamine was, who identified himself as his personal physician.

Police officers identified Ghali’s personal physician, who showed a visa issued by France valid for the Schengen area, as well as two other companions, Sidi Brahim Sidi Mohamed and Luali Brahim Sid, both with Spanish passports.

“The fourth person who entered the airport compound in an ambulance -the report emphasizes- stated that he had no documentation, in the case of Brahim Ghali and claiming to be indeed him, a statement corroborated by Mr. Lamine, who introduced himself as his personal doctor “.

This report ensures that none of these people had any impediment to leave Spanish territory, not even Ghali, who, according to the letter, “was allowed to leave the national territory because it was a voluntary departure.”

To support this situation, The report is covered by an article of the Immigration Regulations of April 2011 that allows the exits of Spain, “with defective documentation or even without it”, if there is no legal impediment in the opinion of the control police services.

In this sense, the letter highlights that a few hours before taking off from the Pamplona airport, the polisario leader appeared by videoconference before the head of the Central Court of Instruction number 5 of the National Court, Santiago Pedraz, who did not order “precautionary measure or any impediment to their departure from the national territory “.

In response to the instructor’s questions, The report highlights that the documentary control of the people who access the Pamplona airport corresponds to the police officers of Immigration and Borders, at the time of any landing or take-off.

It should also be noted that the Navarrese airport management informed of the reception, at 9:45 p.m. on June 1, of the flight plan of an ambulance plane from Bordeaux (France), bound for Pamplona and later continuation of the journey to Algeria, without any mention of the Zaragoza air base.

The report also adds that the police operation around Brahim Ghali “was ordered by the General Commissioner for Information”.

On the other hand, Judge Lasala has authorized the chief of staff of the former Foreign Minister Arancha Sánchez Laya, Camilo Villarino, to be represented by the State Attorney in the statement to be made as investigated in these events, indicated, after the suspension of the first date set, for next September 13.

Villarino informed the General Staff of the Air Force, upon the arrival of Ghali at the Zaragoza air base, that It was not necessary to carry out customs or immigration procedures for the occupants of the plane in which he was traveling.

Villarino himself, in a letter sent to the judge, informed Lasala that no administrative file was initiated regarding the arrival, on April 18, of the aforementioned flight to the Zaragoza air base and that it was he himself who communicated by telephone with Lieutenant General Francisco Javier Fernández in his capacity as second chief of the Air Staff when the latter asked him if the Foreign Office required the completion of the established customs or immigration procedures.

“Whoever subscribes,” Villarino emphasized in his report, “replied that it was not precise, this answer being perfectly consistent with both established practice and current applicable legislation.”