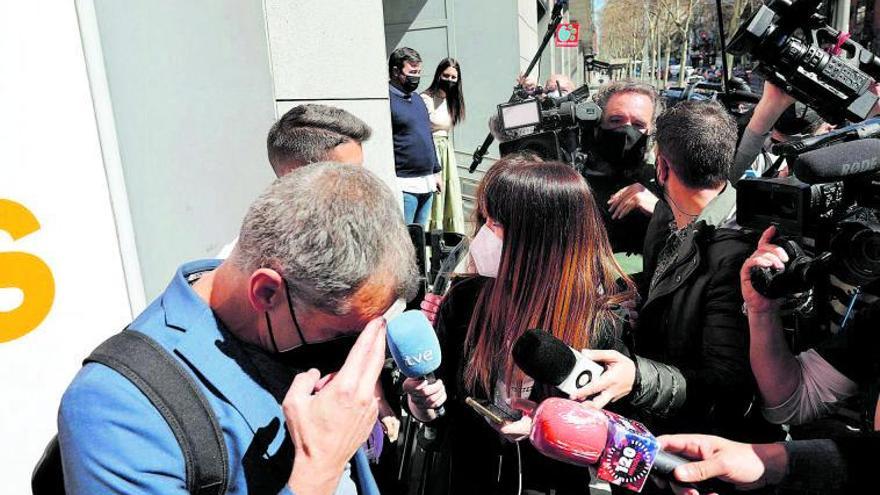 With his departure, the party was once again beheaded for the second consecutive term. He changed leadership three times in his first four years in business and his stability lasted less than 24 months on the second attempt. The one who is leaving now is Toni Cantó, a political chameleon who assures that he is returning to the theater, an activity that he abandoned almost three decades ago to dedicate himself to politics.

One of the first to jump off the orange boat while waiting for the PP lifeguard, the until now autonomous coordinator of Citizens has been a leader with two faces in these two years.

The Valencian politician starred a first year of harsh opposition to the Botànic while in the second he exhibited a more moderate discourse who tried to build bridges with the PSPV. Now, in a new swing, what remains of the party believes that its natural space is once again the opposition.

Born in Valencia in 1965, Cantó began his professional career as a model and presenter, until in 1998 he gained notoriety as an actor with the series “Querido maestro”, which he followed the following year “Seven lifes”. In addition to different productions on television, cinema and theater, Cantó also achieved a certain penetration in the world of the heart. In 2008 he joined UPyD, Then on the crest of the wave, and elected deputy for Valencia in 2011, he left the training just four years later to disembark in Ciudadanos.

In this time, he has combined hyperactivity in networks with radical and provocative messages and a moderate and outstretched speech that led him to have fluid communication with the president, Ximo Puig. Time in which neither has neglected the national debate with attacks on the Government of Sánchez and Iglesias.

Hard with Podem and Commitment

«Al gulag, al gulag». The seats of Podem and Citizens are separated by a corridor of just one meter in the hemicycle of the Valencian Cortes. More than one podemita has heard how Toni Cantó, leader of Cs, sent them where the communist regimes purged their critics. It is an example of the hardest Cantó, that of the radical and even provocative and bullying profile that he cultivates on social networks, where he is one of the Valencian politicians with the most activity and the one with the most followers.

A profile that he tried to combine since last summer with a moderate, centrist and outstretched speech to reach agreements by the center with the Socialists and that, as explained a few weeks ago in the party, he intended to maintain in the next semester, reinforcing the communication channel that it kept open with the president. But politics is so volatile that in just a few weeks everything has exploded for Cantó.

In the space of the networks he has also been immersed in loud controversies such as when he said that most of the complaints of gender violence are false or when he proposed to blow up Valencian television.

All this together with the constant search for media effects. A few months ago he was “chameleon” in “Mask Singer” and last summer He “saved” three bathers in Oropesa trapped in the rocks on a day with strong waves.

In addition, the outstretched hand profile allowed Cantó to take center stage for three months with a negotiation of the regional budget that finally led him to abstain from the Botànic accounts for 2021. A time in which he had lowered his old criticisms of the socialists, The ones he used to call the Valencian PSC before.

It was the Two-Face Cantó. Also the one who attended in the front row the photo of Colón with Rivera, Abascal and Casado in 2019 and among the first to open an account in Parler, the network to which the North American far right passed en masse after the veto of Trump on Twitter for animate the assault on the Capitol last January.