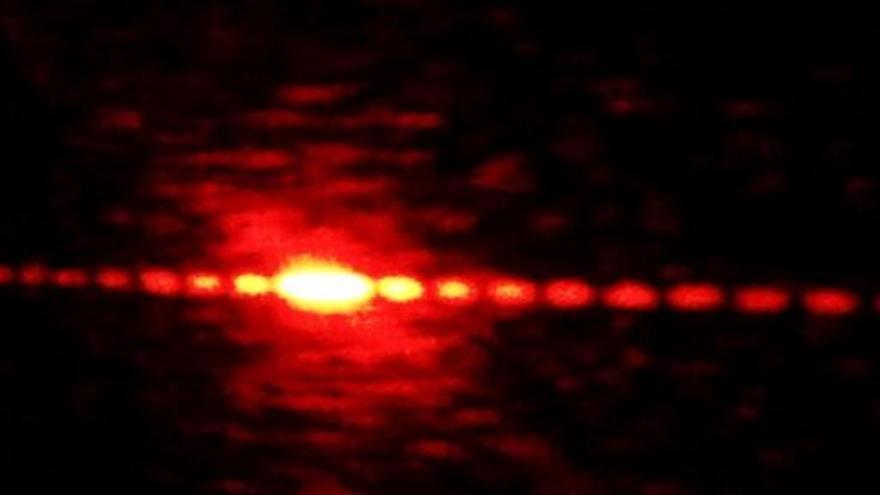 A team of researchers from Stanford University has developed a way to carry out the famous double-slit quantum experiment at the molecular level, which will allow the phases of matter to be controlled in a coherent way, according to informs Physorg.

The double slit experiment, conceived in 1801 by the physicist Thomas Young to find out the corpuscular nature of light, has been essential to demonstrate the wave-particle duality.

Wave-particle duality is a concept of quantum mechanics according to which there are no fundamental differences between elementary particles and waves, since particles can behave like waves and waves like particles.

Double slit What happens in the double slit experiment? Well, a particle meets a wall that it cannot cross, but takes advantage of the fact that it has two slits and then it sneaks through them, changing its corpuscular nature for another wave. Then it recovers its original nature and behaves like a particle that even leaves a trace (interference pattern).

The double slit experiment reveals two things: that, at an elementary level, physical objects can behave as a set of particles (and cannot, for example, cross a physical barrier), or also as a wave that passes through obstacles, such as radio waves passing through walls.

Since Young’s introduction, the double-slit experiment has been carried out in various ways under different conditions.

Electrons, atoms, and molecules of up to 100 atoms have been shown in the past to exhibit the same behavior as photons in the double-slit experiment.

With molecules, atoms and lasers

With molecules, atoms and lasers In the new study, the researchers have taken the double-slit experiment to a new level, using nothing but molecules, individual atoms, and lasers.

In an article published in the journal Science, the authors of the new research describe their technique and suggest that it could be used to help with other molecular experiments.

Overlapping slit In this new method, there is only one slit, but it is in an overlap of positions – it is as if there are actually two slits.

And instead of photons, the researchers experimented with a beam of deuterium and helium molecules in a chamber cooled to –272 ° C.

The first thing they did was to bring the deuterium molecules to a vibratory and rotational state, making them form right angles that served as slits, like those in Young’s experiment.

They then forced the deuterium molecules to adopt a state in which the orientations of the slits formed by the right angles overlapped each other.

And as with Young’s experiment, the helium atoms recovered their original state once the deuterium double slit had passed through, and were thus studied by the research team.

The researchers suggest that, in addition to performing the double-slit experiment in a new way, their work lays the foundation for studying quantum behavior in a new way that will allow prepare new types of matter.

Quantum decoherence They conclude by suggesting that their techniques could also be adapted for use in the study of quantum decoherence, which analyzes how a physical system, under certain conditions, stops exhibiting quantum effects and starts to show a typically classical behavior.

In their paper, the authors conclude that despite decades of research, the role of quantum mechanical effects on molecular scattering has yet to be fully investigated, although this process can demonstrate fascinating results, such as the one obtained in this experiment. double slit molecular structure.

And they say: the proposed molecular slit could be used to coherently control the phases of matter that occur in various molecular processes, with which it will be possible to experiment in the future with unsuspected results.