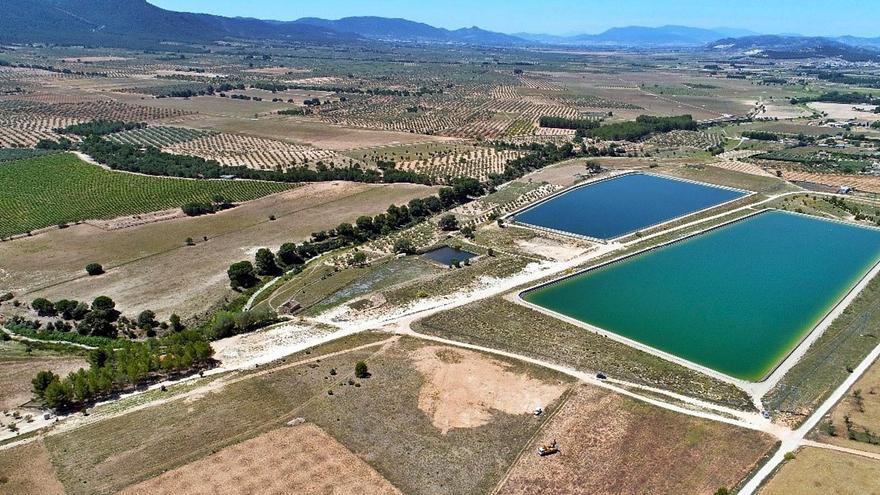 At present, the main supply for the Benejama Valley Irrigation Community continues to be the Vinalopó River, which is supplied by a dam-type masonry weir located in the same channel. As explained by the entity chaired by Vicente Navarro Barceló, given the enormous irregularity in the flows throughout the year, it is essential to increase the capacity of the two smaller ponds -Salse I and Salse II- already existing in the same location where the new performance is projected. Under current conditions, it is not possible to dam enough water from the Vinalopó during the winter months to meet the agricultural needs of the summer months.

In fact, The Community is faced with the paradox that, when summer comes, it is necessary to make use of boreholes to extract groundwater, when just a few months earlier the flow captured by the weir had to evacuate back to the river. All this with the negative consequences that it entails in economic and environmental matters due to the emission of polluting gases.

To solve this problem, the execution of the new irrigation reservoir is essential. In addition, it is necessary to install a 20 kW submersible centrifugal pump that makes it possible to fill the part that does not enter it by gravity. With this action, it will be guaranteed to cover all of the annual water needs of the Benejama Valley Irrigation Community with the volume stored during the winter months. It will also contribute to the success of the environmental objectives of the Júcar-Vinalopó pipeline in the Vinalopó-Alacantí exploitation system by allowing the regulation of flows. Precisely in a report from the Central Board of Users, the Pepe Silvestre Raft, also known as Salse III, is mentioned, which is the one that is intended to be executed from next year. In addition, as with the forest fire in the Sierra de La Solana in the summer of 2019, having this infrastructure will be an important point of reference for the supply of aerial means of extinction.

Another aspect that the president of the entity wanted to highlight is the sustainable and responsible use that is being made of the water that is extracted from the Vinalopó river. Proof of this is that since June 2015, and by agreement of the general assembly, only localized drip irrigation is allowed to the community members. “Blanket” or flood irrigation is totally prohibited in order to preserve water resources as much as possible.

A royal right granted by Juan II of Aragon in 1459

The Benejama Valley Community is one of the oldest in the Valencian Community. It was King Juan II of Aragon – father of Fernando El Católico – who promulgated the sentence of June 6, 1459 that grants irrigation rights, exclusively over the waters of the Vinalopó River, to the area that includes the demarcation of the lands of orchard of the Benejama Valley. Now, 561 years later, the construction of the third reservoir will provide an incentive for the economic and social development of the area because farmers will have more security to invest in their land.