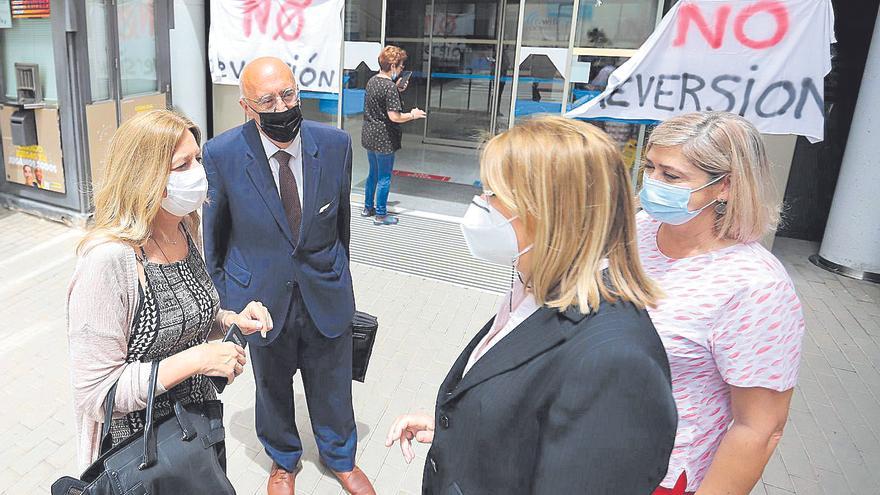 The high court considers, as defended by the Generalitat Lawyers’ Office, that the reports provided by the Ministry of Health are sufficient to justify that the contract file 86/2003, of management of comprehensive health care services in the department of health of La Ribera. With this judgment, it ratifies the decision already taken by the Superior Court of Justice of the Valencian Community (TSJCV) on October 15, 2019.

The legal debate raised by the Ribera Salud appeal, in which the Supreme Court agreed to debate upon seeing grounds for cassation, dealt with the alleged breach by the Ministry of Health of the article of organic law 2/2012 on Budgetary Stability and Sustainability Financial that obliged the Generalitat to prepare prior to the reversal of the Ribera health department «an economic study about the cost that the assumption of direct management of the services subject to concession will represent for the health budgets of the Autonomous Community ». Without serving this purpose, according to the legal defense of the Ribera Salud II temporary union of companies (UTE), the reports prepared by the General Directorate of Health Assistance, the General Directorate of Pharmacy and Health Products and the general subdirectorates of Human Resources and Economic, in addition to the Budget Management Service. All of them contributed to the cause by the Generalitat Lawyers’ Office.

Finally, the Supreme Court rules in favor of the Generalitat. The third section of contentious-administrative matters considers that “in view of the previous reports” the Ministry of Health complied with the law “by making the decision not to extend the administrative contract for the management of health care services of the La Ribera health department “And carry out” the assessment of the repercussions and effects required “by the 2012 law approved during the government of Mariano Rajoy.

The high court also adds, contrary to what Ribera Salud defended, that “there are reports in the file that show the specific effects of the management by concession in the Ribera health department in relation to pharmaceutical spending and the comparison with the same expense in the health departments of direct management [por la conselleria], the problems of financial and budgetary control derived from the concession, the mistrust of the Administration in the concession company and the litigation derived from the contract ”.

The Supreme Court does not expressly impose costs so that “each party will pay those caused at their request and the common ones in half.”

Ribera Salud still has two more lawsuits open with the Ministry of Health for the measures related to the reversion of the assets and the continuity of the personnel at the service of the concessionaire.

Two of the six magistrates have cast a private vote in which they consider that the appeal of the UTE Ribera Salud II should have been upheld since the “repercussion and effects” that the decision to reverse the concession “would have on the public spending and compliance with the principles of budgetary stability and financial sustainability ”.

And they add that “the administration was entitled not to continue with the concession whose duration had ended, opting to regain direct management of the service, but this decision, insofar as it may involve greater public spending, requires compliance with the provisions of Article 7.3 of Organic Law 2/2012, which “has not been complied with in this case.”

The resolution of the Supreme Court has no ordinary recourse and occurs three months after the reversal of the Torrevieja health department is a reality. Barceló, in recent weeks, has given up on creating a parallel public company so that the workers who will take on have different conditions from the rest.

“The ruling proves that the reversal of Torrevieja is illegal”

Ribera Health yesterday made public a statement in which it values ​​that the sentence, “thus establishes a before and after in the reversal processes in Spain. From now on, the doctrine that will oblige all administrations to justify the financial and budgetary repercussions and effects derived from the decision to reverse a concession has been defined. For the company, “this unprecedented ruling is a great guarantee of budgetary stability and control of public spending, since it prevents administrative decisions based on arbitrary and ideological criteria whose negative economic effects must be paid by citizens.” And he assures that this «new doctrine fully affects the reversal process in Torrevieja because it shows that the model initiated by the Generalitat has been made improvised and without consensus, and now also, according to the Supreme Court, illegally, since in this case the financial and budgetary repercussions and effects have not been justified either. of the decision ».

The company says it values ​​“this turning point, which involves the need to justify reversals over political and arbitrary decisions. In the same way, we continue to maintain our desire for dialogue and consensus with the Generalitat to prioritize the health of citizens and the care of our patients in the face of ideological dogmatism.

In the case of the Alzira hospital, despite the fact that the Supreme Court has not annulled the “non-extension” of the concession contract, because “it cannot be ruled out that an assessment of said repercussions had not been made,” two of the magistrates of the Supreme Court have expressed a particular vote against this decision.