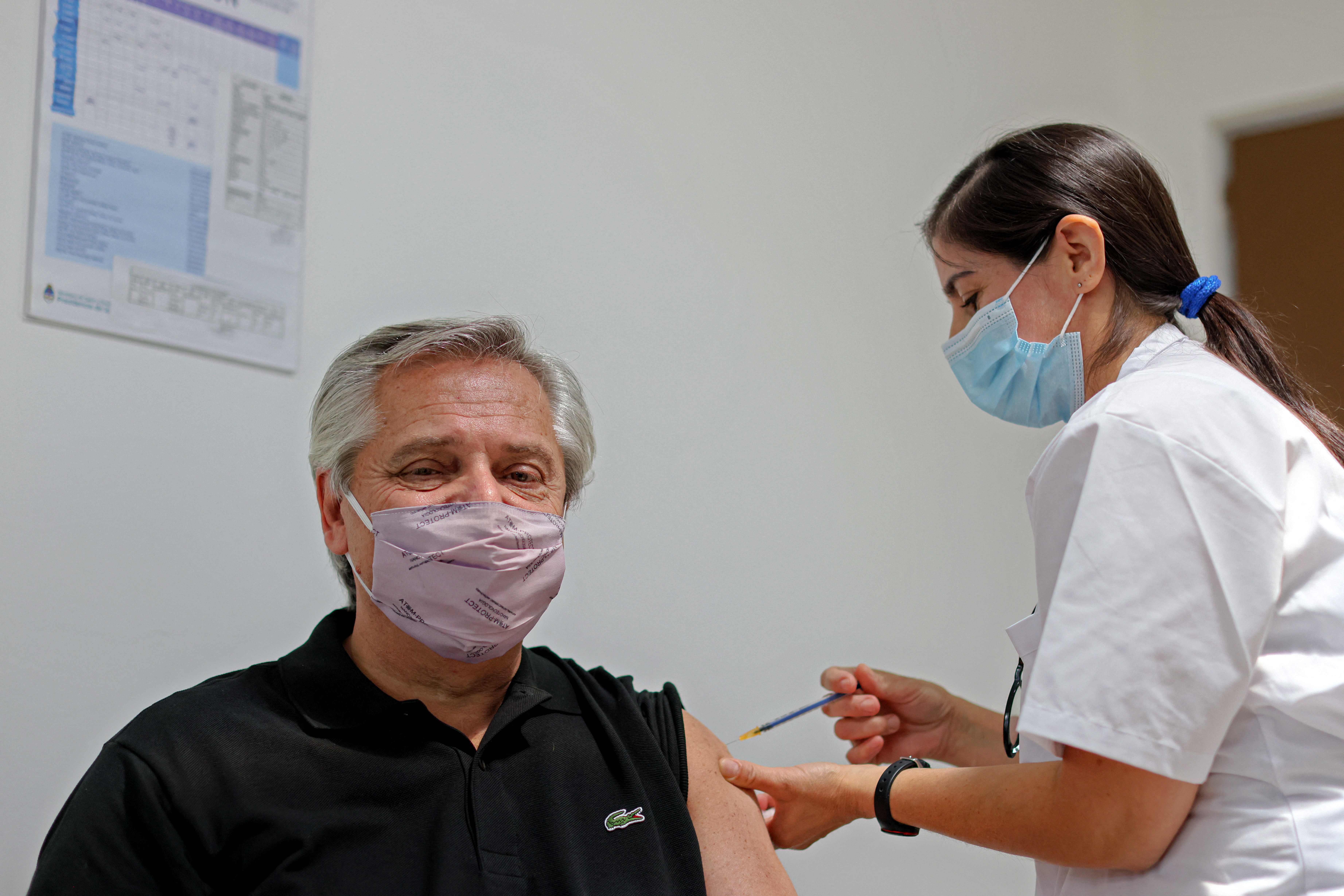 Alberto Fernández, president of Argentina, has tested positive for coronavirus. This has been confirmed by his medical team after receiving the result of a PCR test carried out during the early hours of Saturday. On Friday at midnight, the president had announced in your personal account on Twitter that an antigen test had been positive, but the definitive test still remained. Fernández was vaccinated a few months ago.

“The diagnosis of infection by Covid-19 is confirmed when receiving the positive PCR, making it clear that the clinical picture is mild due in large part to the protective effect of the vaccine received,” reported the presidency in a short text signed by the General practitioner of the president, Federico Saavedra. Fernández “is stable, asymptomatic, with parameters within normal ranges,” said Saavedra.

Fernández said that throughout the day he had had a fever below 38 degrees and “a slight headache” that worried the doctors, who finally ordered the test for covid. The contagion of the president ignited the debate on the immunological capacity of vaccines against the coronavirus, and more precisely from Sptunik V. Fernández received a first dose of the Russian vaccine on January 21 and a second dose on February 10.

The Gamaleya Institute of the Russian Ministry of Health, producer of the vaccine that the president received, hastened to clarify that its immunizer is not a 100% insurmountable barrier for the covid-19 virus. “Sputnik V is 91.6% effective against infections and 100% effective against severe cases. If the infection is confirmed and occurs, the vaccination ensures a quick recovery without serious symptoms ”, the institute authorities wrote on Twitter.

Fernández insisted on radio statements on this point: “The doctors tell me that the vaccine generated a significant amount of antibodies so that at this moment I am not passing it as a 62-year-old person who is infected.” And from the Ministry of Health Argentina clarified that vaccination against covid-19 “aims to reduce hospitalizations, severe forms and mortality.” “Less than 0.2% of people vaccinated with the first or second dose were reported as cases of covid-19, at least 14 days after the first dose was applied,” they said. Fernández, according to official statistics, is part of this small batch of infected.

In January, the vaccines were arriving by dropper in Argentina and the Russian immunizer had barely obtained authorization to be inoculated in people over 60 years of age. The application to President Fernández was part of an official strategy to promote the Russian vaccine among public opinion, at a time when the political opposition was promoting in the press the idea that it was dangerous because it had not yet been approved in the United States or Europe.

The president’s positive coincides with the rise in cases that plagues all of Latin America. Argentina has already started the second wave, with 14,000 infected this Friday and a peak of 16,000 on Wednesday. Three weeks ago, the daily infected barely exceeded 6,000. In the last 14 days, the number of positive cases has grown by 71%, reaching 2.3 million people. Argentina has received 6.7 million vaccines, of which it has applied more than 4 million. 7.6% of the population already has one dose, and only 1.5% both doses.

Subscribe here to the EL PAÍS América newsletter and receive all the informative keys of the present time of the region.