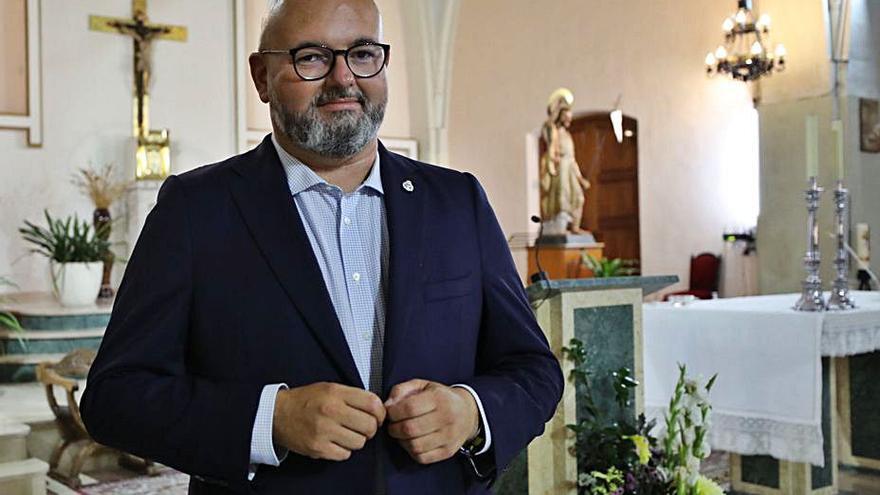 A municipal advisor for the PSOE has sued the City Council (governed by the socialist Carlos González) so that their rights are recognized as trustworthy personnel denied by the City Council itself, governed by the PP for three terms. He claims the salary that he supposedly had received for four years on the basis that former mayor Mercedes Alonso deprived the PSOE of having an employment officer and he could not occupy that position. He also asks to be registered with Social Security during that time.

The complaint recently filed by Joaquin Martinez, signed by the mayor in 2019 as advisor to the Department of Festivities, has transcended now and has to do with a conflict between socialists and popular that goes back nine years and that has been alive in the courts, even with the PSOE in front of Plaça de Baix, a stage in which, although it seems a contradiction, it defended the arguments of the previous councilor by not appearing in the lawsuit. The advisor alleges that the claim is made to request “rights that belonged to him” and who has now gone to court «Because it is when there is a final sentence»Of the Supreme Court that has come to ratify the previous two and for which it condemns the City Council to pay 914 euros in costs. Martínez explains that “all the deadlines had to be met” and assures that the claim was made to the City Council at first by administrative means. The current advisor was only able to provide his services to the City Council three weeks after the PP lost the elections until the tripartite took office, led by his fellow ranks, after the City Council was warned by the courts, which forced Alonso to to register.

Last February, the Contentious-Administrative Court 1 notified the demand of its advisor to the government team, obliged from that moment to activate the procedures to appear and assign the defense and representation of the interests of the Corporation in the appeal .

The origin of this controversy is from 2011, when the PP reaches the baton of command of the city after 32 years of socialist hegemony. The PSOE requested the appointment of two trustworthy people based on the representation obtained at the polls and the municipal group of the PP responded that “by criteria of budgetary savings, according to plenary agreement, the needs of the socialist municipal group had to be solved with an official of the City Council staff ».

The Socialists were not satisfied, on July 26 they again insisted on this matter, but in this case for the appointment of a single person. The requirements were followed on September 5 and 13 and on October 7 without success. On December 22, the plenary session approved a motion proposing the appointment of an official “among those of the Elche City Council in active service.” The PSOE then went to court because the person they trusted was not a civil servant and they considered that it was a continuous torpedo of their work. In the dispute, in September 2014, they achieved a first victory: the court agreed with the Socialists, declaring that “there is a violation of the right to participate in public affairs under conditions of equality”, under the same conditions as the Party of Elche and imposed the coasts to the City council of Elche. The ruling indicated that the executive’s decision not to appoint the official was not due to savings issues but rather “partisan, rewarding those who seem to have a political position more favorable to the ruling party and punishing the political opponent.” However, the Consistory, in the hands of the PP, decided to appeal in October 2014. The Superior Court of Justice of the Valencian Community ruled in favor of the PSOE in November 2017. In 2020, the Supreme Court sentenced the City Council to the costs.