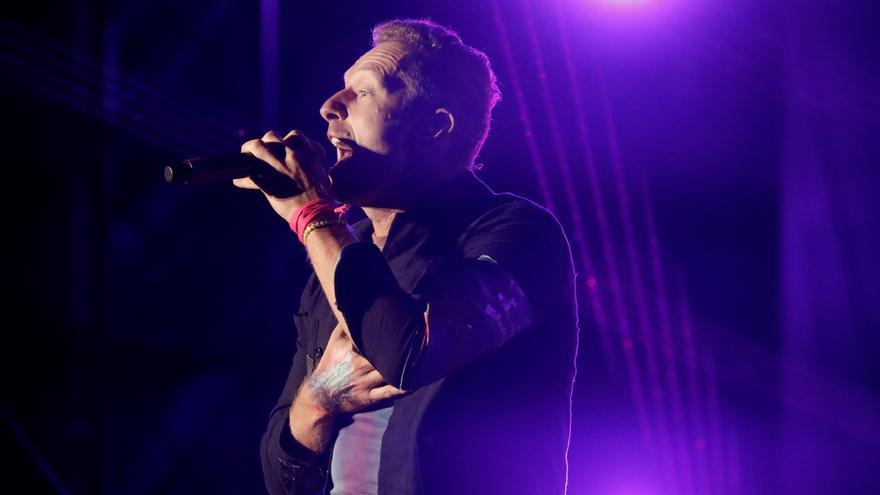 The world of music joined forces this Saturday to underline the imperative need to end hunger and defend the planet with Global Citizen, a colossal event in which more than 70 artists in 15 different cities participated, led by the New York concert, where they sang before 60,000 people Coldplay, Billie Eilish, Jennifer López and Paul Simon, among others.

It was about one of the first concerts of this magnitude to be held in the city of skyscrapers after the start of the pandemic, and the lack of practice was noticed, with a good number of failures in the sound system throughout almost the entire Big Apple event.

The worst victim was veteran Cindy Lauper, who was barely heard above the instruments in the two songs she performed, “Girls Just Want to Have Fun” and “True Colors,” which she dedicated to the women and girls of Afghanistan.

“We take you into account and we will continue to do what we can so it is known what you are going through, “Lauper said on stage.

Although much of the public had come to Central Park to see their favorite artists, Prince Harry of England and Meghan Markle also raised passions with their mere presence on stage, where they stayed for more than five minutes to demand equality in the distribution of coronavirus vaccines.

“Although in this country and some others you can go almost anywhere to get vaccinated, billions of people cannot do that, “Markle said before the tens of thousands of people present in the mythical New York park.

“This year it is expected that enough doses will be produced in the world to vaccinate 70% of the population in each of the countries, but It is wrong so many vaccines have only gone to 10 rich countries and not the rest of the world, “he added.

British band Coldplay, one of the highlights, made a clear effort to unify the world bringing various artists on stage with them, including Zambian singer Esther Chungu, who sang “Jehovah.”

They also performed the new single on which they collaborate with the popular South Korean group BTS, “My Universe”, in addition to some of his classics, such as “Yellow” and “Clocks”, the latter featuring the celebrated Chinese pianist Lang Lang on the keys.

Billie Eilish, delighted the youngest with hits from her first album like “” Bad Guy “, or” My Future “, from her recent album” Happier Than Ever “.

One of the couples of the moment, Camila Cabello and Shawn Mendes, also provoked shouts of excitement among the audience by performing together “Señorita”, while Jennifer López deleitó a su Nueva York natal con “Jenny From the Block”, “My Love Don’t Cost a Thing” y “If You Had My Love”.

“I don’t know why, lately I think a lot about love,” López said with a laugh, in clear reference to the relationship recently started with Ben Affleck, with whom he was already for two years at the beginning of the century.

The final surprise was given Paul Simon, former member of the mythical duo Simon & Garfunkel, who took the stage after Coldplay to remove the thorn after not being able to participate in the previous megaconcert in Central Park a month ago, after being canceled due to an intense storm.

Simon sang two of his biggest hits with Art Garfunkel, “The Boxer” and “The Sound of Silence.”

With the solidarity megaconcert, held within the framework of the UN General Assembly, the the richest nations in the world that before COP 26, to be held in the UK in November, they fulfill their promise to donate $ 100 billion annually to find a solution to the climate change.

What’s more, G7 countries (the most developed) and the world’s wealthiest citizens were urged to contribute $ 6 billion to feed 41 million people at extreme risk of famine, and to distribute at least 1 billion vaccines to countries that need them.