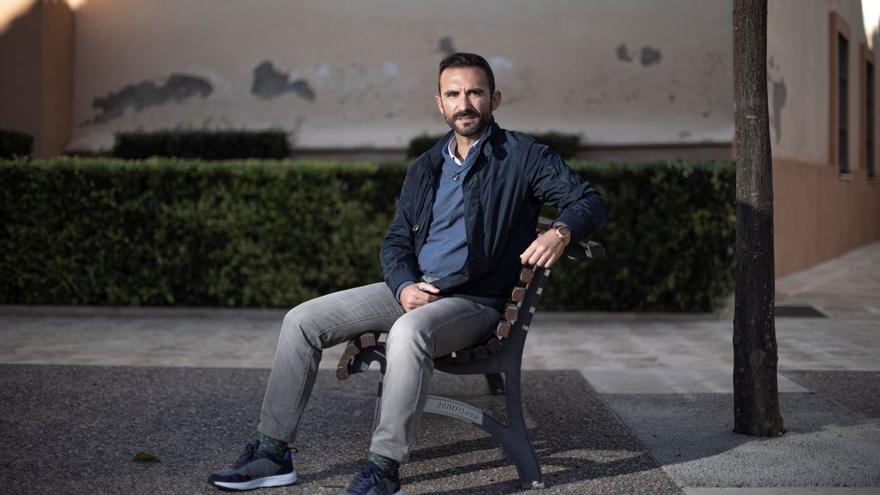 The heart of Fernando Nieto, a 44-year-old from Valencia, is very special. There are only four more like him in the whole world. Grandson suffers from strange genetic ailment, called Type XV cardiac glycogenesis, of which there are only five cases diagnosed worldwide and only one of them, he, is in Spain. He suffers from dizziness, a feeling of fatigue, arrhythmias and muscle weakness on a daily basis. He assures that this disease makes him live every day with “the fear” that his heart “stops working” at any moment.

Cardiac Glycogenesis suffered by Fernando is a disease very rare. The genetic defect that Nieto inherited from his two parents causes his body to accumulate excess sugar inside the cells of the heart. These excessive sugar deposits lead to heart failure which causes the heart to enlarge and lose its pumping power.

This Valencian explains that he inherited this ultra-rare disease from his parents, since both are carriers of the gene that produces it (GYG1), and his two daughters have also inherited it on their part, but not from their mother, so they are healthy carriers. “I suffer it every day, I live with a continuous fear that I may die at any moment,” confesses Fernando Nieto, 44, who affirms that the daily disabling symptoms are “brutal” and therefore demands that Social Security recognize his illness and grant you absolute disability.

“I’ve always lived with weird symptoms like dizziness or weakness but the analytics always came out well and being young they did not look at my heart, “he says, adding that he was diagnosed with this ultra-rare disease in 2017, after suffering a syncope, and he was sick for two years, the maximum allowed by law. .

Since then he has had to go to the emergency department on many occasions, both for suffering different syncope and stroke, until he was finally referred to the emergency room. Hospital La Fe de Valencia, in the Cardiology unit and in the specialty of sudden death, where they currently treat him.

In addition, he has a subcutaneous Holter implanted that alerts the Hospital if there is a problem in the heart since, he explains, he suffers many daily arrhythmias – “more than a hundred a day because my heartbeat is different”– and adds that the only thing that saves him is not having had heart failure.

“There is nothing else to do. I feel bad psychologically and I am losing my illusions”, says Fernando Nieto, who claims to be valued by an expert in gene therapy and that there is more research to find a solution to ultra-rare diseases like his.

Fernando Nieto has worked as an administrative worker in a fruit and vegetable company for 22 years. “Luckily the company helps me because some months things get worse and the absences from work are continuous”, details Fernando Nieto. He adds that after the two-year absence “he could not even walk” and had the same symptoms as when he started but when he went through the Medical Court they issued a resolution in which they sent him to work and the doctor who visited him during the inspection “did not I knew what a Glycogenesis was ”

“I live knowing that syncope can occur at any moment. Without losing consciousness, intense sweating appears and severe dizziness, arrhythmias and my heart stops working. After fifteen or twenty minutes it passes, “he says.

No treatment or research

For this ultra rare disease, of which there are only five cases in the world, there is currently no investigation or treatment, and the only possible one would be with gene therapy.

For its part, Esther Zorio, cardiologist and head of the Family Heart Disease Unit of Hospital La Fe, explains that glycogenosis are storage diseases, which can affect several organs, where there is a problem in the production of a protein in the human body, which makes it build up sugar inside cells.

In the case of glucogenosis cardiaca, he explains, can lead to heart failure if the heart becomes larger than it touches and also loses pumping power.

It meets the criteria of being a rare or ultra-rare disease because its frequency is low in the general population, says Zorio, who adds that it is a condition that has no treatment because the population to whom it is directed is so small and the investment so high “that sometimes it is very expensive for someone to start that path.”

“There are so few cases published in the literature and it has been known for such a short time that there is no specific treatment with which we can stop the progressive glycogen deposition in these patients, unfortunately, “he explains.

It highlights the importance of having multidisciplinary groups, encompassing many different specialties that, joining forces, can “better understand these rare diseases”.