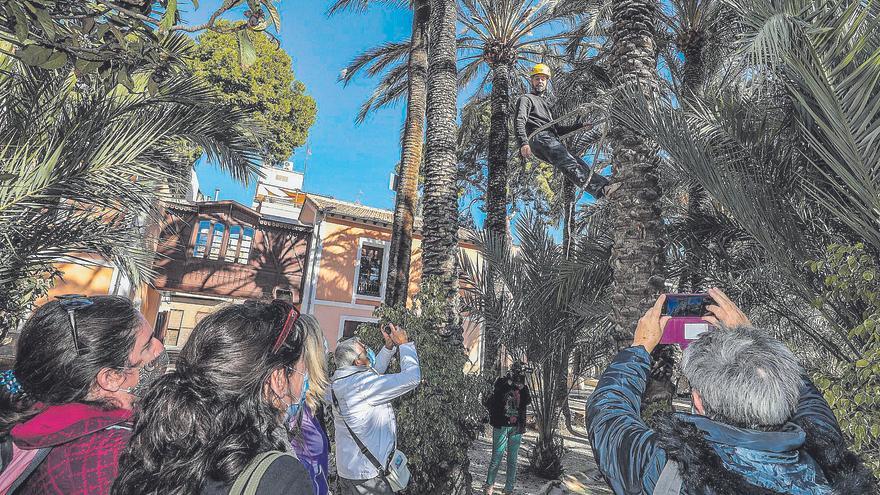 The Elche City Council is going to change its strategy to attract tourists in the next four years with a plan endowed with 600,000 euros for this 2022 that the government team intends to reinforce by attracting European funds (they will ask for two million euros) but also with the collaboration of private companies so that it can work.

The main municipal objective is to be able to obtain greater profitability from tourism, attract new national and international visitors and generate more jobs. Right now, this sector, according to the mayor, Carlos González, is linked to 9% of the employment generated in the city and the aim is to equal it to the regional GDP, which is around 16%.

VisitElche announced this Wednesday before businessmen and representatives of city associations, the general lines of a Strategic Tourism Plan and a Smart Tourism master plan that it has designed with the support of a consultancy, with the contributions of a hundred agents social events and visits to 30 different destinations to get ideas. And the result of all this has been the development of a package of 34 measures to implement between now and 2026. The Palmeral will be, according to the mayor of Tourism, Carles Molina, one of the first scenarios that are to be promoted to make it more attractive for tourism “its recovery is going to be very important to get much more out of it, much more experiential game,” he said. the responsible councilman, who also referred to the improvement of signage.

“With these initial 600,000 euros we have to fine-tune the destination, work on sustainability plans as a differential value and on Big Data to know the tastes of tourists,” explained Molina, who also stressed that the City Council is going to take care of is to “put the wickers” but warned that they need private enterprise to achieve their goals.

Also Read  'I was in love with my sexy manager': seven readers in their summers of love | Relations

In fact, in the presentation of the plan he acknowledged that VisitElche “cannot generate product” and therefore both he and the mayor emphasized the need to have a public-private partnership so that, after all, it can prosper. what they have presented.

Among the main lines, the strategic plan includes promoting the concept of “Sun and green beach”; congress tourism; film and advertising shoots; the “heritage oasis”; the gastronomy; family tourism; Elche as a city of footwear and its outlet route; sports tourism; senior tourism outside the usual seasons; ecotourism and natural spaces; “slow language tourism”, as well as creating two or three days of gastronomic, cultural and shopping experiences or improving the cultural programming and making it solid.

With all this, the government team aspires to increase the demand for tourists in Elche and also to look for new market niches.

And as an example, it seeks to consolidate visitors from the Valencian Community, Madrid and Murcia, who are the ones who most come to Elche within the national territory, but also attract other autonomous communities. The same is intended with international tourism and in addition to strengthening arrivals from France and the United Kingdom, it wants to attract tourists from Germany, Belgium, the Netherlands and the East.

A moment of the presentation of the strategic tourism plan, yesterday at the Congress Center. ANTONIO LOVES

The mayor showed his commitment to “firmly commit to this strategic plan in order to turn Elche into a relevant, sustainable and also economically and socially profitable tourist destination.”

For his part, the Autonomous Secretary for Tourism, Francesc Colomer, stressed that Elche “is very convenient for the Valencian Community, it is a city that gives us a series of values ​​and attributes to fight against standardization and vulgar proposals, especially when behind it there is a strategy to transform resources into tourism products».