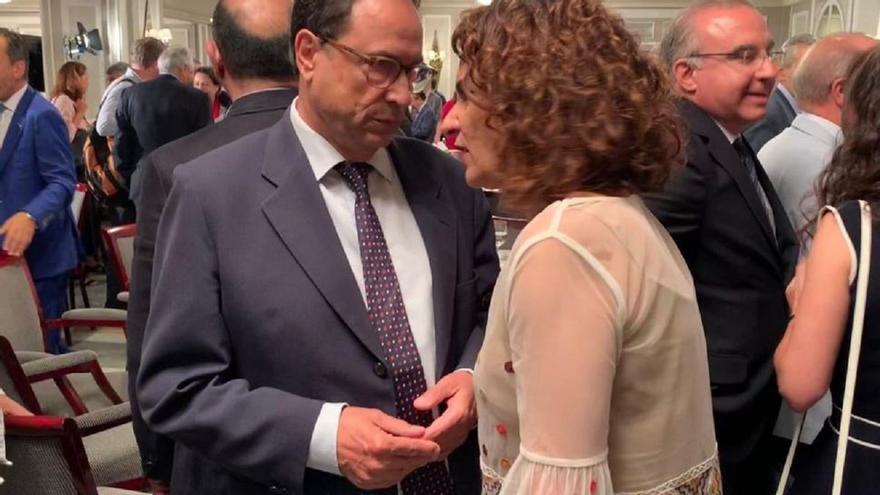 The economic laboratory of reference in matters of autonomic financing Fedea publishes today a note prepared by its director, Ángel de la Fuente, in which he summarizes the proposals of the Ministry of Finance to modify the current methodology for calculating the adjusted population and compares them with those of the commission of experts for the reform of regional financing (Cerfa) and the quantitative implications of both, using data from 2017, with respect to the current model.

The expert’s conclusion is that It is positive that the ministry maintains the nucleus of the proposal of the commission of specialists of 2017, but criticizes the use in the adjusted population formula of “variables to this that introduce elements of arbitrariness in the calculation of the spending needs of the Autonomous Communities “.

How it would affect the distribution according to the Fedea study.

According to this study, the Valencian territory would now have 97.3% coverage of its spending needs, where 100% would be the Spanish average. With the adjusted population proposal of the ministry, 95.6% would be covered. The fall would be 1.7 points. It would be the last in Spain behind Madrid, Catalonia and Andalusia.

It would not be the one that loses the most with respect to its current position, something that would happen with Galicia (2.69) and the Canary Islands (2.95). On the other hand, the report emphasizes that the spending needs attributed to Extremadura (+ 8.6%) and Aragón (+ 7.0%) are increased “very appreciably”.

The study states that “the most debatable part of the ministry’s proposal has to do with the introduction of two adjustments to this which means falling back into one of the most persistent vices of our financing system: the tendency to try to make ‘tailored suits’ instead of looking for sensible general distribution rules. This is in particular the peculiar distribution ‘by blocks’ of the fixed costs item that is proposed on the basis of a confusing and unnecessary exercise of analysis of clusters and the introduction with a shoehorn of a new indicator of selective depopulation designed expressly to give priority to certain communities “.

The department of Vicent Soler adds with respect to the report that the ministry gives a margin for its variables and Fedea has opted for a range that may not be the real one and that even the same range could be modified in the debate process. Therefore, consider that any calculation at this time is risky.