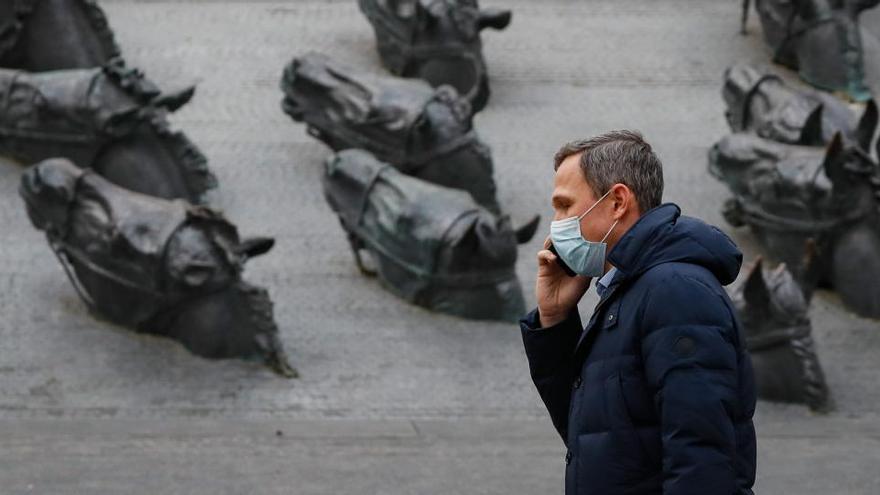 The researchers have published a study in which, based on a computational model, they simulate what the result of early use of antivirals against covid-19, once they are available in pharmacies, and their impact on the evolution of the pandemic in our country, reports the UPV in a statement.

The work, published in the journal Chaos, Solitons & Fractals, concludes that antivirals would help significantly reduce the incidence of the virus and avoid a collapse of the health system.

“Until an effective vaccine is found, it is necessary to continue to strictly comply with safety measures, but, in addition, the use of appropriate antivirals could be a good option to alleviate symptoms, control severity and prevent transmission,” explains José María Benlloch, CSIC research professor and director of the Institute of Instrumentation for Molecular Imaging (I3M), a joint center of the Polytechnic University of Valencia and the CSIC.

In the study, researchers have developed a computational random network model to study the transmission dynamics of covid-19 in Spain, later applying it to the simulation of various scenarios in which effective, accessible and cheap antivirals would be available.

“Fortunately, there are many antiviral candidates identified by various research groups around the world that could meet those conditions that we have called democratic, which would allow universal access to these drugs,” says Benlloch.

In the study, the researchers analyzed what the evolution of the pandemic curve in four different scenarios, and in the first one they simulate the incidence of the virus without having a universal antiviral, which is the current situation.

In this case, the figures provided by the computational model are that the number of infections will continue to grow during November, until reaching its peak towards the end of this month, the number of hospitalized would also continue to rise until the first days of December and the number of deaths from covid until early 2021.

“These simulations are carried out in the month of June and, unfortunately, reality is confirming the results we obtained in it “, asserts Rafael Villanueva, researcher at the Institute of Multidisciplinary Mathematics (IMM) of the Polytechnic University of Valencia.

Villanueva warns that, if the trend continues, for the last days of this month and at the beginning of December the figures that the model shows are “worrying” and therefore he calls for the “responsibility of all”, from all areas, to adopt measures that avoid reaching these figures.

In the study, the team of researchers from the UPV and the CSIC have also simulated the incidence of the virus, already having antivirals available, from different dates and with different transmission rates.

In the first of the scenarios, in which the percentage of people who have symptoms is low (15%) and the effectiveness of the antiviral is also low (35%), the model shows a significant reduction of more than 50% of people hospitalized in peak cases.

In addition, while the effectiveness of the antiviral significantly reduces the number of hospitalizations, it also delays the maximum by about 15 days and, consequently, the saturation of the health system, adds the work.

In the second scenario, increasing the transmission rate reduces the effect of antivirals, with a higher risk of hospital saturation and in the third, the researchers simulate a scenario with short-term availability of antivirals.

“In this case, the model makes it possible to verify the importance of having antivirals accessible in pharmacies as soon as possible, because any delay can reduce their impact, even causing their loss of effectiveness,” says Benlloch.

In this way, the computational model developed at the IMM-UPV shows that the use of effective antivirals would help reduce the impact on health resources and human lives that has occurred so far.

In fact, it concludes that even using low-effectiveness antivirals and communicating the disease to a low percentage of our contacts, it would be possible to achieve a significant reduction in hospitalizations, thus helping to avoid a greater saturation of the public health system.

The CSIC researcher, José María Benlloch, also adds the importance of immunomodulators such as vitamin D, which he says “could have the same effect as direct antivirals, helping to rapidly reduce the viral load of all those infected, stopping the chain of contagions and, therefore, reduce the peak of the second wave “.

As Benlloch explains, Reina Sofía hospital in Córdoba it has already carried out a pilot clinical trial with vitamin D “very promising in this regard” and considers that “it could be very convenient to raise the vitamin D levels of the entire Spanish population”.