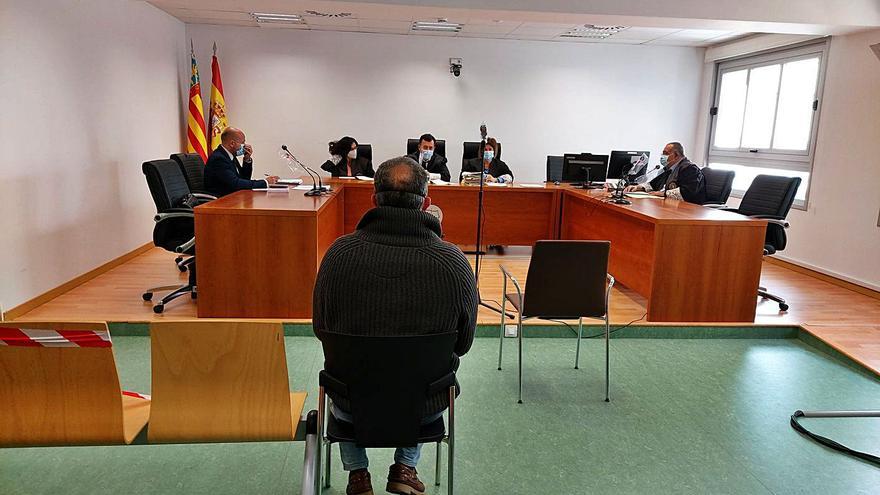 The defendant has collaborated with the investigation since the day the Civil Guard appeared at his home after concluding that it was the person who had sold the weapons that he seized from a british fugitive. He even gave them some weapons that he did not keep at home and that he had asked a friend to take care of the package, unaware of its contents. Among them was the submachine gun, a weapon of war whose possession is not allowed in Spain to individuals.

«Using this type of weapon to commit a crime does not make any sense. Many military families have them in their homes and many times they end up adding to the catalog of a collector, “he said. On the trail he went to look for medals and, when he had financial difficulties, he met a British man who was interested in buying some of his pieces through the person in charge of one of the stalls.

“If I had known who this person was, I would not have sold it,” he emphatically assured the court that was trying him for a crime of illegal possession of weapons. Accordingly, he was convinced that he had sold the weapons to another collector like him, because he could not conceive that they could be put to any other use. A seller on the trail had contacted the two in case they closed a sales deal. The defendant tried to explain that these types of weapons could not be used for any criminal activity because the most normal thing was that they would fail, given their age. Explanations that the court did not want to hear, because the weapons worked and had the capacity to fire shots.

The operation was triggered by the arrest of the British defendant in April 2016. The agents intervened a 1934 Mauser pistol; another FN model1900; a Marlin carbine and a total of 32 cartridges without firing. All of them in perfect working order. The investigations focused on finding the person who had sold them, for whom the agents only had a phone number.

Initially, the court was asked to intervene on the suspect’s mobile, in case it could be derived from the wiretapping that he was engaged in the sale of weapons on the black market. You listen to them they did not show any evidence of criminal activity, but of them the agents determined the address of the suspect and went to his house to make a search.

He admitted the facts from the outset and handed him the weapons that he had at home and others that were not there at the time and that he had asked a friend to keep them for him, without his knowing what was in that bag. In it was a submachine gun, which is considered a weapon of war. As he explained, it was an orange submachine gun, the kind used by the Republican side during the Spanish Civil War. Along with the submachine gun, another Wesley Scout pistol and fourteen other cartridges of different calibers were intervened. Other weapons that were returned to him for being in order were also seized.

The Prosecutor’s Office initially asked for seven years in prison, but this Monday it dropped to three when assessing the collaboration of the state with Justice and undue delays. The defense for its part asked the court to assess that the defendant has no prior record.