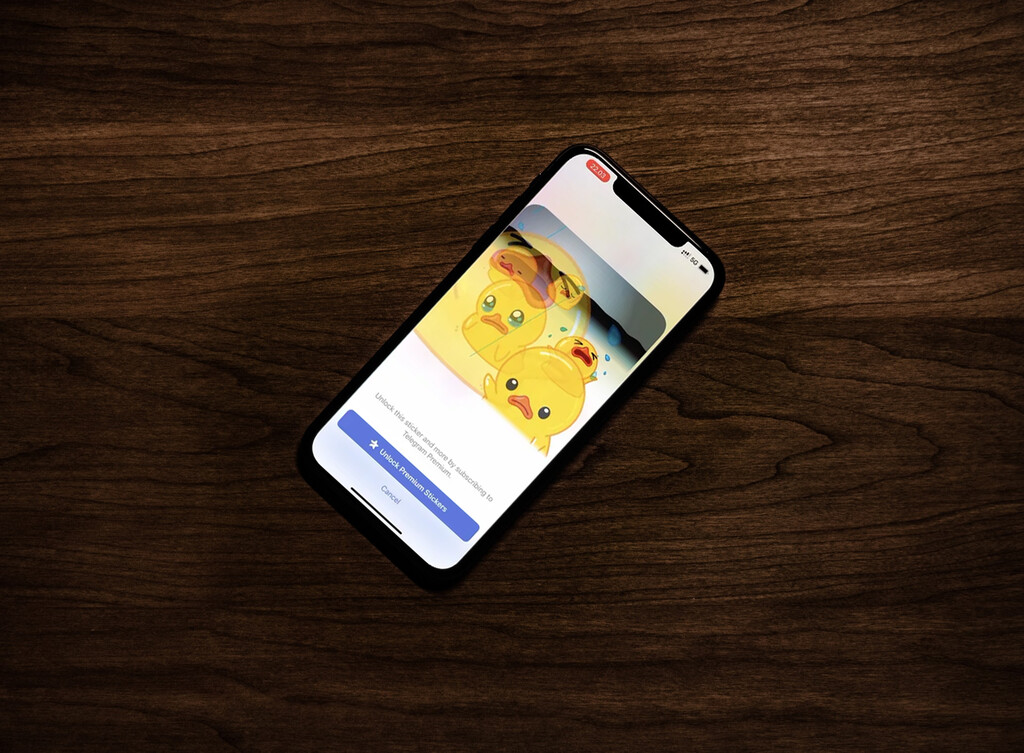 Telegram has long been exploring ways to generate revenue to sustain its growth. As a result of this need, the platform began to display ads on mass channels last year. The next step could be charging users to use “exclusive” features of the application.

According to the Telegram Beta channel, users of the 8.7.2 beta version of the iOS app found a feature in development called “Telegram Premium.” It is a subscription that would provide all those users who decide to pay the possibility of using exclusive stickers and reactions in the chats.

A subscription on the way to Telegram

As we can see in the image below, among the premium stickers we find a crying yellow duck, a celebrating crocodile, a fruity heart and a monkey making different gestures. In the reactions section, we see the rain of hearts, the happy clown, the thumbs down, the scare emoji, among others.

As this is a test, we do not know if the subscription could include more stickers and reactions, as well as other additional features. For example, the ability to remove ads in channels massive. Recall that Pavel Durov, the founder of Telegram, said last year that he would give users the ability to disable them.

We also do not have details about the price of the subscription and its possible arrival date. It should be noted that the features that appear in the beta versions of the application they do not necessarily reach the stable versionsso the Telegram subscription could be deployed at some point in the future or simply remain in this instance.

Manage your devices connected to Telegram: decide which one can receive calls or secret messages

In any case, given this scenario, many may wonder what will happen to the application. Would we lose some functions? Would we have to pay to use some of them? If we take into account a Durov promise made in the past, all Telegram features that have been free should remain free.

At the moment, Telegram has not announced any subscription, but we would not have to wait too long to clear up any doubts. In a few weeks, version 8.7.2 of the application (which is where Telegram Premium appears) will leave the beta channel and go to stable. There we could have more news.

In Xataka | In the future, WhatsApp and Telegram will be connected. At least if the European Union gets its way

A subscription with “premium” features appears in the Telegram beta: here’s what we know