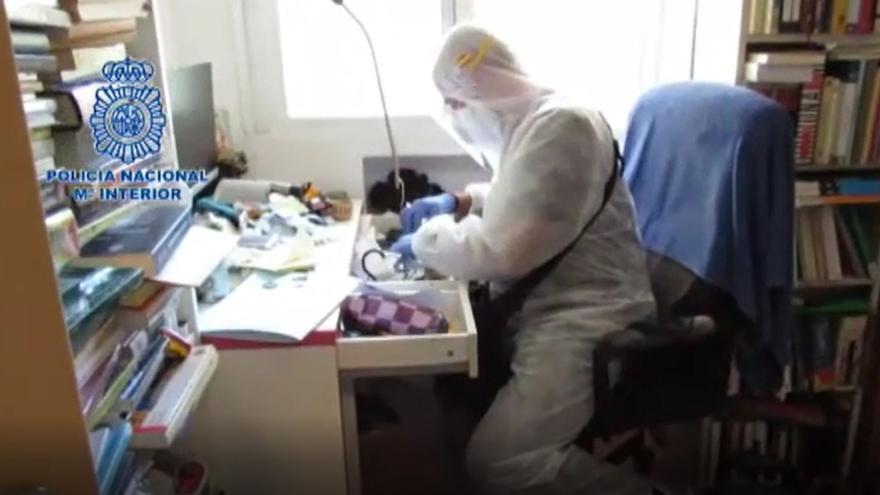 Researchers they have identified five of their victims to which he continuously induced the production of sexual images.

This 51-year-old man was expelled from the center where he worked after the facts became known, as reported by the National Police on Wednesday.

It was the school principal who denounced that one of his teachers had inappropriate relationships with female students between the ages of 14 and 16.

One of the minors stated that she had been contacted by said teacher through a social network and that he had sent her a video with sexual content starring himself. In addition, he proposed to have sex at his home.

He also stated that his younger sister, a student from the same school, had had explicitly sexual conversations with the now arrested man.

In those communications, photographs of sexual content had been exchanged and he had proposed to arrange a sexual encounter with her.

The agents searched the teacher’s home, where they located five mobile phones, three hard drives and a tablet owned by the detainee, in addition to a large number of files on child sexual exploitation of new production.

In addition to the large volume of material found, the researchers found audiovisual content belonging to two minors.

Once these young women were identified, they both said that they had known the teacher for two years and that they had maintained a virtual relationship in which they regularly conversed and exchanged material of sexual content.

They also knew each other since the now detainee had come to the vicinity of their homes on numerous occasions to see them.

The teacher had given both of them gifts, such as top-ups to the phone or a smartphone, in order to continue with the exchanges of sexual material.

In addition, one of the minors stated that the arrested man had once traveled to the same beach where she was with his family during the summer holidays.

Among the seized material, it was found that this detail was true and this man was even photographed by the family due to his suspicious attitude while lurking on the public highway in front of the minor’s room.

Investigators also found videos recorded by the arrested man, both on the street and in public transport, of minors and even his students in the classroom.

Along with all the unpublished content and localized new production, numerous files of child sexual exploitation were also found, the distribution of which is common in pedophile circles on the net.

The agents identified another minor of whom had material in underwear, which said that the investigated was his teacher and that repeatedly and during school hours always referred to sexual issues.

It also revealed that, once the school year was over and through social networks, they began to hold conversations whose main content was sexual and where requests for images were constant, causing their refusals to anger the detainee, who even asked some garment to the minor.

This situation, together with the constant demonstrations made by the arrested man about the possibility of having sexual relations legally when the girl turned 16 years old, provoked a deep feeling of anguish and terror in the minor when she reached this age.