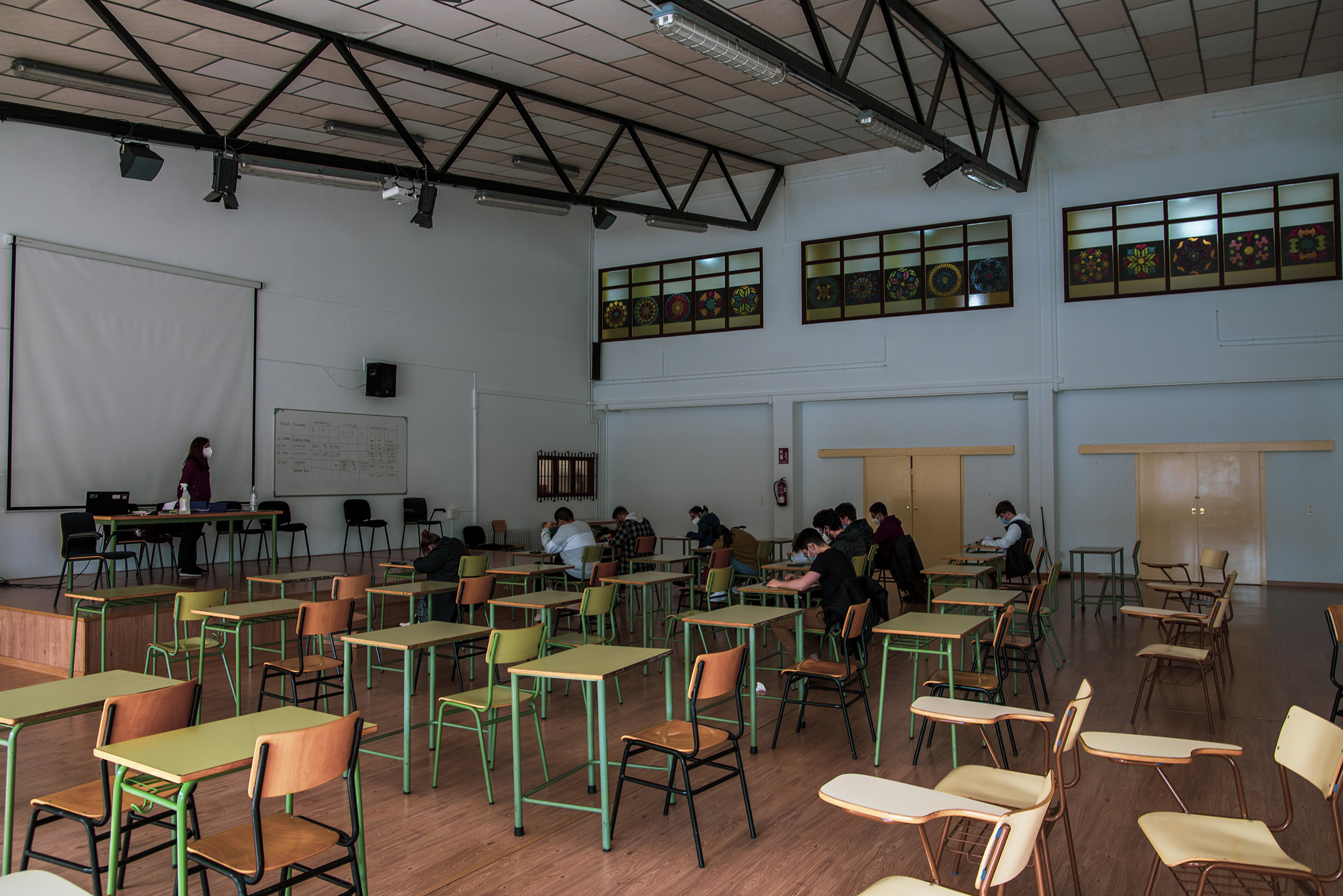 In 1854, when a cholera outbreak swept through one of the city’s neighborhoods, the doctor John Snow asked the London authorities to close the well from which a large part of the population drank. Snow had detailed an undeniable relationship between the infections and the consumption of water — contaminated — from that fountain. For the authorities, this request was peculiar, since the connection between cholera and water was completely unexpected. Snow’s work would end up causing a change in mentality when it comes to approaching epidemics: the infectious agent was in the water and its quality and wholesomeness had to be controlled. After the covid pandemic, similar measures should be taken with air quality, according to a group of scientists in the magazine Science.

A lounge, a bar and a class: this is how the coronavirus spreads in the air

Don’t breathe someone else’s air: how to avoid coronavirus indoors

It has cost many scientific discussions, but on April 30 the World Health Organization (WHO) finally admitted the role that aerosols play in contagion, virus-laden particles that remain suspended in the air in poorly ventilated interiors, and that can infect those who breathe them. Days later, the United States Centers for Disease Control they also recognized that covid infections occur through the air by inhaling these particles that a sick person expels when speaking, coughing or singing.

“Air can contain viruses just like water. The air in the buildings is shared air, it is not a private good, it is a public good “

The scientists who signed this article already warned of this danger in March 2020, with Lidia Morawska at the forefront and the Spanish José Luis Jiménez and Xavier Querol among the most prominent. Now that they have convinced the health authorities with scientific data, they take the opportunity to go a little further with the intention of preventing epidemics or diseases in the future. “In the 21st century, we need to lay the foundation to ensure that the air in our buildings is clean with a substantially reduced amount of pathogens, contributing to the health of the building occupants, just as we expect for the water that comes out of our taps.” , they write in the magazine Science.

“We should have virus-free air indoors”

Consulted by this article of Science and its implications, Miguel Hernán, an epidemiologist at Harvard University, considers that one of the few good things that the covid left us is a better knowledge about the transmission of respiratory diseases of viral origin. “Before 2020, many experts were reluctant to admit airborne transmission of most pathogens,” explains Hernán, who has not participated in the article. And he adds: “As the evidence of aerosol transmission of covid accumulated, this resistance was diminishing until it completely collapsed a few weeks ago with public recognition by the WHO.” The next step should be to prepare our societies to combat respiratory viruses of all kinds, agrees Hernán with the authors of the article by Science. “Yes, I think we are on the verge of a paradigm shift regarding the way in which society will deal with respiratory viral diseases in the future,” he sums up.

The article talks about keeping indoor air clean, which, as has been seen in this pandemic, can become a source of contagion by pathogens that remain in suspension if it is not ventilated properly. Far from being an academic discussion, this idea implies avoiding countless contagions by clearly distinguishing the risk of indoors with that of outdoors. If the danger of infection was only in the contagious drops that shoot out and fall on objects or the mucous membranes of a person (eyes, mouth), the difference would not be so exaggerated; however, it is estimated that only 0.1% of infections occurs outdoors, as shown a study conducted by Ireland. The WHO did not recommend wearing masks indoors, although the distance of one meter could be maintained, until December 2020, although there was much evidence of massive airborne infections at much further distance if it was a poorly ventilated interior.

Morawska, lead author of the article and director of the International Laboratory for Air Quality and Health at Queensland University of Technology, says it is necessary to move away from the perception that we cannot afford the cost of control. “We should have virus-free indoor air,” Morawska says. He adds: “We have provided strong evidence that airborne transmission spreads infections, so there should be international ventilation standards that control pathogens.”

“Air can contain viruses just like water and surfaces,” says Shelly Miller, professor of mechanical and environmental engineering at the University of Colorado. “The air in the buildings is shared air, it is not a private good, it is a public good. And we have to start treating it like this, “said Miller, who is also a co-author of the Science, on a note from your university.

Morawska ensures that none of this means that each interior space must be converted into a biosecurity facility, nor with the air hygiene standards that exist in hospitals. But it does claim that “a building must be designed and operated in accordance with its purpose and the activities carried out there, so that the risk of airborne infections is kept below an acceptable level.”