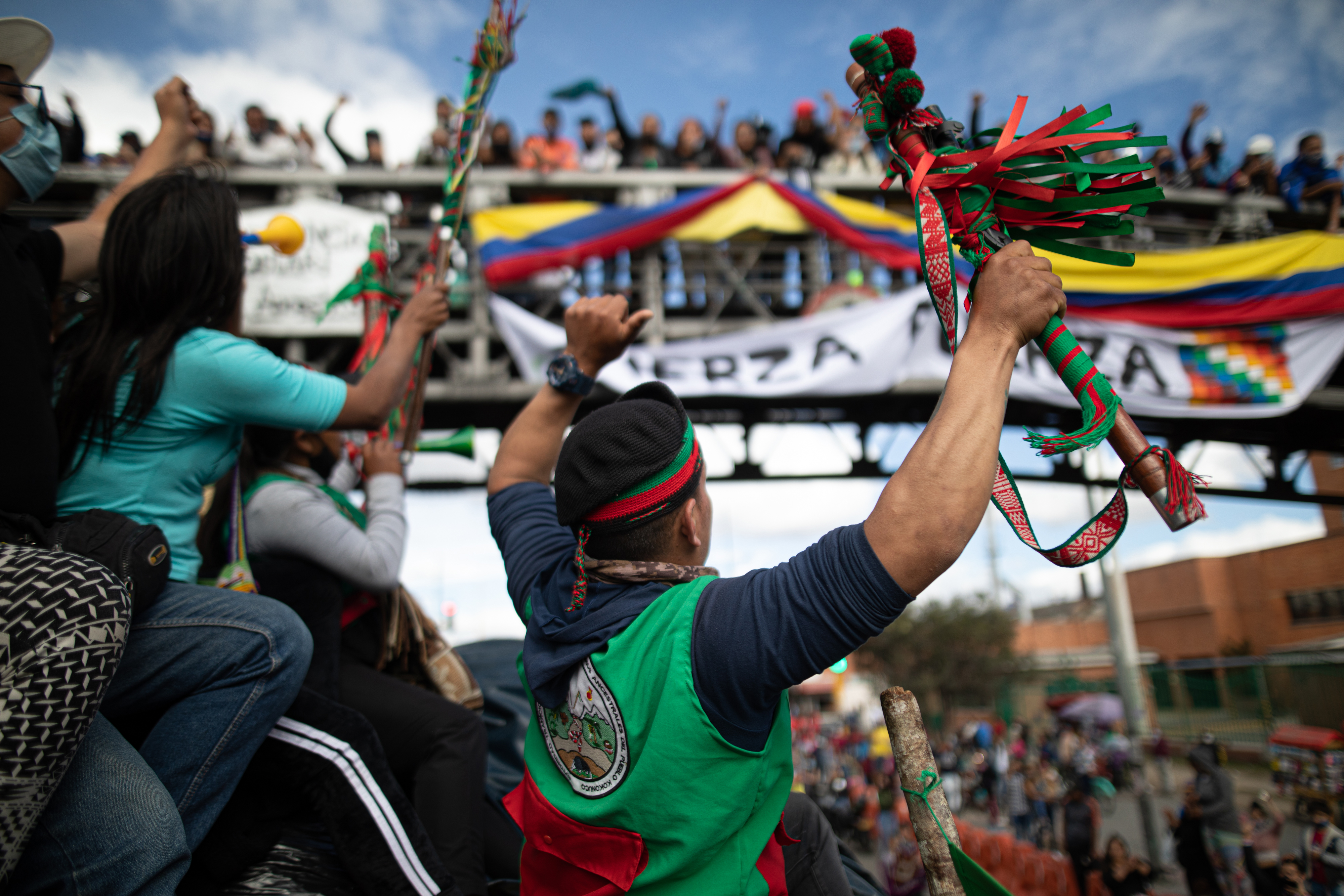 To say that in recent years there has been something similar to a chicha calm in Colombia may be misleading. The high rates of violence, the clash over judicial independence, the lack of progress in the implementation of the peace process would ruin any reasoning about a hypothetical tranquility. The problem is that to all this, today, more uncertainty has been added if possible: health, derived from the pandemic, of course; but also economic, with an alarming increase in misery and a tenacious cash problem. All of this, amplified by the 2022 elections, once again places Colombia in a moment that is usually recurrent in its history, when everything seems to be about to blow up … and ends up calming down. The tension is palpable in the atmosphere, also in the conversations, such as those held recently with a series of senior political leaders and analysts that give rise to a series of keys to envision the uncertain year ahead.

(Almost) everyone against Petro. Next year’s elections permeate any aspect and decision of Colombian public life. If in any other place in the world the drawing of possible candidates would be defined at this point, drawing a diagram in Colombia is chimerical, since the convoluted process of consultations in the parties can raise to about twenty applicants, which will end for being reduced to no more than five with possibilities in the first round, scheduled for May 2022, two months after the congressional elections. The only clear thing, talk from right to left, is that Gustavo Petro is the opponent to beat. The former mayor of Bogotá, a former M19 guerrilla, has undertaken a turn to pragmatism similar to the one that brought Andrés Manuel López Obrador to power in Mexico in 2018, attracting politicians of all colors but, above all, with powerful client networks and trying to scare the fear that for many sectors, mainly economic, would be the first leftist president in the history of Colombia.

In the progressive center, the bet of the former mayor of Medellín Sergio Fajardo, in a new attempt to achieve the presidency, is revealed as accurate as the amount of buts that appear every time his name appears. The expectations generated by the former Minister of Health Alejandro Gaviria entering the race are as many as the challenges that lie ahead: convince himself of his decision; later, add the structure of parties such as Liberal or Green, at the cost of a high price in his campaign. On the conservative side, it seems like a great alliance without it being clear the weight that the candidate of the Democratic Center, the party in power, the formation led by former president Álvaro Uribe with an iron fist.

Slowness in the vaccination plan. Like most Latin American countries, with the exception of Chile, Colombia suffers a considerable lag both in the arrival and in the application of vaccines against covid. Far from crying out against the more developed countries or the pharmaceutical industry, President Iván Duque shows an optimistic message that clashes with the data. This week it surpassed the symbolic barrier of one million vaccinated, about 2 doses per 100 inhabitants, approximately half that of Mexico, for example, although at a faster rate since it began to apply the doses later. To vaccinate 70% of the population before the end of the year, a goal that the authorities set, they will have to apply some 200,000 daily vaccinations: so far, the day that more have been injected has been 109,000 and this last week the daily doses have been of approximately 50,000.

A tax reform, camouflaged as social. Colombia will be the first country in the region – surely many more will follow – to implement a tax reform, as necessary as it is late for many; a containment dam with the markets in order to maintain the investment grade and another wick for citizen satiety, hence the concept of tax frightens the Executive, which strives to call it “social”. The truth is that for the aid provided by the Government to reach citizens, money is required and now there are 40% of products that are exempt from VAT. The president, Iván Duque, insists that food for daily consumption will not be taxed, but he does not finish giving a reliable explanation to the doubts generated by the reform that, clearly, will collide with a Congress immersed in the electoral process.

Also Read  Andrew Dominik on 20 years of Chopper: 'Ethics have nothing to do with it' | Films

Tension in the streets. One of the most recurrent phrases in any conversation is that “here there is going to be a street.” The pandemic has brought three million people back to the poverty line; The fuse that lit at the end of 2019 has not been extinguished – it was lit again with the police brutality of last September – and the growing xenophobia with hundreds of thousands of Venezuelans are pyrotechnic material in the middle of an electoral context. On the political level, there are many voices that warn, inside and outside the ruling party, that the economic and social setback, together with a vaccination plan that does not finish taking off, can be a burden for the Democratic Center undermine their aspirations in the presidential elections.

The chronic insecurity. Drug trafficking continues to be one of the great problems facing Colombia. The confrontations between dissidents of the FARC and ELN with other criminal gangs or in a “all against all” in some departments, does nothing if not perpetuate a chronic problem. Colombia no longer registers the great massacres that it may have suffered in the past, of dozens of people, but the killings are constant. As of March 17, there have been 17, with 65 victims, most of them social leaders -Colombia is the country with the most murdered environmentalists on the planet-, a drain that the Government is unable to remedy. The perception of insecurity has also skyrocketed in large cities, such as Bogotá. A recent survey pointed out that 76% of residents of the capital feel more insecure, 16 points more than 2019, especially in the face of increases in robberies.

A report to reconcile the country. Colombia will see how the Truth Commission that emerged from the Havana peace accords between the Government and the FARC will deliver its report to the country after three years. What was presumed as a watershed in the country’s reconciliation may exacerbate the already growing polarization, as the Executive, the ruling party and critics of the pact have not granted a millimeter of peace this time. Meanwhile, from the ranks of ex-combatants there are continuous calls to accelerate the implementation of the agreements that put an end to the slaughter of leaders and facilitate the incorporation into civil life in rural areas, the hardest hit, in turn, by the violence. The devastating report of the Special Jurisdiction for Peace (JEP), which raises those known as false positives to more than 6,400, has once again targeted the main opponent of peace in Havana, former President Álvaro Uribe.

Also Read  The young women of the Community read more

Uribe and justice. There is no figure that encompasses so many views in Colombian political history as that of Álvaro Uribe Vélez, whom many still refer to with both surnames. 20 years after he came to power, the country looks at posuribismo, although it still cannot feel it. The wear is such that the legacy of the former president faces the paradox that, after eight years in power and having appointed the two presidents who have succeeded him -Santos chose to break with him once in power, something that Uribe has neither digested nor forgiven, ended up leaving a leftist president in power. Meanwhile, next year will continue to be marked by the judicial process that it faces and that has produced a total collision between one of the institutions on which the State is founded, the Supreme Court, and the Prosecutor’s Office, inclined to acquit Uribe. In the environment of the former president they assume that the process will be inevitable. A trial that would come in the middle of the electoral campaign. More pyrotechnic material for the Colombian powder magazine.