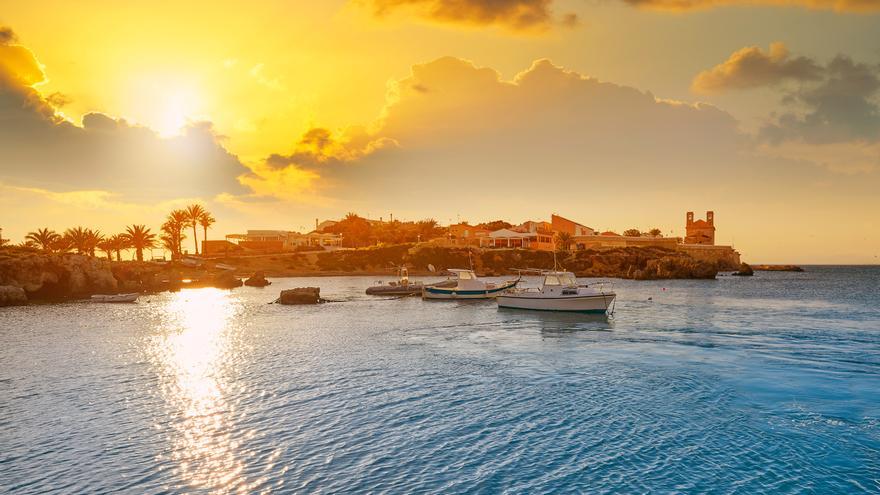 Beyond its imposing Blue Flag beaches, the city of Alicante is home to numerous monuments and cultural assets that reveal an exciting past, influenced by the proximity of the Mediterranean Sea. In the old town you will find the Town Hall (which houses the City Hall), The Basilica of Santa Maria, the Concathedral of St. Nicholas, the hermitages of Santa Cruz and San Roque, among other buildings of historical interest.

On the Esplanade you can admire the Casa Carbonell and in the downtown area you can see the Post Office, or the beautiful source of Luceros. You can also visit the Alicante Central Market, and very close, you will find the bullring or the old tobacco factory, which is now called Las Cigarreras and is a formidable cultural center.

The walk of the Esplanade It is one of the most emblematic places in Alicante, although there are other walks and gardens that will surprise you for its surroundings and for the majesty of some of its centenary trees: the Plaza Gabriel Miró, the Portal de Elche, the Canalejas park or the Pantheon of Quijano. If you like palm trees you can not stop visiting The Palm Grove And if you are looking for sunrises in front of the sea, the Paseo de Gómis will be a success.

The Alicante museums They are attractive and surprising to complete your experience in the city. The MARQ is one of the best archaeological museums in our country and has exhibitions of international interest, both from collections own as well as pieces loaned from different museums around the world.

The monumental complex of the Torres de la Huerta and the Monastery of Santa Faz are other of the most important historical and cultural points of interest, but without a doubt, the two «crown jewels» of Alicante -without detracting from the rest of the heritage- could well be the Castle of Santa Barbara and the island of Tabarca.

The fortress of Santa Bárbara de Alicante stands on the monte Benacantil, at an altitude of 166 meters above the Mediterranean Sea, and from there see the entire bay of Alicante, which gave it enormous strategic value in terms of territorial control.

The Castle of Santa Bárbara and its “Face of the Moor” is the main symbol of the city. Courteous pillar

Its origin dates back to the end of the 9th century, when the first fortress was built medieval islamic at the top of the rock. However, it was not until the reign of Felipe II that the great reform and expansion of the castle (16th century), with the dependencies that we contemplate today, took place.

After years of attacks and defenses, it would not be until the end of the 19th century when the castle was finally dismantled. We are facing a very important fortification military which has survived in time for practically ten centuries, and in which up to four enclosures can be distinguished with their own internal properties and particularities. From the highest part, known as “Macho” of the castle, where the first medieval fortress was located, to the lowest part where constructions made throughout the Modern Age survive.

Declared as Asset of Cultural Interest Since 1961 and being one of the most visited castles in the Valencian Community, the singular way in which the rocks on which the fortress is located stands out stands out as a curiosity, forming the well-known “Face of the Moor”, which hides a sad and beautiful legend that everyone from Alicante knows.

The small archipelago of New Tabarca O Isla Flat, better known as the Isla from Tabarca, is located three nautical miles off the Cape of Santa Pola, although administratively it belongs to the municipal term of the city of Alicante, from which it is about eleven miles. It is the only inhabited island in the Valencian Community, and a fact that truly draws attention: it is the smallest permanently inhabited island in the Mediterranean, which makes it a enclave of great interest, both from the geographical point of view, as well as heritage and tourism.

From the Castle you can see the entire bay of Alicante.

The high strategic value that the small island has had throughout history has undoubtedly been one of the reasons (apart from the richness of its waters in terms of resources fishing boats), so since at least Roman antiquity this tiny archipelago has been visited and occupied at different times.

Today, and as heir to an entire historical past, Nueva Tabarca is a destination of great interest, and this is reflected in its maximum protection figures: since 1964 it has been a Historic-Artistic Complex, currently a Site of Cultural Interest. Regarding their values natural, highlights the declaration in 1986 of the Marine Reserve of fishing interest to its environment marino, the first declaration of its kind that was made in Spain.

This outstanding heritage that the island encloses is agglutinated in the New Tabarca Museum, a cultural facility that the Alicante Town Hall It opened there in 2004.

With the aim of continuing to value the rich historical and cultural heritage of a city like Alicante, the City Council has recently proposed an initiative to resume the UNESCO World Heritage nomination project for the historical defensive complex of the city with a theme based on the «Innovations of the Renaissance and Enlightenment engineering of Alicante within the Mediterranean territorial policy of the Hispanic Monarchy», whose pillars, in terms of monumental landmarks, would include the Castle of Santa Bárbara , the Alicante reservoir (Tibi), the Torres de la Huerta monumental complex, and the Nueva Tabarca monumental complex.