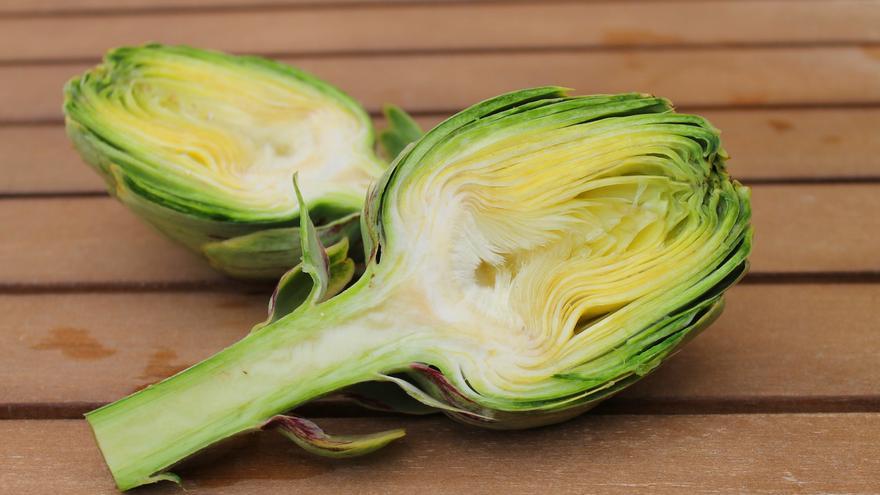 “We have heart” is the tribute that the Artichoke Association of Vega Baja has wanted to provide to all the people behind this crop and the territory that makes it possible.

All this is captured in a video of just over two minutes where you can see a representation of the 5,000 direct jobs generated by the Vega Baja artichoke through multi-generation farmers, of people who work in canning companies, in packaging warehouses, in auctions and transporters; among others.

Together with these people, it is also shown what this product symbolizes for the region from the point of view of the identity of the territory, its landscape, the environment, the hydraulic heritage, the tradition and the values ​​of the garden, as well as the repercussion it has for the gastronomic, tourist and as economic engine of the Vega Baja.

In the video there is a representation of 5,000 direct jobs generated by the Vega Baja artichoke

The union of all these images and the protagonists of them result in a very emotional video, which reaches the hearts of people and who has managed to have a great impact on social media in a very few days.

In fact, in just over 24 hours this video has exceeded 30,000 views, has reached more than 54,000 people and has shared more than 600 times in Facebook, to which we must add the interactions from other profiles and social networks such as Youtube e Instagram.

The campaign, which has the support of the Provincial Council of Alicante, tries to play with the term heart because it is the most precious part of the artichoke. Presenting a symbology of the heart of all people that make it possible for this crop to come from the garden to the table and with the importance it has for a territory that beats again after the DANA disaster.

In this sense, the president of the Artichoke Association of the Vega Baja del Segura, Diego Martinez, has indicated that the objective of this campaign is “to reach consumers so that they know all the people who participate in this process and the effort what it means ”, because, as Martínez says,“ both the planting and the collection, handling, packaging and preserving it is done hand in hand, one by one”.

The whole process of the artichoke is done hand in hand

“Many times we go to the point of sale, buy the product and we are not aware of the work behind of the same nor the repercussion it has in terms of job creation, nor the transcendence you have for the growing area, nor the movement that is generated around him ”.

Furthermore, Martínez continues, “we pretend that the buyer knows the origin of the productlook at the fine print on the preserves to find out if that artichoke is national or imported and that I bet on a responsible consumption that goes through seasonal, local products that create jobs ”.

On the other hand, from the Asociación Alcachofa de la Vega Baja also appeals to the solidarity of the consumer to purchase products from this region that has been suffering from the DANA, disaster in which 60% of production was lost.

“Lots of farmers lost it all last year and the best way to help them this year is to consume their products as a show of support and solidarity ”, concludes Diego Martínez.

In the video, which can also be seen on social media and website of the Artichoke Association of la Vega Baja, we have worked on an image around the concept ‘We have a heart’ to generate content in social networks linked to the campaign.

In this content, it appears the leaf of an artichoke inverted which is shaped like heart human. Inside, as the artichoke season progresses in Vega Baja we will be able to see and know the closest stories of the workers, the landscapes of the orchard, the companies that are part of the association and interviews with the mayors of the municipalities that are part of the Alcachofa de la Vega Baja Association.

Jewel of the Huerta

La Vega Baja is the second most important artichoke producing area in Spain, are the main national exporters of artichoke and it is the most important area of ​​the Valencian Community. In addition, the region is characterized by having a reference canning industry.

The artichoke of the Vega Baja is known as the Jewel of the Huerta and stands out for its quality, it’s an artichoke very tender and has a special flavor. And all this thanks to the experience and wisdom of its farmers and the ideal conditions that the region presents for this crop.

Without a doubt, it is one of the star products of the Vega Baja region that has achieved a great promotion and diffusion from the hand of the Asociación Alcachofa de la Vega Baja.

On the part of the municipalities, Town councils that are part of this project are: Almoradí, Benejúzar, Callosa de Segura, Catral, Cox, Dolores, Orihuela, Rafal, Rojales and San Fulgencio.