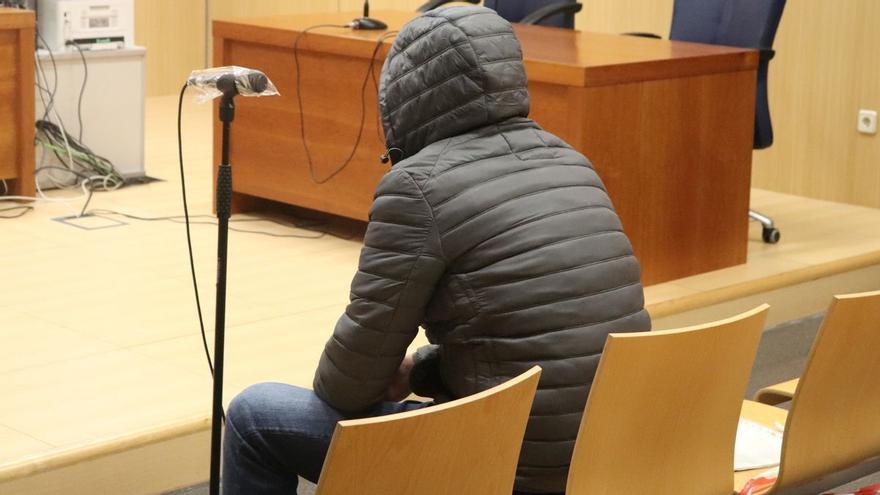 The Court of Valencia he has sentenced to 35 years in prison for the review teacher and owner of an academy in a municipality in the region of l’Horta for sexually abuse of eight students minors during classes. all the girls had between 14 and 16 years old and he always acted in the same way: he stood behind their backs and, with the excuse of explaining some task to the minor or clarifying any doubts, he slipped his hand from their shoulders, grabbed their breasts while covering the scene with his arm from the eyes of the child. rest of the students who were sitting around the table. The touches could be in the breasts, on the genitals, or both, and they happened over three years.

Sergio TT, who has been acquitted of one of the nine crimes of abuses that were attributed to him and condemned by the other eight, took two years to be denounced, because the girls were terrified and they feared that no one would believe them, especially since they did not know each other and did not speak. It was two years after one of the abuses that one of the girls gathered the courage and took the step of denouncing it.

From there, eight other minors were added, all of which offered a same story despite not knowing each other. The now condemned, during the trial, not only denied the abuses attributing them to “misinterpretations” of the girls and hiding behind unbelievable excuses, but he even went so far as to say, to the surprise of the court, that he actually believed that he had been reported because “that was in March 2018 and I think they were influenced for the feminist demonstrations of 8M. But this is a hypothesis, eh?

The minors made it very clear in the trial how the abuses took place. Thus, one of them declared in court that “it was not a day and by mistake. It was repeated almost every day. A touch is not taking a breast and squeezing it. He put his hand out and squeezed. That is not accidental. He was very aware of what he was doing.” Also, why the complaint was delayed: “He was my teacher. I, in the academy, was improving; I was tied. I just wanted to finish ESO and forget about it. We were girls! We were 15 years old and afraid that they would deny it.”

One of the minors never wanted to accuse

Sergio TT was tried as of last November 9, in several sessions, after the hearing suffered a day of delay because his lawyer said he was indisposed the first day scheduled to start the oral hearing. The pederast has also been sentenced to 5 years probation, which will be fulfilled when the prison sentence ends, as well as a global compensation to the girls in 36,000 euros and to fulfill the order of distance of 500 meters on each of them during the time of imprisonment for each crime plus two years, in addition to paying eight parts of nine of the costs (the ninth part is not charged because he has been acquitted of one of the crimes).

The acquittal in the ninth case is supported by the fact that it was his mother who went to court in March 2018, shortly after the first complaint, and expressly requested, according to the judgment now, which “the precautionary measures against Professor in relation to his daughter”, who He never wanted to join the complaint of the rest of the minors because, in his case, he said it had happened only once and in such a slight way that it was not clear to him that it had been intentional. Despite them, the Prosecutor’s Office included the case of that minor, but now the court of the third section of the Audiencia de València leaves her out and condemns Sergio TT only for the other eight cases.