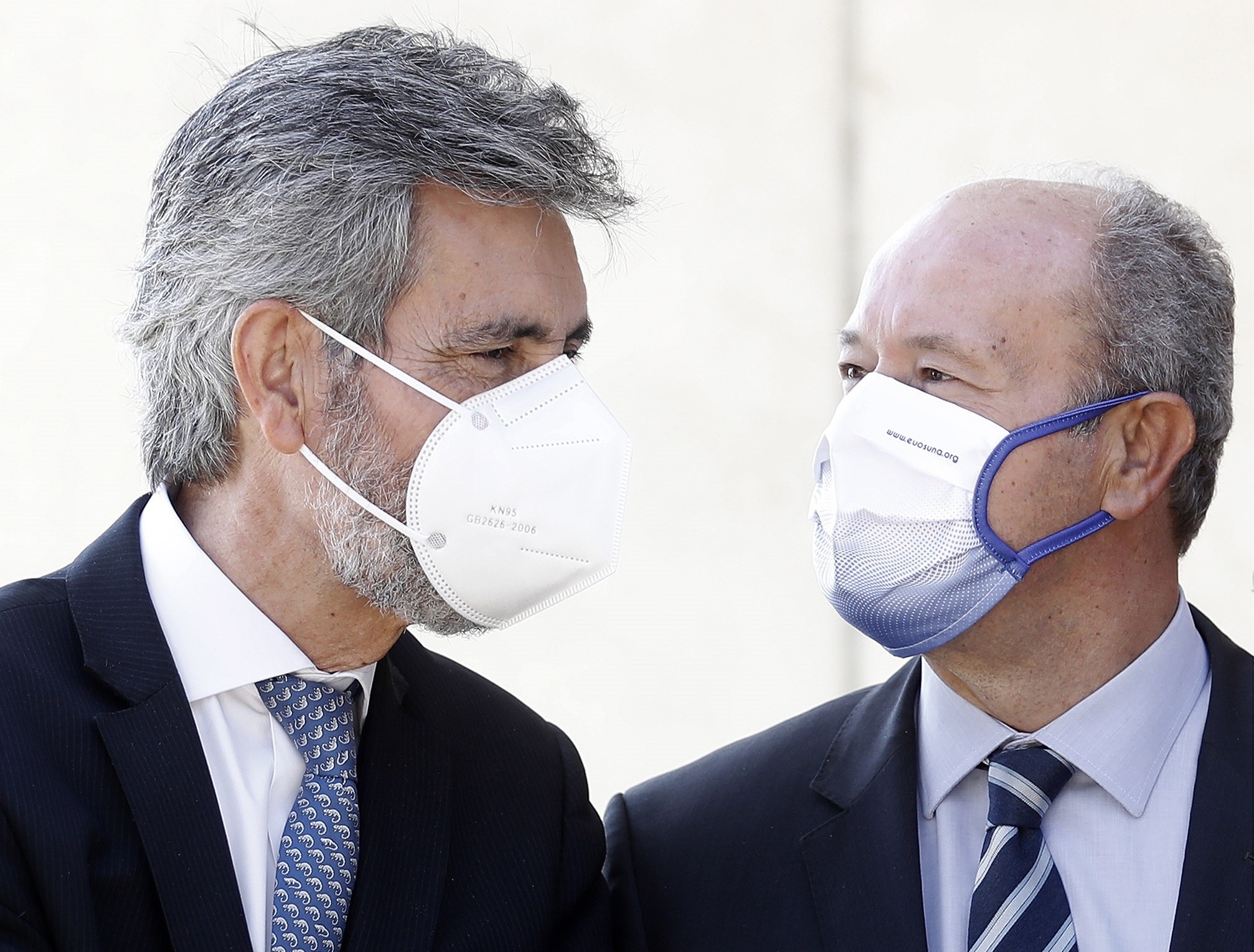 The year 2020 has been marked by four skirmishes between the Government and the General Council of the Judiciary since, in January, the Second Vice President of the Government, Pablo Iglesias, criticized the judicial treatment of the independence leaders, until the current struggle for the no renewal of the organ of judges.

Iglesias and the process. On January 14, 2020, a week after the inauguration of the first coalition government of this democratic stage, the new second vice president, Pablo Iglesias, leader of United We Can, criticized in Antena 3 some judicial actions in Europe against the pro-independence leaders in Catalonia sentenced by the Supreme Court in October 2019: “What has happened is that many European courts have taken away our judges’ reason. That is a humiliation for the Spanish State ”. The permanent commission of the General Council of the Judiciary unanimously approved the following day a statement in which it appealed to “moderation, prudence, measure and institutional responsibility” to avoid questioning “the independence, impartiality and professionalism” of the judges .

The appointment of Delgado. The Government proposed on January 16 to the previous Minister of Justice, Dolores Delgado, as the new Attorney General of the State and the Council of the Judicial Power questioned that it was done without her report and even silenced her suitability for the position, limiting herself to accepting that It qualified. Seven members of the CGPJ cast a private vote considering it “not suitable” due to its political background.

The King and the judicial year. After the summer, in the delivery of dispatches to the new judges, the president of the Council, Carlos Lesmes, appointed in 2013 when the Executive of Mariano Rajoy was still in power, opened another crisis when the absence of Felipe VI from the act and reveal that the monarch would have liked to come. That confession, after a telephone conversation with the King, was interpreted as that the Government had not let him be due to the proximity to the anniversary of 1-O and the sentence against former Catalan president Quim Torra, an interpretation encouraged by various confessions of the Minister of Justice, Juan Carlos Campo.

The non-renewal of the CGPJ. The 20 members and the president of the Council fulfilled their five-year mandate in December 2018 and, therefore, have been extended for two years due to the lack of agreement between PSOE and PP to proceed with their renewal, which requires the support of 210 deputies congressional. The PP has blocked several almost closed agreements. The president of the CGPJ has sent several letters of complaint to the Cortes. In October, fed up with waiting, PSOE and Unidas Podemos presented a project to reform the law that regulates that body of judges that further alleviated tensions by changing its election system instead of with three-fifths of the Chamber to only a majority. The opposition and even the EU Justice Commission raised complaints. The president paralyzed that rule to invoke a pact with the popular leader, Pablo Casado, which is not in sight.