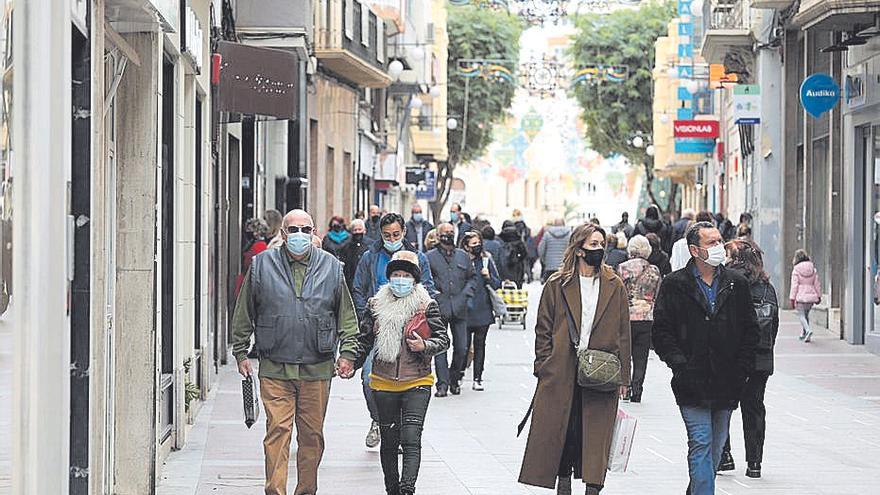 It’s one year since our nation and the rest of the world are being ravaged by a pandemic that devastates any corner of the planet. Since the State of Alarm began, on March 14, 2020, our municipality has gone from having a few cases of infections to the terrible figure of 22,967 cases and 232 deaths. For several weeks, our city offered brutal incidence data since we reached over 2,000 infected per 100,000 inhabitants, which made ours one of the municipalities with the worst data in the entire nation.

Faced with this health, social and economic crisis, the Municipal Group of the Popular Party It has been able to assume the responsibility that fell to us, showing, at the same time, a necessary institutional loyalty. We have worked to help all the people of Elche in this difficult stage that has torn many lives, too many families; We have proposed measures, provided possible solutions and even drafted bases to develop a municipal rescue plan for the services sector in Elche.

In front of this institutional loyalty that we offered, that political responsibility that touched, we have found a government of PSOE and Compromis that has stood out for three features: lies, opacity and lack of institutional respect.

Lack of transparency: PSOE and Compromis have been a government characterized at all times by opacity in management. In a context in which the people of Elche demanded and demanded understanding and dialogue, the municipal government has dedicated itself to preventing opposition work and applying the roller without any shame: Sindic de Greuges, Municipal Secretary, Conselleria, the courts and the Government of the Nation have revealed the chaos of the management of González and his team as well as the deep contempt they feel for the opposition councilors.

Lack of institutional respect: González’s refusal to dialogue, to be accountable and to facilitate our work has revealed the lack of institutional respect that exists in the Elche City Council. During this year we have seen and suffered how each and every one of our proposals has been rejected, ignored and belittled, showing that sectarianism is the only political guide for PSOE and Compromis. Of 220 initiatives related to the pandemic, not a single one has been assumed or accepted by González and his team.

A year of pandemic in Elche

Some of the most prominent have been:

Establish a aid item (over 8 million euros) financed directly by the contingency fund, of direct aid to entrepreneurs who have had to close their business due to administrative imposition (confinement from March-April 2020 and provisions of the Consell in January-February 2021)

Discount of 90% of the Tax on Economic Activities (municipal section) and Tax on Real Estate for all properties destined for leisure, hotel and commercial uses, which by their nature are forced to close; If the property is in a rental situation, it will be applied to the rental fee while the government guidelines remain.

Discount 25% of the Tax on Mechanical Traction Vehicles for professionals and self-employed.

100% discount on the rate for private uses or special use constituted by the occupation of public land by tables and chairs for profit.

100% discount on the rate of collection and transport of urban solid waste and the private use or special use for the entry of vehicles through the sidewalks and reservation of public roads for exclusive parking lots, loading and unloading of goods of any kind for companies.

100% discount on the fees derived from the activity of an administrative concession during the period of inactivity.

Help for families in vulnerable situations, affected by the suspension of school canteens

All of these, plus another 200, have been systematically rejected. The “why” of this rejection we have answered previously. The consequences are suffered by the people of Elche.

But the underlying problem lies in the very “head” of this group of councilors: Carlos González. Talking about him is talking about the past. Since 1995 he has not done anything remarkable in politics nor has he had the slightest interest in changing anything. It is part of a dying “system” that is no longer able to respond to any challenge. This man lives in a permanent, unrealistic dystopia of photos and propaganda created by his “court” of the Mayor’s Office. And, meanwhile, Elche goes from loop to loop, wrapped in the same old problems, without making progress. Patches here and there. A municipality that has been a vanguard in many things in a passive and anodyne state, like the character of its mayor. A day to day determined by the “blind sticks”. And their inability has not only been demonstrated in terms of the management of the pandemic in our municipality but in all municipal management.

The irrational traffic changes promoted by a party that has two councilors after having lost two in 2019 (all consented to by González) without having internal reports or the Local Police itself are one of the best examples of the level of chaos in which the city is submerged. But there are many more: the setback that the suppression of PATIVEL has meant for González (with his passive attitude once the outcome was known); the unilateral rescission of the Market contract, the absence of a real tourism project, the absence of a shock plan against the underground economy, the unblocking of the expansion of Elche Parque Empresarial, the firm and capable demand of the investments that touch us and that are delayed without limit. Anyway. Peering into the reality of the city of Elche is devastating … and seeing González, contemplating the stage, with that self-satisfied smile saying that “everything is fine” is worrying for everyone.

It is urgent and essential that these gentlemen leave the government in 2023. They no longer give more of themselves. They have had two opportunities and they have not been able. González will benefit from a few years in private business. It sure helps you see things differently.

There are just over two years in the legislature. We are prepared to continue offering certainty and hope to the city and to form a project that will obtain the support of the majority of the people of Elche in 2023. We have the best team, with the best ideas, with strength and with the desire to build a new city and to demand, before anyone, what Elche needs.

I am sure, and I affirm it with my heart and soul, that the future of this city is hopeful. I feel capable and prepared to be everyone’s mayor and take charge of this great city that we love so much. May 2023 will be the beginning of a period of splendor, hope and deeds for all of us.