The response of the Government of Mexico to the schooling of many indigenous children during COVID-19 does not consider their realities, thus inhibiting many of them from attending virtual classes. Some teachers from the Nahuatl, Purépecha and Zapotec peoples have had to manage to meet the needs of their students, but they are finding solutions within the communities, in their knowledge, values, and activities. From this situation, questions arise about the rights and desires of native peoples, and one in particular: who determines their education?

Mexico is the country with the greatest linguistic diversity in Latin America. More than 7% of its population speaks one of the 364 variants of the 68 indigenous languages, and one in five people identifies as native. The General Directorate of Indigenous Education promotes the bilingual intercultural education program in rural communities, where the majority of this population lives. However, the curriculum does not sufficiently consider the linguistic rights of indigenous peoples. According to the teacher Bini Xidza Nelson Martínez Pérez, from the municipality of Tanetze, Zaragoza, Oaxaca, “[En el currículo nacional] there is no immersion in indigenous languages, only classes of a few hours from preschool to sixth grade. “ 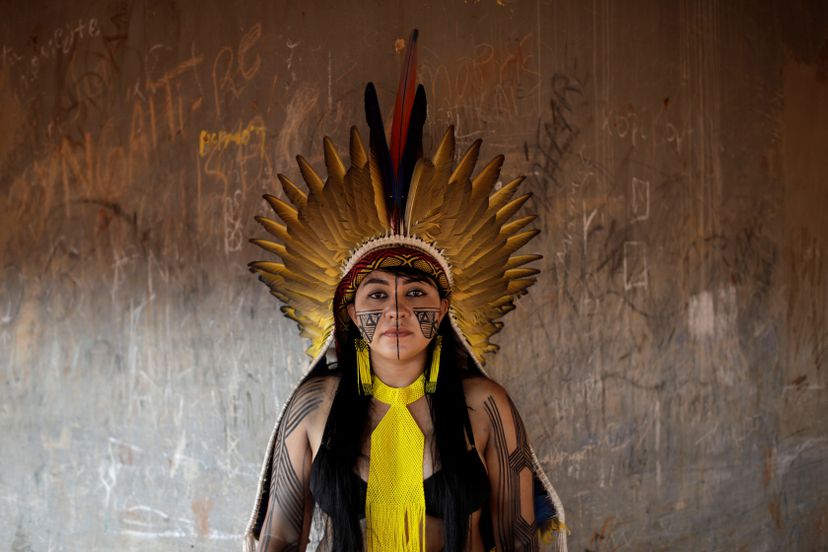 Celia Xakriaba is a teacher in Brazil and defends that the indigenous way of life must also be considered a form of education. Survival International

With the pandemic, the Ministry of Public Education implemented the Aprendo en Casa program, a proposal to produce 4,500 television programs and 600 radio programs in Spanish and in native languages. But for many children “virtual learning” is impossible. In rural communities there is limited Wi-Fi and television signal coverage, little access to computers and, if they have telephones, they lack data. In Chicahuaxtla, Puebla, “it is not possible to use the internet, even less in the hills … Very little coverage arrives and the data is not enough,” says Nahuatl teacher Georgina Marcelo.

The program also does not take into account the linguistic realities of the communities. According to the teachers, there are very few lessons from the program in indigenous languages. “It doesn’t work because it’s a different language, the mothers don’t even understand it,” says Eusebia Texis, the Nahuatl teacher from San Luis Cholos, Tlaxcala. Teacher Lourdes Ramos, from Ocpaco, Puebla, says: “They are not interested and they don’t have time. And that is normal, it is a language that they do not speak and they are values ​​that they do not perceive ”. 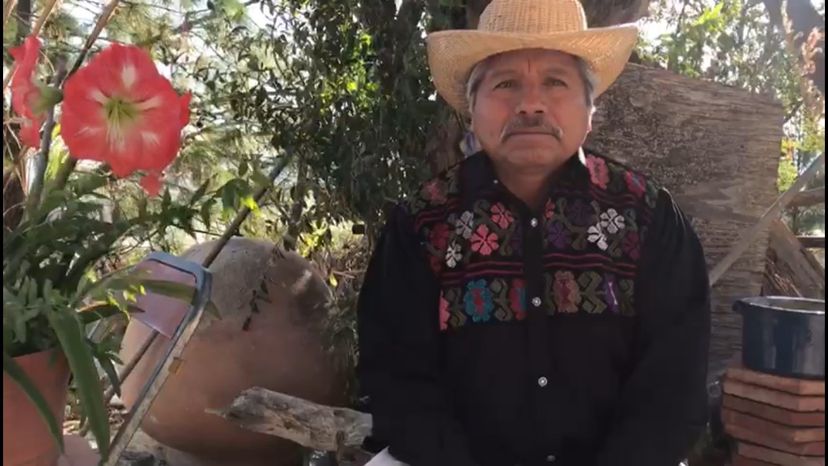 Alejandro Luis Gómez, of the Zapotec ethnic group, in Mexico, is a teacher and tells how the pandemic is affecting indigenous children in the Guajaca area. Survival International

Also, the program schedule is not ideal for your students. By not going to school, many have resumed activities with their parents, such as selling handicrafts or planting the fields. “There is a lot of backwardness in school,” says Ramos. In the communities that live around their agricultural systems “the priority is to work in the fields,” explains Marcelo. In the Texis community there are mothers who do not want them and their children to be glued to the television, they prefer to teach them something by themselves.

Since Learn at Home does not provide satisfactory results, many teachers have turned to non-virtual learning methods. In Nelson’s Xidza community, “some teachers are giving tequio in person, they go from house to house, keeping a healthy distance, teaching the students like this ”. The tequio It is a form of Zapotec community work to meet collective needs. In the community of the Purépecha teacher Francisco Morales, Comachuén, Michoacán, they have organized music workshops and a mobile library that travels between communities. 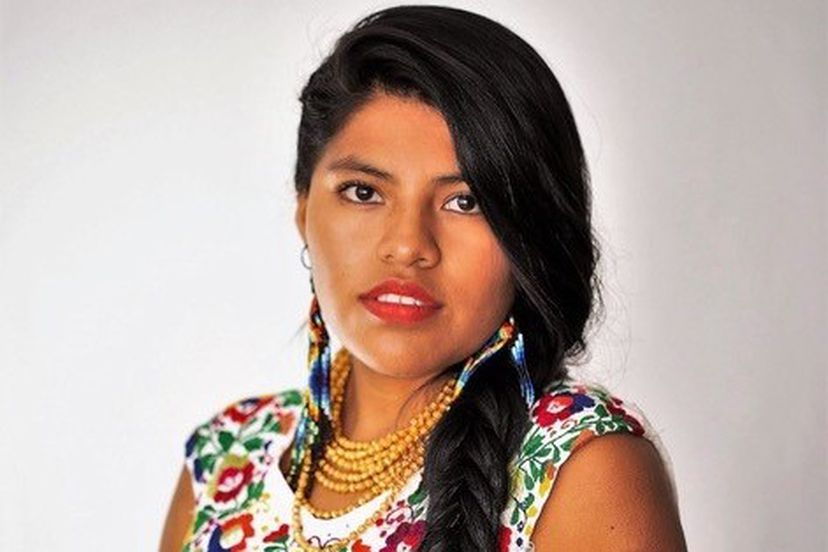 Ninari Chimba is a Kichwa activist in Ecuador. In this video, she explains the situation of the country’s indigenous children whom she teaches during the pandemic.Survival International

Although covid-19 has brought great challenges, some teachers consider certain positive aspects. For example, students spend more time with family and surrounded by their mother tongue. In addition, they participate more in activities and rituals of their communities, reinforcing their knowledge. Some of Francisco’s students have started planting corn with their parents. “Yes, they are losing some things, but they are also learning things that they don’t normally learn in school,” he says.

Before the coronavirus there was already the community project of “Educational milpas for good living” in Chiapas, Michoacán, Oaxaca and Puebla, where “milperas teachers” such as Lourdes Ramos, Eusebia Texis and Georigina Marcelo attended to the realities of the communities. The teachers of this intercultural methodology design lessons and activities that reinforce their knowledge and knowledge. According to Dr. Stefano Claudio Sartorello, who has coordinated the project, “it offers an alternative of education in living spaces and then returns to the classroom to apply the social learning of the community.” Teachers emphasize “doing” as learning, for example, they learn typical dances, bathe in Temascal, or take honey from the maguey. 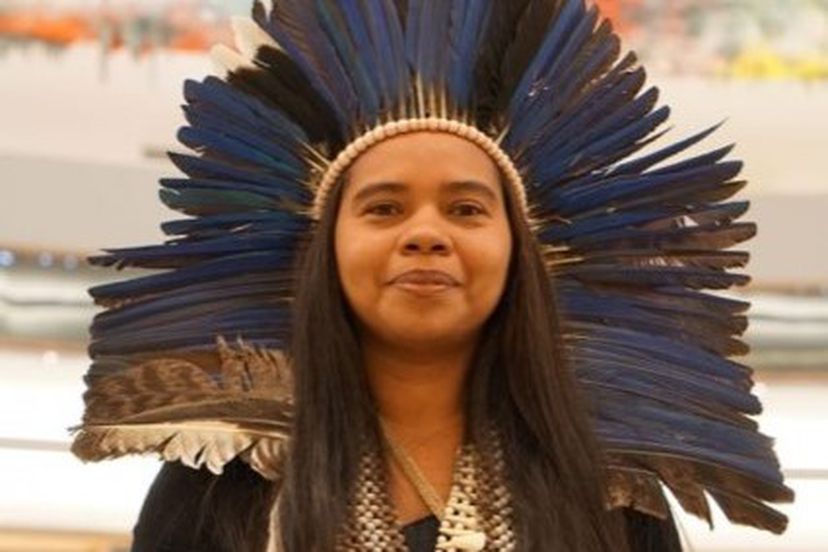 During the pandemic, teachers allude to reality in their lessons so that children talk about what they live, do and learn in these times. According to Texis, “many children prefer to take them to the country and they are learning …”. For Marcelo, “the educational milpas have responded from the knowledge, reassessing the knowledge… The parents are the ones who know and know. Broad beans are being harvested in March and [queremos] get the kids involved and write about it ”.

Unfortunately, both in the Americas and in other countries, there is a legacy of assimilative schooling Y many indigenous peoples continue to fight for control of their children’s education. Although the pandemic continues to present barriers, it has also provided an opportunity for self-determination, restructuring and reinvention of the educational process of their children, based on their realities, practices and knowledge. The face-to-face classes have been replaced by lessons in the field and at home, jointly. Reminding us of what Nelson told me: “The whole town educates children, that is also the meaning of community education …”.

Marial quezada She is a member of the indigenous rights organization Survival International and is a co-founder of the American NGO alterNATIVE Education.