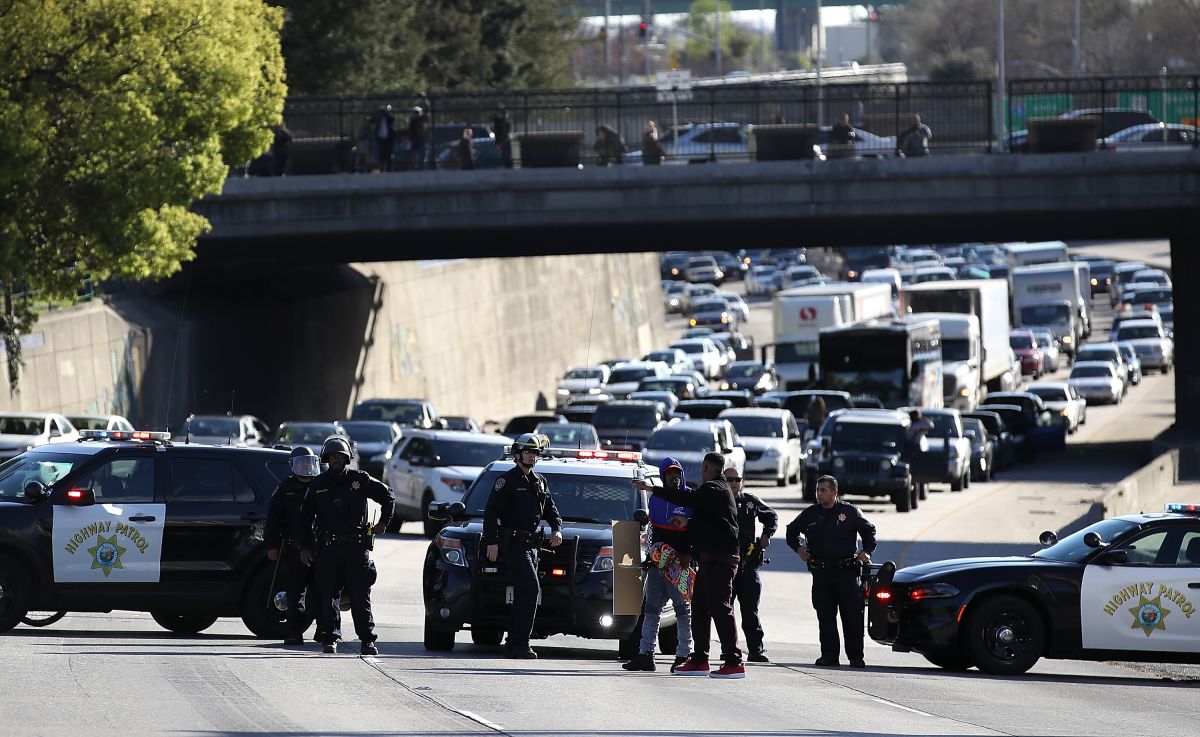 Anthony Corona he unhinged traffic in Colorado one night, created chaos and danger on the highway through a clandestine race. Ironically he died days later, run over after an argument with his girlfriend and next mother of his son.

After more than two months of investigations, the Aurora Police announced this Wednesday that it was possible to identify the organizer of underground racing who kept a busy Colorado highway closed for hours: a young Hispanic man who recently died after being run over while crossing another highway on foot.

According to the Aurora Police Department (APD), on Sunday March 8 Anthony Corona, 21 years old, coordinated the unauthorized closure of Interstate 225 to use the wide lanes of that route for speed competitions.

The incident trapped more than 800 motorists until APD regained control of the highway, reopening the entrance and exit ramps that had been blocked by Corona’s accomplices.

For that incident it was expected that the young man would face at least seven charges, including conduct dangerous to the lives of other people, illegal obstruction of a highway, conspiracy, kidnapping of motorists and disorderly conduct.

But once Corona was identified, it was immediately verified that he had died on April 4 when he was hit by a car while trying to walk across Interstate 25 in the town of Broomfield, north of Denver.

According to the police, Corona and his partner, Ruth García, were in a car driven by Corona when she informed him that she was pregnant and questioned him whether or not he was still in contact with other women. This apparently led to an argument that caused Corona to park the vehicle, get out, and head toward I-25, with the fateful result.

Investigators in that accident found that the driver who hit Corona was neither distracted nor intoxicated. Furthermore, he did not flee the scene and cooperated with the authorities, making it unlikely that charges will be brought against him.

Since this incident occurred, detectives from our traffic section have been tasked with investigating this further. Their goal is to positively identify any & all participants that night who inconvenienced others and/or put lives at risk.

But, although it was already determined that Corona was the “facilitator” of the closure of the I-225 highway and the illegal races, and despite the fact that he has already died, the investigations will continue until the arrest of his accomplices.

“It is not yet clear how many people were hit (by street racing) and how many intentionally impeded the flow of vehicles and committed other traffic offenses.”says the APD statement.

However, APD has already arrested a minor who participated in street racing. The young man now faces charges of dangerous driving, driving with a canceled license and participating in unauthorized “speed shows.”

Following the incident, APD announced that it will fine and even impound vehicles that participate in street races, regardless of whether or not the owner is the driver of the vehicle.

These dangerous races are increasingly common in the Denver metropolitan area (1,500 races since October 2020), so the area’s police departments began last week to use helicopters and close streets or lanes to prevent the crime.

Keep reading: A Hispanic woman crashed intoxicated at 111 mph and killed one of her friends; he was free on bail for another fatal accident