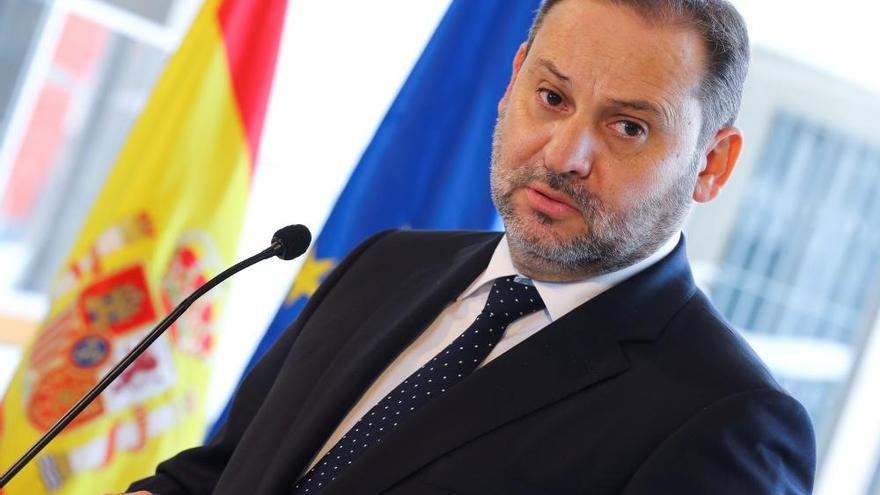 The Minister of Transport, Mobility and Urban Agenda, José Luis Ábalos, pointed out this Saturday that the 7,000 places announced by the Government to deal with the arrival of migrants They are provisional since their objective is that they have “decent” care conditions until they can return to their countries, since they came to the islands illegally, and “avoid the images” of overcrowding at the Arguineguín pier.

In a press conference on the occasion of his visit to the expansion works of the Tenerife South airport, he commented that the message cannot be given that “This is possible”, in reference to illegal entry into Spain, apart from the fact that the State has a “responsibility” to the European Union.

Along these lines, he has pointed out that The Canary Islands is the “gateway” to Europe, especially since the flows in the Mediterranean have been controlled and the ‘mafias’ have headed south, hence the archipelago is a “containment element”.

The minister, who has not been accompanied by the Canarian president, Angel Victor Torres, but by the Minister of Public Works, Sebastián Franquis, and the president of the Cabildo de Tenerife, Pedro Martín, commented that border policy must be “combined” with regular migration, the fight against the health pandemic and “sensitivity humanitarian “, and in that sense, has indicated that” the State makes real efforts. ”

He commented that the Canary Islands have experienced an “overwhelming” migratory phenomenon in a short time, and in view of this reality, he defended the “great commitment” of the Minister of Migration, Jose Luis Escrivá, and the “great concern” of the Minister of the Interior, Fernando Grande-Marlaska, who has traveled to Morocco in search of “collaboration” at the borders.

In addition, he has insisted that Africa also has a coronavirus pandemic and “you live differently” since their countries do not have the same welfare state and the migratory pressure has intensified, with the handicap that many countries have closed the borders and “complicate more” the returns than in the previous crisis of the cayucos.

Ábalos has admitted that in the Canarian Government they are “quite anguished” with the migratory crisis that, in his opinion, “cannot be dealt with in a simple way” since there are several “sensitivities” that go from “humanitarian assistance” to “xenophobic reactions”, since immigration “generates contradictory feelings”.

In his opinion, the problem must be addressed “rigorously” because “it is complex” and also affects international issues, apart from the fact that “it is not new” and the islands already experienced it in 2006 with the so-called ‘cayuco crisis’. .

However, he has indicated that the Canary Islands are experiencing “difficult times, hard days”, as the economic and health crisis has been joined by migration, but has made it clear that the central government is not going to abandon the islands.

“They are not alone, they will not be”

“The public powers must express that they are not alone, they will not be, we will be shoulder to shoulder,” he said.

Regarding the controversy generated by the journey of almost 200 migrants by boat from Gran Canaria to Tenerife and their inability to continue to Huelva -a small part did manage to board-, he pointed out that they are Interior powers but, in any case, he pointed out that the Foreign citizens can move but have 72 hours to be contactable.

In similar terms, the Government delegate in the Canary Islands expressed himself, Anselmo Pestana, who briefly commented that irregular migrants have to be traceable because they have an expulsion order and cannot travel if they do not have the proper documentation – many did not have a passport or it had expired.