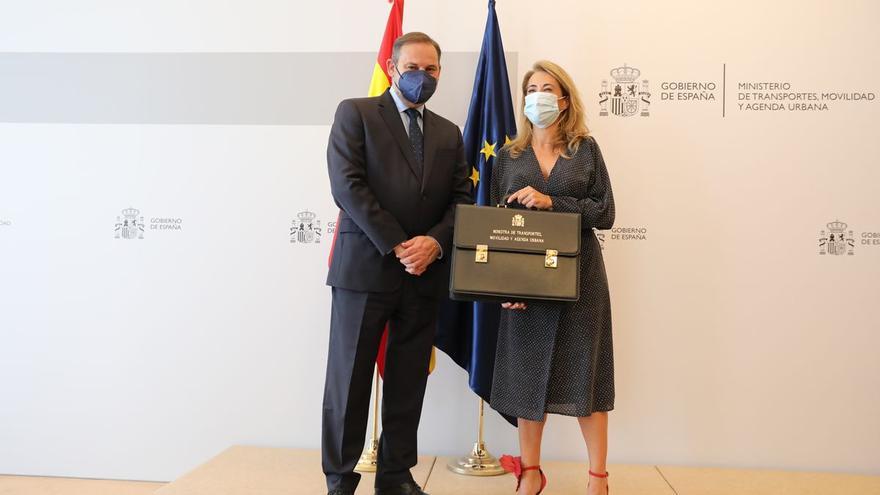 José Luis Ábalos has not remembered Pedro Sánchez in his dismissal from the Government. Not a mention, not a gesture. Nothing. In just five minutes, the former Minister of Transport, Mobility and Urban Agenda and since Monday former Secretary of Organization of the PSOE has closed his passage through the Executive without thanking the leader of the Socialists. In the act of transferring portfolios, his successor, Raquel Sanchez, has made it clear that one of its first priorities will be to pass a housing law and defend the right to have it at “affordable prices.”

The farewell to Ábalos, of just five minutes and with a rather listless tone, has been striking in the absence of thanks to Sánchez. The former Minister of Transport, one of the men of the hard core of the Executive and as of today former Secretary of Organization of the PSOE, has not mentioned the President of the Government at any time. “I am only proud to have been part of the Government of Spain. Not from a government, but at the service of Spain“were his only words with which he referred to his satisfaction at having been in Sánchez’s cabinet.

The rest of his speech has been sour. After emphasizing “the frenetic pace” with which he has lived since he entered the Executive after the motion of censure to Mariano RajoyÁbalos has constantly vindicated his work in a ministry that, when he arrived, was “underfunded and with structural problems.” “Now, minister, at least you have the Renfe program contract, the Renfe and Adif strategic plan, unblocked many situations that affect rail, road … And above all the European plan to distribute the first inclusive funds It is a totally different scenario, “he explained to his successor. The former minister also wanted to highlight the harshness of political activity, being “the head to hit, the one to deal with and mediate“in all situations.

With some words that could well be interpreted as a direct message to the morados, Sánchez has claimed that housing is “the border that separates integration from marginality” and the “most powerful instrument of the welfare state.” “There is neither freedom nor security without housing. It is essential in our personal relationships, in our integration and in our development as human beings“, he insisted.

The new minister has pointed out that all these elements are summarized in the “right to have housing at affordable prices” and that she is aware of Ábalos’ effort to promote a housing law that allows it. The allusion to “affordable” prices seems a clear nod to United We Can, with whom Ábalos had been negotiating the regulation of rents for months. While the purple ones demand to implement measures that allow to lower prices, the last proposal of the socialist leader was to freeze them in those areas declared stressed and offer tax incentives to the holders.