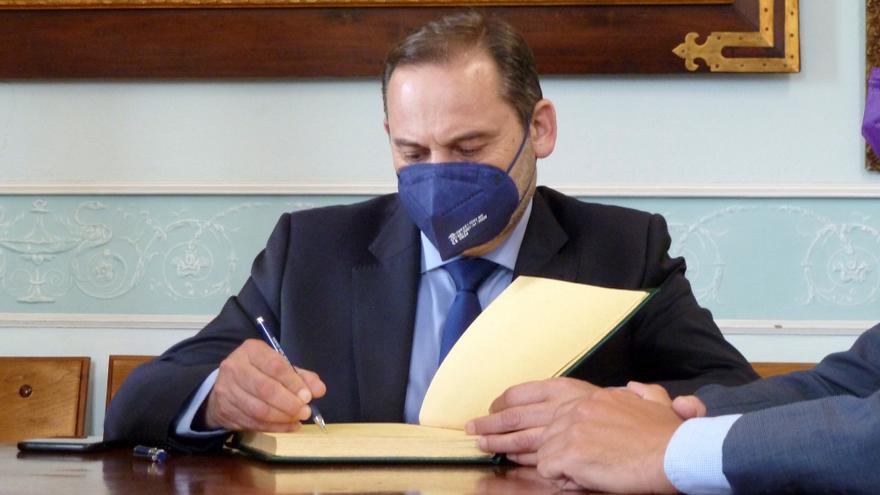 The new proposal of Housing Law of the Department that directs Jose Luis Ábalos collects that in the case of new tenant change contracts in stressed areas, rents may raise a maximum of 10% compared to the previous contract, according to the draft that Europa Press has had access to.

On the other hand, and also in the areas of stressed market, the possibility is established that the tenant can take advantage of when the contract is to end at an extraordinary extension, of an annual nature, and for a maximum period of three years, under the same terms and conditions of the previous contract.

According to the text, it is a measure that stimulates the agreement between the parties, since if the signing of a new lease is agreed, the lessee may, on the one hand, ensure stability for a period of five or seven years , while the landlord will have an incentive to reach an agreement and establish an adequate rent, but without disproportionate increases.

The objective of these two measures is to avoid an abusive increase in income and favor the agreement between the parties, as well as avoiding possible effects of contraction in the supply of rental housing.

Likewise, it is shown that the simultaneous application of a mechanism that intervenes prices and fiscal stimuli should achieve the double effect of short-term income containment during the duration of the declaration of stressed area, together with the medium stimulus. term, favoring new contracts under favorable conditions for profiles with difficulties in accessing the market price.

This additional mechanism that, “exceptionally and limited in time”, could intervene in the market to cushion said tension and grant the competent administrations the necessary time to be able to compensate, where appropriate, the supply deficit or correct deficiencies in those areas with other housing policies.

Also Read  The Nativity a place for the vision of art

The mechanism must take into account that the responsibility for guaranteeing the constitutional right of access to housing corresponds to the public powers, as well as having sufficient technical solidity and legal security for its permanence over time.

Nor can it produce unwanted effects of drastic reduction in supply that may produce effects of expulsion of the families contrary to those sought.

On the other hand, the proposal again includes reductions of up to 90% on the net income in its personal income tax return if an owner signs a new lease with a reduction of more than 10% of the previous rent.

Thus, if an owner who has a lease contract of 700 euros per month signs a new one for 630 euros, he will be entitled to a tax benefit in personal income tax of about 950 euros per year, higher than the net profit that opting for a rent increase.

On the other hand, a 70% discount for owners in personal income tax for the incorporation of a dwelling for regular rent in stressed areas. This, according to Agenda Urbana, favors the entry into the market of homes that were not previously for rent as a habitual residence.

A reduction of 60% is also proposed in the rent of recently rehabilitated houses, of 70% when the rent is to young people between 18 and 35 years old and also of 70% when they are long-term rentals without increments greater than IPC for a period of at least 10 years. This, according to Transportes, has the objective of promoting contracts that guarantee the stability of the tenants.

On the other hand, it is urged to establish a reduction percentage of 70% to owners who make their home available to the autonomous community to the city council within the framework of a public system for social rent or at an affordable price, as well as landlords who put Your home at the disposal of third sector entities that will be used for the housing or accommodation of vulnerable people or households.

The validity will be three years, and may be extended annually. In addition, the competent administrations must carry out a specific action plan to correct the imbalances evidenced.

Finally, the text states that in order to guarantee housing solutions for vulnerable people, the priority application of the aid program for victims of gender violence, people who are evicted from their habitual residence, homeless people and others will be established. especially vulnerable people, from the State Housing Plan.

This program allows communities to provide an immediate housing solution, with grants of up to 900 euros per month and more than 200 euros per month for additional expenses for supplies or housing services. The Communities must attend to all the requests that meet the established requirements.

The proposal complies with the agreements

They have also remarked that complies “scrupulously” with the signed agreements and whose main objective is to end abusive increases, contain rents and achieve lower rents.

The Department of José Luis Ábalos has stressed that it is necessary to approve as soon as possible a Law that guarantees the social function of housing, that serves the most vulnerable and is endowed with legal security.

Also Read  What happened about the invasion of the Capitol on January 6, 2021 by Trump supporters

We can deny the deal

The Minister of Social Rights and Secretary General of Podemos, Ione Belarra has assured in social networks, before this new proposal, that there is no agreement with the PSOE and that the “only way to lower rent prices “It’s with benchmarks, not tax incentives.”

It is flatly false that we have reached an agreement between the PSOE and United We Can on the regulation of rental prices.

The only way to lower prices is with benchmarks, not tax incentives.

We continue working to comply with the agreement. https://t.co/M3rCC8kow5

“It is flatly false that we have reached an agreement between the PSOE and United We Can on the regulation of rental prices,” he has launched on Twitter to make it clear that they will continue working to “comply with the agreement.”

With this, he was referring to the agreement between both partners on the General State Budgets for 2021, which stated that “containment mechanisms should be established, or possibly lower prices, both for new contracts and existing contracts”, based on benchmarks.

Last week they sent a “counter offer” to the Ministry of Transport to lower rental prices based on benchmarks in stressed market areas.

Eight months have passed since both partners reached the agreement to promote the new Housing Law with rental regulation and the regulations accumulate almost five months of delay on the initially proposed schedule, which was to bring said regulations to Congress in February.