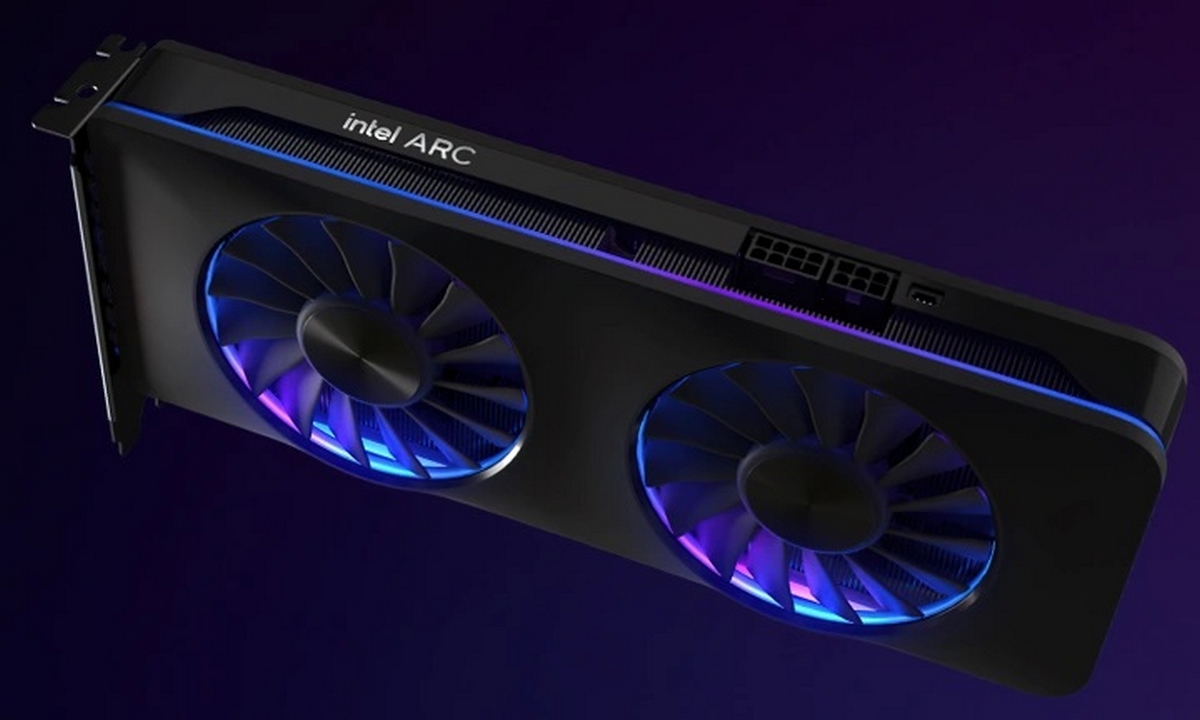 Much is said about the NVIDIA RTX 4000, but while the green company announced its new generation, Intel revealed to the world what are its first dedicated graphics cards for gaming. Now the assemblers have begun to show their own designs.

When we talk about graphics cards we usually think only of NVIDIA and AMD. This is nobody’s fault but the gaming market, which for decades has given us these two options. But now, with Intel on the scene, we have a new manufacturer of GPUs. And the Intel Arc promise.

We are just days away from the launch of Intel’s new Arc graphics cards for desktop computers, the Arc A770 and the Arc A750with a release date of October 12 to -blatantly- coincide with the launch of Nvidia’s RTX 4090.

And while until now we only had the design that Intel had chosen to manufacture its graphics cards, Acer has now announced that it will manufacture its own model of the Intel Arc A770. And, the truth, the design is totally original.

Naturally, this is a gaming GPU and will come under Acer’s Predator brand name BiFrost. And this refers to the fact that this card has two fans. And the most interesting? Which are two completely different types of fans.

Introducing the all new @intelgraphics #IntelArc A770 GPU, which we’ve christened #PredatorBiFrost. Paving the way for a new generation of awesome gaming! pic.twitter.com/MmN4rAszIt

As you have no doubt already verified by the image, the Predator BiFrost features a large conventional GPU fan with RGB lighting at one end of the card, and with a second smaller fan is located in the center.

Also Read  Apple prides itself on protecting our privacy better than anyone else. And it's going gold with that message

This second fan is called a “blower”, and has already been seen on NVIDIA’s RTX 2000 Founders Edition and AMD’s RX 5000 cards. And although each type of fan is common separately, together we have never seen them before.

We have never seen a GPU like this. Fan blower cards have gone out of style in favor of open fan designs. While the latter usually have two or three large fans and an exposed heatsink, the first ones have a closed casing that expels the residual thermal air directly from the rear input/output of the card.

However, open air fan designs are usually better in that they allow more heat dissipation, although part of that residual heat ends up circulating inside the PC.

With the mighty power of the RTX 4000 series, it’s no wonder NVIDIA’s manufacturing partners have opted for an open configuration. Nevertheless, lower powered GPUs like the Intel A770 make the fan approach more viable.

Note that the fan is situated almost directly above the GPU SoC, where most of the heat is generated. We think this means that the fan will vent most of the residual heat away from the rear of the card, while the larger fan plays a supporting role.

Thermal performance aside, this is an eye-catching design. And it’s a must-have product for Acer, which is entering a very competitive space in the GPU market. So far, no one else has announced its Intel Arc.

With no RTX 4060 in sight, a very big hole has opened up for Intel. If the performance is as promised and the price as well, the American company could gain a foothold in the gaming market thanks to the Intel Arc.