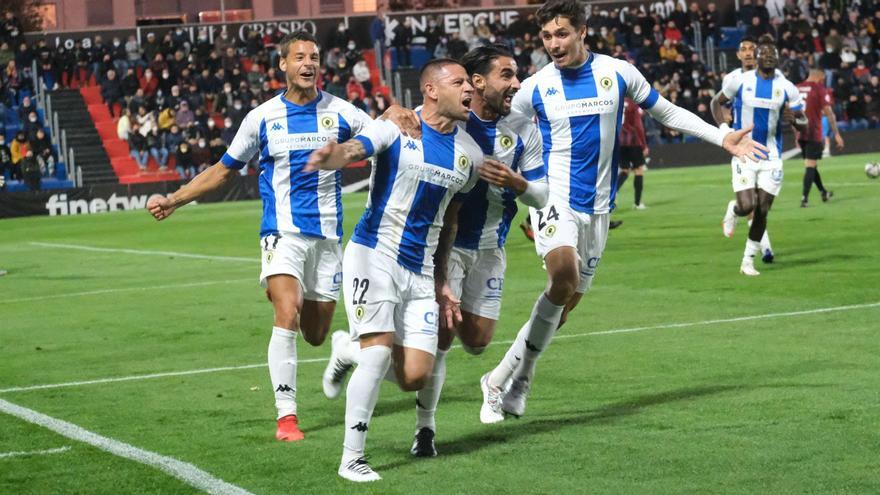 Dr. Ripoll nailed the estimated time in the recovery of Toro Acuña. The Paraguayan striker underwent surgery on November 10 to repair the internal meniscus in his knee and almost two months later he played the friendly match against the AFE team in Oliva where he showed that he is one hundred percent available to Sergio Mora. The Paraguayan striker will be one of the weapons that the Madrid coach will have for this Saturday’s match (4:00 pm) against Recreativo de Granada. He will not start but he does have the chance to enjoy minutes in a game in which Hércules will seek his seventh consecutive victory to maintain the category leadership in the first game of the second round.

When he was getting back into shape after almost eight months of absence and after scoring a goal in Elda, Acuña broke again and again had to go through the hands and instruments of Dr. Ripoll to regenerate his knee and start another recovery process. Misfortune in the form of injuries has plagued El Toro Acuña since he signed two summers ago for Hércules as the star reinforcement of the season, arriving from Albacete after 10 consecutive seasons in professional football in Second and First Division between the La Mancha club, Numancia, Mallorca, Osasuna, Girona and Recreational.

Acuña received his first blow in the first game of last season, on October 25 at the Rico Pérez against Atzeneta UE. With 0-1 against in that game on day 2, El Toro caused a penalty in the second half that Moyita sent to the post and shortly after broke his plantar fascia. With the injury in tow, he endured the pain as long as he could and scored the equalizer from Moyita’s own pass shortly before having to retire due to the pain.

Also Read  The VAR appears in the Eurocup | Soccer Eurocup 2021

About a month and a half later, on December 6, the Paraguayan player reappeared at the Rico Pérez on matchday seven in a goalless draw in the first round against Villarreal B. He played 27 minutes and looked ready to regain ownership the following week in the visit to Atlético Levante (0-1). A violent entry from a central defender from the Granota subsidiary ruined Acuña’s return to “eleven” in the 18th minute of the first half. Again it broke again with a harsh diagnosis. Non-displaced rupture of the fibula. Back to start and el Toro again off the pitch for two and a half months, time in which the Hercules striker never gave up counting down the days to step on the pitch again.

And that day came. Almost three months after working hard to shorten recovery times, Acuña appeared on March 6 in the Hércules expedition to Villarreal as the Blue and Whites’ “great hope” for the decisive stretch of last season in which it was at stake promotion to the First RFEF and even the options to fight for promotion to Professional Football. Only two minutes, from 46 to 48, lasted in the field of the sports city. El Toro bent his knee badly in the fall after a jump and was removed on a stretcher between tears and cries of pain and despair. Rupture of the ligaments of the right knee and almost eight months off.

Fortune was not on his side this season either and in the tenth matchday match in Elda he was injured shortly after scoring a goal. The player immediately knew that he had something important and was diagnosed with a torn internal meniscus. Back to the operating room and recovery time. El Toro never gives up, he met the deadlines and is ready to play another official match after 76 days without doing so if Sergio Mora considers it appropriate.