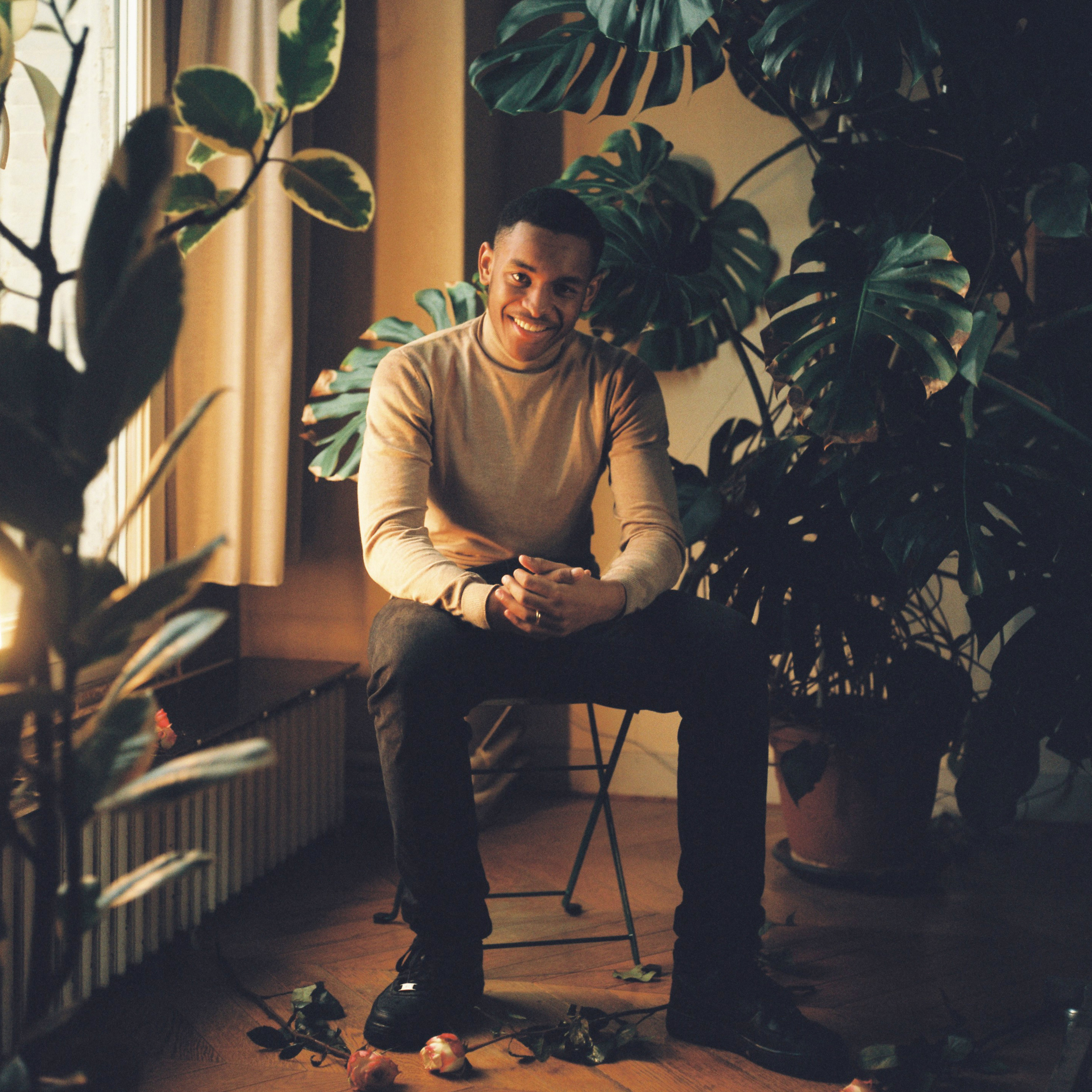 Interview the very young Adam Nourou just seen Adú (Salvador Calvo, 2020) is, to say the least, disconcerting. After witnessing the pain content that he has managed to impress on Massar, his character in the film, meeting a laughing boy with the appearance of a sympathetic rogue is the last thing to be expected. More if we take into account that for Nourou, born in France 18 years ago, this role is not only his first protagonist (in a movie, it is true, quite choral), but almost his first appearance in a feature film. At the beginning of filming, Nourou had only a few days of filming behind him and a couple of minutes on screen adding his very brief interventions in Turf (2013) and All yours (2015).

Normal that the memory you have of when you were called to embark on this adventure is that of a teenager who has been taken by surprise. “I spent a first casting in Paris and left thinking it hadn’t worked. Two weeks later they called my mother and she told me to come home straight from class. I thought they were going to punish me! When I got home, there were my mother, my father and my brothers waiting for me. They all looked at me. And I’m thinking: ‘What have I done this time?’ Then, they announced to me that I had to go to Spain the next day for the final selection. And I thought they were going to tell me off! After that, everything went very fast: they caught me and, suddenly, I was on a shooting set … “

A filming in which, let us add difficulties, Spanish was spoken: “I was afraid to lock myself up in a bubble. But between the fact that you Spaniards are very easy and that I am always laughing, things went well ”, says Adam. In addition, it was located almost entirely in Africa: “I am of Comorian origin and I have gone there from time to time with my parents. When I arrived in Benin, the smells, the atmosphere, everything was like in Comoros. I didn’t feel displaced at all, I was playing at home! I almost felt more out of place in Spain! ”.

Adú tells three independent stories with one point in common: looking at Africa. The most powerful of them, the one starring Nourou and his unexpected traveling companion, little Adú – played by an inexperienced and fabulous Moustapha Oumarou – narrates the tragedy of two African boys trying to reach Europe. “The first time I read the script, I felt very pressured. Was he up to the task of interpreting something like that? I did not want to betray history and even more knowing that Massar had really existed, but I also felt a certain pride in thinking that perhaps by doing so I was going to open minds and show a reality to the world. I think that the mixture of these two things has given a good cocktail ”.

For Nourou, this film has also brought awareness. “Since we were little, my brothers and I have been doing castings, shootings, a photo session for advertisements … But it has been with Adú when I have realized that this is what I want to do ”.

With a filming finished and some other underway, a project “very fat precisely in Spain” that he still cannot speak of and Will Smith as “great reference”, Nourou can be awarded at 18 with the Goya for best new actor. A category in which another black actor appears, Matías Janick, originally from Equatorial Guinea, for Regrettable stories, by Javier Fesser. If one of the two won the award, he would be the first actor of color to win a Goya. There has never been much space for them in Spanish cinema. It was not until 1997, when Emilio Buale was the first and only candidate for the same award for Sir, the film of Imanol Uribe who had won the Golden Shell in San Sebastián. “I am going to give you a confidence. During the filming of AdúOne night we all went to eat together and, taking advantage of the occasion, I asked one of the team who spoke French to introduce me to everyone, as there were some whom I had not yet met. And he was saying to me: ‘Well, this is the head of sound, this is the head of such, the head of which … And this’, pointing to Luis Tosar,’ I don’t need to introduce it to you, you know perfectly who he is. ‘. And I said, ‘No!’ As I had never met him filming and it is so simple and so normal, I thought it was a sound one! They told me that he was one of the most important Spanish actors and that he had won a lot of goyas. The first thing i did was googlear ‘Goya’. So when I found out that I was nominated, I thought it was a mistake. For me it is already a personal victory, but I hope I win! ”.