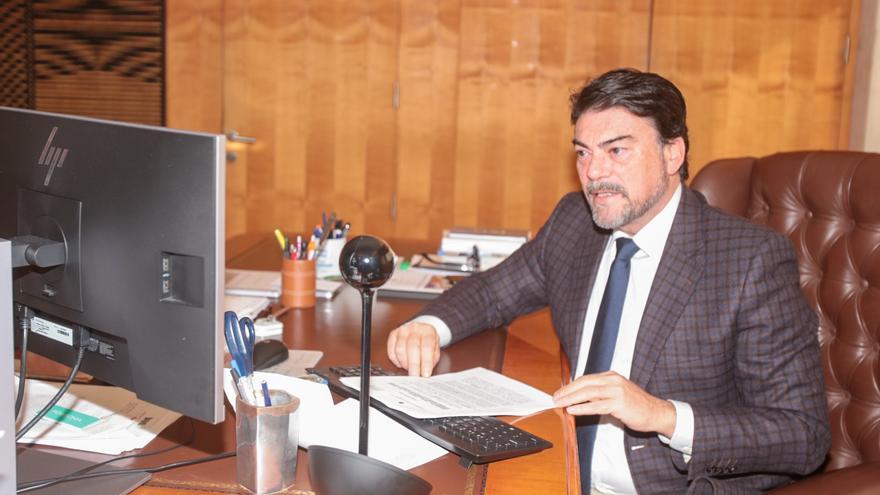 There is no revolution, not even reformist change, without changing administrative law. Social changes require varying something as prosaic, and seemingly bland, as administrative law. This is especially true in democracies, where respect for the law and procedures are a precondition. We have recently experienced two examples that are a clear example of what I say.

First: in Alicante, you have heard Mayor Luis Barcala, time and again, take refuge in the functions of the municipal auditor to justify the maintenance of the municipal budget projects, this year and the previous one, without changing a comma and practically without negotiate with opposition groups. We have suffered from the paralyzing rigidity of the municipal projects – that there will be -. The argument was as simple as it was redundant: the budget proposal made by the coalition government team was being studied and analyzed by the municipal intervention, once it was given the go-ahead, nothing could be modified either, because it was already endorsed by the high official. Carolina Pascual reported (INFORMATION.2-II-21) that the intervention proposed a new audit “to streamline municipal management”, the method is not new, although it would be in the city of Alicante, “this formula has its origin in the This model has been applied for more than 20 years by the General State Comptroller and will help to alleviate some inspection defects, such as slowing down the Administration, focusing control on formal aspects, limiting the overview, generating a false impression. transfer of responsibility to the auditor ”in the words of the auditor, Francisco Guardiola. The blocking of the projects in intervention is one of the complaints repeated by the last government teams in the City Council. The official does not want to “transfer responsibility”; The curious thing is that neither the government teams nor the opposition had taken the initiative to benefit from the “new system” – from 20 years ago! – which notably speeds up the processing of files. On the 18th, it was approved by the municipal plenary session. Substantially with the new system, the auditor verifies that there are credits for the file in question, that it corresponds to the type of expenditure foreseen in the budget, and that whoever decides what is spent is the one who has the powers to do so. After “the previous limited audit” – in administrative jargon – there will be a second control, which is in practice an audit, in order to verify that the legal requirements have been met.

Second: after the approval of the General State Budgets, we point out in these pages that the problem of the manna of millions that comes to us with the European Plan for Reactivation, will be if the administrations have the capacity to spend in a timely manner. As the PP could not stop the General State Budgets, it is dedicated to questioning Royal Decree Law 36/2020, of December 30, which approves urgent measures for the modernization of public administration and for the execution of the recovery plan , transformation and resilience. It is about modifying the laws 40/2015 of the Legal Regime of the public sector and 9/2017 of contracts of the Public Sector, approved by the governments of the PP and that make the procedures established by the previous law of 1997 even more difficult. administration to contract goods, works and services has to go through an obstacle course theoretically to fight against corruption; As has been seen, it does not prevent it, but it does put burdens and obstacles for any contract. From the moment it is decided to put out to tender the elaboration of a works project until the day the works actually begin, three years normally pass, without much delay. If the hiring is from the General Urban Planning Plan, it can take five years, we have been waiting in Alicante for 25 years, because it is already known that for the right the best plan is the one that does not exist. Thus, it seems that neither the administration nor the public companies know how to deal with the private ones, so they conclude that services must be privatized.

Jose Luis Escrivá, the Minister of Inclusion, Social Security and Migration, should take measures, or resign, due to the failure in the processing of the minimum vital income. Mainly, there is a lack of harmonization and coordination with the pre-existing guaranteed income of the autonomous communities, reducing the documentation required of citizens, which the administration has previously, and simplifying procedures. The pagans cannot be the marginalized and excluded.