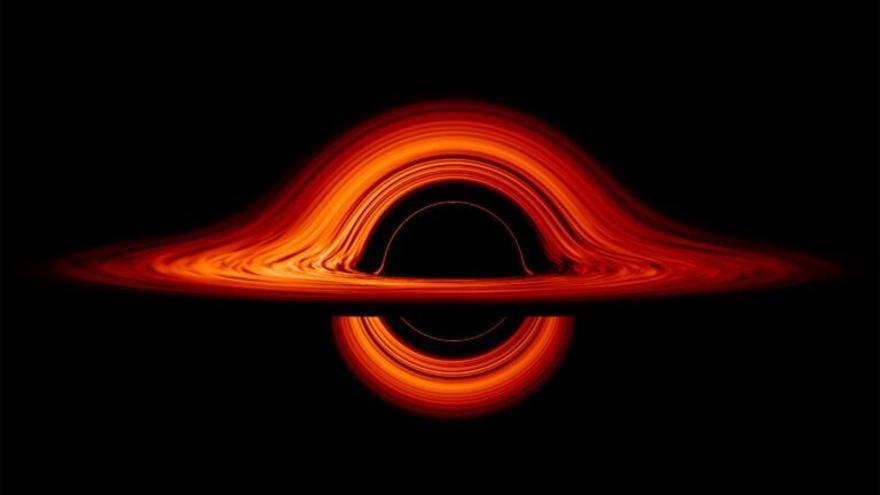 Research developed at National Tsing Hua University in Taiwan suggests that a stellar civilization far more advanced than human could be hidden from our eyes through a Dyson sphere.

The Dyson sphere is not the known death star from the Star Wars movie, but it has some similarities that allow us to imagine what might be happening outside of our technological ability to detect other civilizations.

A Dyson Sphere is a kind of artificial shell that surrounds a star and uses the radiation emitted by it to generate energy.

Dyson’s sphere is much larger than the Death Star, but it works on the same principle: a shell that surrounds a huge source of energy.

Taiwanese researchers argue, in an article published in Monthly Notices of the Royal Astronomical Society, that an advanced civilization may be harnessing the energy emanating from a black hole through a Dyson sphere. And that now we can discover it.advanced civilization

The measure, proposed by Soviet astronomer Nikolai Kardashev in 1964, contemplates three possible advanced civilizations, all of them hypothetical.

Also Read  Eric Adams, the expolica "betrayed by the city" who will rule New York

Logic suggests that the more technological development a civilization achieves, the more energy it will need. After harnessing all the energy of your planet, you will need to go to your star and build a Dyson sphere around it.

The technological level of our humanity is still far from being even at the first level of the Kardashev Scale: perhaps 300 years from now we will be in a position to harness all the potential energy of the Earth.

Hidden sun When we reach that level and need more energy, Kardashev estimates that we will need 10,000,000,000 times more energy to become a stellar civilization like the one that could currently be hidden behind a Dyson sphere.

A star that was inside a Dyson sphere would be hidden from our telescopes, so if there were one, we would not have direct news of it.

The civilization that supposedly lived there, we could not perceive it either because, even if the Dyson sphere generated infrared radiation equivalent to the energy generated by the hidden star, it would have a spectrum similar to that of a black body. Nothing that would particularly attract our attention.

Further: in front of a black hole

Further: in front of a black hole Taiwanese researchers have introduced a new term into the equation: they have looked at black holes, one of the largest and most stable sources of energy in the universe.

If there was a stellar civilization (second type on the Kardashev scale), they consider that it could have considered harnessing all that energy. And that changes everything, in order that it can be detected.

Also Read  My daughter is very bossy, what do I do?

They analyzed black holes of three different sizes and deduced that a black hole may be a promising source of more efficient energy than a star can supply.

In fact, the energy from a stellar black hole of 20 solar masses could provide the same amount of energy as the Dyson spheres of around 100,000 stars.

Even if a supermassive black hole were harnessed, the energy it could provide could be 1 million times greater still, stand out in this regard the journal Science.

Dyson sphere For this, it would also need a Dyson sphere that surrounds the entire black hole, to capture all the energy it emits. If that has really happened somewhere in the universe, then we are in a position to find out.

Taiwanese scientists calculate that even if this Dyson sphere could harness all the energy emitted by a black hole, it would always suffer a loss of heat. And that we could perceive and deduce that a civilization is in its surroundings.

That structure, however, we have not detected, but the Taiwanese scientists show in their article that it is possible to do so, even if there is no visible light that passes through that Dyson sphere.

This is the great revelation of his work, because for the first time it allows us to suppose that, if we existed, we would be in a position to confirm what we have always suspected: that we are not alone in the universe. And now we know how to get to that discovery, if your hypothesis is correct.

The key is to detect the heat loss that would necessarily be shedding from the supposed Dyson sphere: we could do it with current telescopes, using the same detection system that allows us to find exoplanets, stand out Universe Today.

Top image: Viewed almost from the edge, the turbulent disk of gas churning around a black hole takes on a crazy double-humped appearance. The extreme gravity of the black hole alters the paths of light coming from different parts of the disk, producing the warped image. Credit: NASA Goddard Space Flight Center / Jeremy Schnittman.