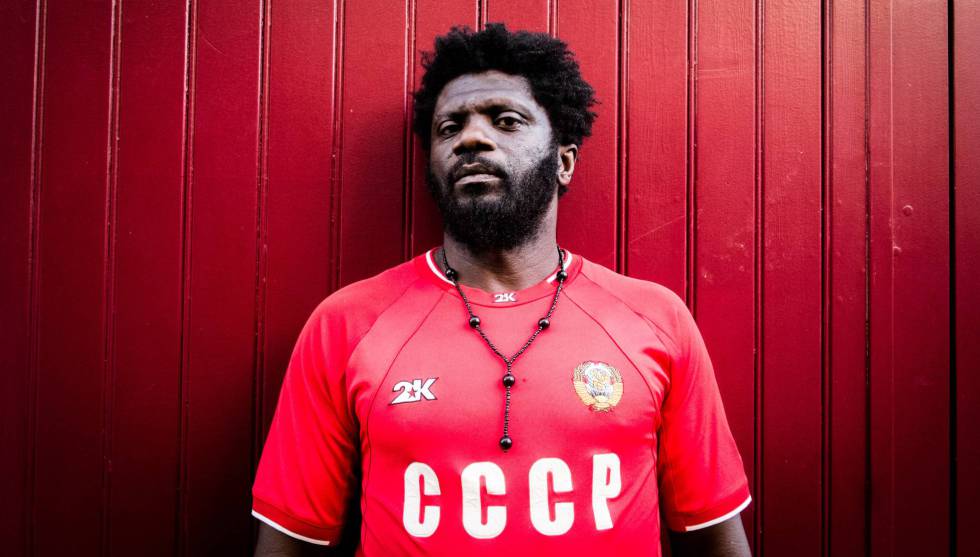 Literature helps to understand the world and to understand ourselves; to understand others. And the books of the African continent have a plus: they build bridges towards the neighboring continent, towards the lives of its inhabitants, their (our) origins and their future, while breaking down walls of incomprehension, silence and stereotypes. Today, Book Day, initiatives that celebrate the literature that is created in, from and by Africa have a special place on the calendar.

Casa Africa has organized for this afternoon an online meeting with Armand Gauz, author of three novels that are revolutionizing the French literary landscape with equal doses of insolence, humor and wisdom. At 6:00 p.m. (Spanish peninsular time), he will talk about Charge for standing, his first novel published in Spanish, via Zoom through the organization’s social networks. This work narrates the vicissitudes of the African community in Paris, tied to the daily life of two Ivorian immigrants in an irregular situation, Ossiri and Kassoum, workers in the security sector in luxury shops and construction sites.

Share things the Black Africa Literary Grand Prize with other greats such as Cheikh Hamidou Kane, Véronique Tadjo, Ahmadou Kourouma, Aminata Sow Fall, Sony Labou Tansi, Amadou Hampâte Bâ or Ken Bugul. We are lucky to be able to read your story Black Manoo in a compilation of urban short story by Casa África and that two of his novels appear published in Spanish this year: Libros del Baobab will offer us in September the option of tasting the touching, masterful and incisive Comrade Dad.

In addition, Casa África will publish in 2021 Thierno Monenembo in fiction and Aminata Traoré and Boubacar Boris Diop in non-fiction and, on the occasion of Book Day, will upload videos with reading recommendations to its networks, which include the voices of NoViolet Bulawayo, Ben Okri or Nii Ayikwei Parkes, joining the stream of literary novelties and suggestions that are typical of the date and that open up other ways of understanding the world and explaining it.

This year is the one that took us away Djibril Tamsir Niane, distinguished writer and historian born on January 9, 1932 in Guinea Conakry. He died of the coronavirus in Dakar, almost on a par with his twin sister. The pandemic deprived us, in this way, of one of the great specialists in the history of the Mandé, in particular the Empire of Mali, and of the oral literature of the west of the African continent. Trained in medieval history at the University of Bordeaux (France), Niane focused his doctoral thesis precisely on that empire, interviewing griots (and more precisely Mamadou Kouyaté) to collect, study and collate the stories of oral tradition.

Based on this research, he published the Mandingo epic, the history of Sunyata, which originally appeared in 1960, with the African independences. Its translator, Jordi Tomàs, explains that Niane did school, marking the path of other institutions made flesh such as Lilyan Kesteloot and Bassirou Dieng, and that it can be proudly placed next to the Odyssey or the Song of Rolando. Casa África published the epic of Sunyata in Spanish and the time is ripe to celebrate this epic story and to whom it was transcribed and exposed with both love and expertise.

The shadow of Sankara

The decision of the Government of Burkina Faso to prosecute Blaise Compaoré, former president of the country, has not been made public for the murder of his predecessor in office, Thomas Sankara. To make us a better composition of place on the figure of Compaoré and that of his friend and rival, Sankara, it is always interesting to read Antonio Lozano, author of The Sankara case. In addition, the figure of Sankara is glossed in comic format and his speeches can be found on paper. It is very topical because it has become a model for many young idealists in Africa and the rest of the world.

This same week Idriss Deby fell, president of Chad assassinated by a rebel military formation after an eternity in power. Alejandro de los Santos also wrote about I am alone, by Beyrouk, the first Mauritanian literary work translated into Spanish. There are many more texts that are dedicated to exploring extremism and violence, such as the Crossed bonesby Nuruddin Farah; multiple titles of Yasmina Khadra and also The girl, by the Irish Edna O’Brien, who novels the tragedy of the Chibok girls and the kidnapping of children by groups like Boko Haram.

Not only Gauz writes about people on the move. Fatou Diome, Ken Bugul and from another perspective, Bessie Head, who narrates the vicissitudes of a South African exile in Botswana between the lines of Rain clouds. Much remains to be translated and discovered in the field of literary migrations, such as The lights of Oujdaby Marc Alexandre Oho Bambe. Also a lot of photography linked to the complaint, as with Black: 10 years of rights violations on the fence, by Sergi Cámara, or The Canarian route, which Javier Bauluz struggles to bring to light with crowdfunding.

Other novelties of interest, already mentioned in other articles designed for today, are the delicious (and brief) collection of short stories Go tell the sun, by Wame M. Molefhe from Botswana and with a translation by Federico Vivanco, and the Casa África essay award, dedicated to climate change and signed by journalist Aurora Moreno Alcojor.

The list of African literary proposals from yesterday and today is enormous, it expands every day like a spider’s web. Little by little, in Spanish we are crossing the bridge. Little by little, literature is also African, close, ours. Happy Book Day.