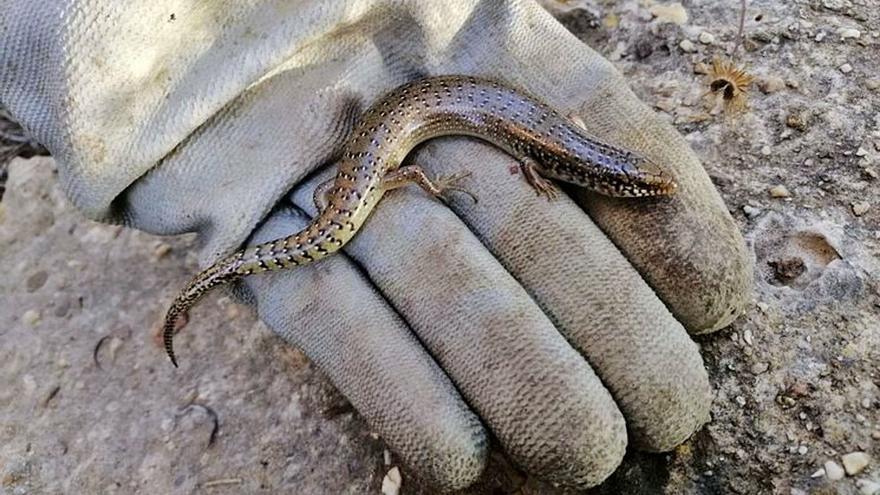 Eslizón de Fez. This is how one of the most elusive animals on the planet is known, which has only been seen in the wild twice since it was discovered in 1930.

This small reptile, about eight inches long, is critically endangered. It is because of that a group of researchers from the Vega Baja has decided to launch the Ebneri expedition, which gets its name from the scientific name of the animal.

Researchers have traveled to Morocco to try to locate new specimens of this strange species. Not an easy task at all, since the last recorded sighting of a Fez skink is produced more than 50 years ago.

Some members of the Faunatura Association team. | INFORMATION

To achieve this, the Faunatura Association team, made up of biologists, environmental scientists and wildlife managers, has spent months analyzing satellite images together with topographic and climatic maps, in order to determine the most suitable places to search for the elusive animal. In addition, they have also carried out field work in the surroundings of the Lagunas de la Mata and Torrevieja Natural Park, studying the type of habitat and behavior of the Iberian skink, the closest relative of the mysterious reptile.

According to the latest reports published this year by the Ministry for the Ecological Transition and the Demographic Challenge, in Spain more than 50% of all the animal species existing in Europe can be located, which makes it one of the countries with the greatest biodiversity in the world. continent. A wealth that is due to its variety geographical location, the different climates existing in the country and the numerous plant species that make up different ecosystems.

However, many of these animals could be condemned to disappear, hence the official list of species included within the Special Protection Regime increases every year. Beyond the well-known case of the Iberian lynx, in Spain There are currently almost a thousand species included in this protection catalog. Specifically, 102 species of invertebrate animals, 42 species of fish, 28 varieties of amphibians, 68 of reptiles, 301 of birds (this being the group with the largest number of endangered species) and 76 of mammals are threatened. A total of 963 species that run the risk of disappearing from the Spanish geography.

Projects such as the Ebneri expedition and groups such as the Faunatura Association work to better understand the conditions of these threatened species and to guarantee their protection.

An investigation with patrons

However, this type of project often encounters difficulties in obtaining financing. Therefore, to pay for a trip that will last approximately ten days, the Faunatura team has launched an online crowdfunding campaign through the Verkami platform.

In this way, they have obtained the financial support of a score of people who have decided to contribute to the search for this reptile.