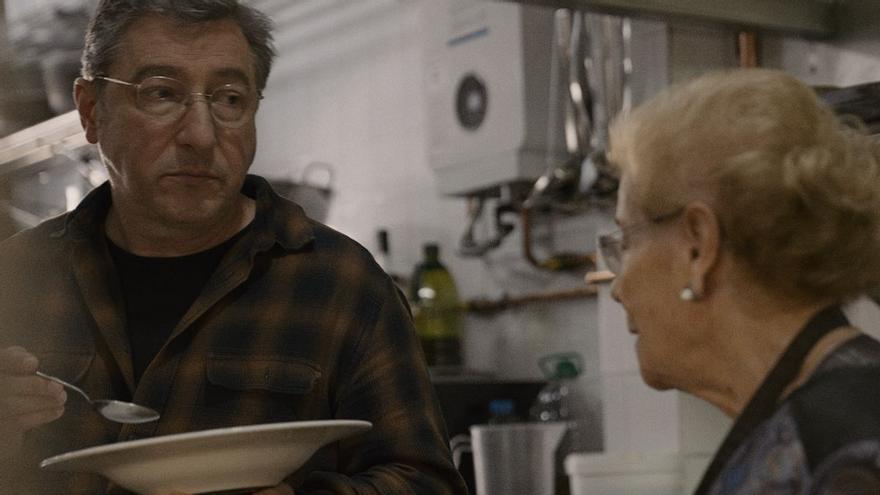 Neither ‘bitxo’ pepper from Girona, nor black turnip from La Garrotxa, nor mongeta from l’ull ros. After buying Can Batista, the house in the Llémena valley where his mother was born, between the counties of La Garrotxa and Gironès, the Roca brothers They tried to entertain her with a home-cooked meal that saw her grow up and with the products that she ate as a child. It was titanic, if not impossible, to find them. They had disappeared from local agricultural production or were reduced to the relics condition that nobody requested.

This culinary setback is at the origin of ‘Sowing the future’, the documentary film that the chefs of Celler de Can Roca, with three Michelin stars, have just presented to claim the consumption of agricultural products and seeds that are either on the way to extinction or, directly, have disappeared from the fields of cultivation and the cupboards. They are not moved by nostalgia, but a commitment to gastronomy and the environment they inhabit that transcends the alchemy of the kitchen.

“Every day ten seeds are lost around the world. 70% of the foods of vegetable origin that were consumed half a century ago no longer exist ”, he lists alarmed Josep Roca, a convinced militant of the power that haute cuisine has to curb the agricultural and commercial trend that is leading us headlong towards a insipid and monotone planet. “Agriculture was the first culture. Losing those products and seeds does not only mean losing biodiversity in our fields; it also means losing taste memory and cultural heritage ”, warns the cook.

‘Sowing the future’, the movie they just starred in, is a wake-up call against “The homogenization of taste imposed by the food industry”, in the words of the medium of the Roca, and a song for traditional and local agriculture that languishes in the era of large extensive farms. “Many indigenous crops that had not changed in centuries, have suddenly disappeared,” he laments Jordi Roca in the filming of some figures that invite reflection, such as that only nine varieties currently represent 66% of world agricultural production and that 86% of species of the entire planet are in danger of extinction.

To argue this alarm, the Roca brothers visit in the documentary several emblematic places of the fight for biodiversity, such as the Marimurtra botanical garden, in Blanes, where they grow threatened plants to later return them to their natural habitats, and the bank world seed of Svalbard, an authentic ‘Noah’s ark’ of plant species excavated from a mountain in Norway. “Until now, we cooks had thought about the product, but never about the disappearance of the products. It is time to put the issue of biodiversity on the table because our lives are going to do so “, he says. Josep Roca, who invites other renowned chefs to join this reflection.

In the documentary they also participate experts in food and botany of entities such as FAO, Crop Trust, Slow Food or IFAD and is sponsored by BBVA, with which the chefs of Celler de Can Roca have been collaborating for a decade to promote a sustainable perspective on the gastronomy and resources of the planet. “Biodiversity and climate change also concern the financial sector. If we do not take care of the ecosystems, we will not be able to sustain our life system ”, he reasons. Antoni Ballabriga, Global Director of Responsible Business at BBVA.

to mother of the Roca, Montserrat Fontané, is one of the main protagonists of the film, which can be seen in YouTube, on the BBVA website and on the Prime Video and Movistar + streaming platforms. At the end of the 28-minute film, the matriarch of the clan appears tasting the menu that, after a difficult search for local products, her children have cooked for her. The message he sends after eating some blackberry potatoes which had not been tested for 70 years, sums up the intention of the project: “Ay, la memoria. I only ask God to remind me ”.