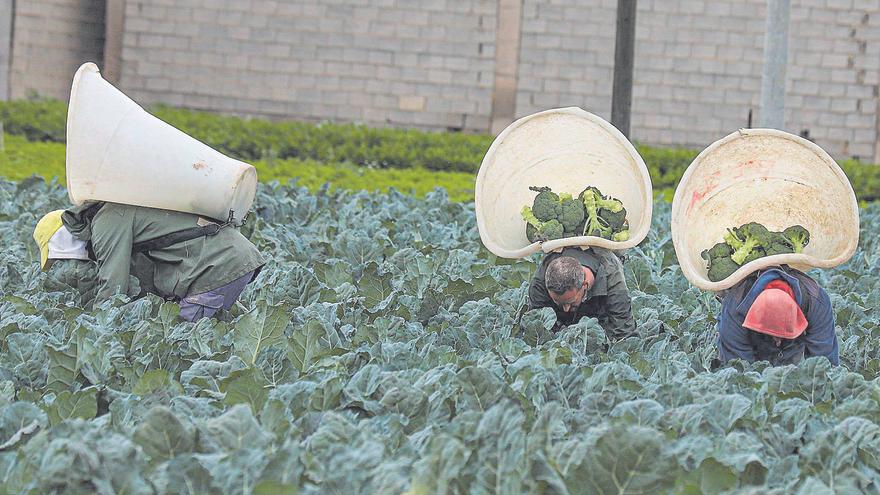 The impact of the coronavirus on the economy of the province of Alicante is becoming more than evident since the beginning of the pandemic, and that has also had its reflected in exports, which have decreased in 2020 for the first time in the last ten years. That is the negative data. The positive is that the fall has been much less than what could be expected, of only 4.38%, thanks mainly to the good performance of the agri-food sector. Strong foreign demand for fruits and vegetablesHowever, it has not been able to offset the negative balances of consumer goods and industry, with footwear as the main victim.

The report issued by the Institute of Foreign Trade (ICEX) reveals that the province exported last year worth 5,087 million euros, which represents a decrease of 4.38% in relation to the previous year. This is a minimal decline taking into account the complicated economic context, something that must be attributed to the agri-food sector, which increased its sales abroad by 8.4% to stand at 1,412 million euros. The growth of fruits, specifically, was 9.2%, to reach 590 million euros, and that of legumes and vegetables 9.5%, reaching 345 million. Also canned vegetables and fruits, as well as juices, had a positive balance of 8.3%, with 246 million.

Along with the agri-food sector, the drinks also performed well, with an increase of 7.7% that allowed it to stand at 106 million.

The negative side of the balance was consumer goods, that globally they reduced exports by 13.3% to remain at 1,903 million euros, as well as industrial and technological products, with a fall of 3.4%, which shows a sales figure of 1,665 million.

In the breakdown, the sector that presents the worst percentage records in this section is footwear and its components, with a decrease of 19.5% that leaves the figure at 954 million euros. Toys, games and sporting goods also fell by 5.9%, to stay at 136 million, and furniture, by 9.5% and a balance of 98 million. Machines and mechanical devices were stable compared to the previous year, with 145 million. The companies that achieved positive results were those of plastics, with a 6.7% growth that left sales at 340 million, and above all, that of vehicles, which jumped 105.4% to stand at 207 millions

With regard to the destination of Alicante sales abroad, France led the way with 741 million euros, followed by Germany, Italy, Portugal, the United States, the United Kingdom, the Netherlands, Poland, Algeria and Belgium. The main growth in exports has been in Germany, with a rise of 10.7%, and the most notable falls in Algeria and the United States, with 25.7% and 16.6% respectively.

The CEV insists on the need to support the industry

The president of the Valencian Business Confederation (CEV) in Alicante, Perfect Palace, points out that the decline in exports “is not good news, but considering the circumstances, we have to celebrate that the impact has been moderate in general terms.” Thus, he adds that the export factor of a territory “is key to making its economy more resistant to crises. That is why we insist on the need to support the industry. We are not only a province of services, although tourism is key to our economy.