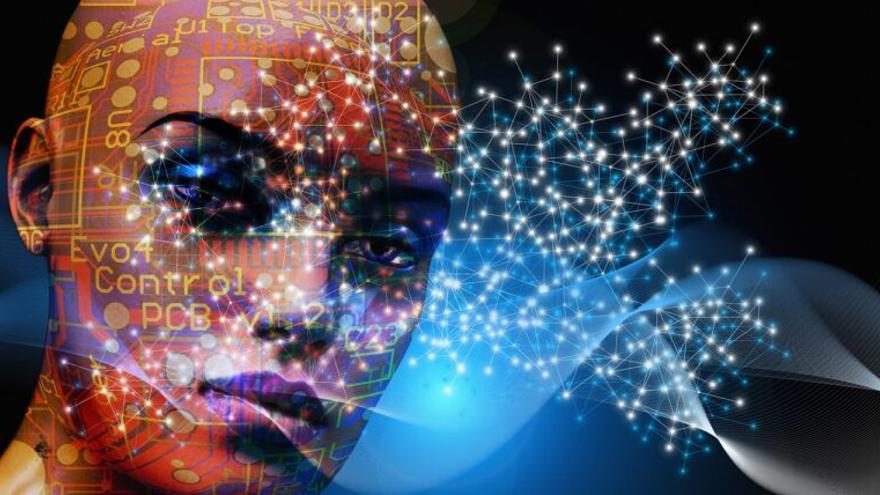 German researchers have achieved the feat of introducing Artificial Intelligence (AI) into the quantum system that shapes the molecules that make up matter and life.

Molecules are basic components of matter and life, but they are made up of atoms and electrons that do not follow the laws of classical physics, but of quantum mechanics.

This characteristic of the architecture of nature has originated quantum chemistry, a branch of theoretical chemistry that describes the behavior of matter at the molecular level.

The applications of quantum chemistry encompass both organic and inorganic matter, but both are subject to the paradoxes of quantum mechanics.

One of these paradoxes is the wave-particle duality, according to which an elementary particle can behave simultaneously as a wave or as a particle: it is difficult to know where and how it is at each moment.

A quantum equation To solve the problem that this duality represents for the practical applications of quantum mechanics, the Austrian physicist Erwin Schrödinger devised an equation in 1925 that described any state of a particle as if it were a wave.

The equation allows calculating the probability of a quantum event happening, although the final result is not presented as something concrete: it only determines the probabilities of finding particles and waves at a certain place and time, but not the precise behavior of a particle or wave in particular.

However, the solution of the Schrödinger equation is an extremely difficult mathematical problem in practice, for which an exact and efficient calculable solution is not yet known.

Now we have discovered that Artificial Intelligence can help solve it, according to research by the Free University of Berlin whose results are published in the journal “Nature Chemistry”.

Quantum Artificial Intelligence The authors of this research developed a deep learning process with which the Schrödinger equation can be solved using an unprecedented combination of precision and speed.

Deep learning is a branch of Artificial Intelligence that, through machine learning algorithms, replicates in a machine the ability that human beings have to obtain certain types of knowledge.

More particularly, deep learning replicates the brain’s predictive analytics capacity, which allows us to make predictions about the future or unknown events, just what the Schrödinger equation seeks.

“We believe that our approach will have a significant impact on quantum chemistry,” says the director of this research, Frank Noé, in a release.

Wave function The goal of quantum mechanics is to predict the chemical and physical properties of molecules solely on the basis of the spatial arrangement of their atoms. This can avoid costly and time-consuming laboratory experiments, the researchers explain.

The central object of the Schrödinger equation applied to quantum chemistry is the wave function, that is, a mathematical calculation that describes the behavior of the electrons inside the molecule, as a function of predictable probabilities.

The wave function is extremely difficult to describe in all its nuances, which is why it is often not even attempted: the equation rather determines the energy of a molecule, without going any further.

Other methods used so far assemble the wave function with a large number of mathematical calculations, making them computationally unfeasible for an exact calculation of just a handful of atoms, the researchers explain.

AI, a better solution The procedure proposed by the new research integrates into AI the fundamental physical properties of the quantum system of molecules and obtains results that combine precision and computational efficiency in the description of the dynamics of their particles, highlights another of the scientists, Jan Hermann.

The deep neural network developed in this work is a completely new approach to the representation of electronic wave functions: it learns the complex motion patterns of electrons around atomic nuclei and thus more precisely calculates the probabilities of the behavior of the quantum system. of molecules.

In this way, AI can more efficiently and quickly solve the difficult Schrödinger equation, one of the great challenges in physics, although the authors acknowledge that there are still many challenges to solve before their ingenious method can be used for industrial applications. .

It is not the first time that AI has entered the quantum universe. This same year Russian researchers created a red neuronal capable of predicting the behavior of a quantum system and of determining whether it represents a quantum advantage over other devices.