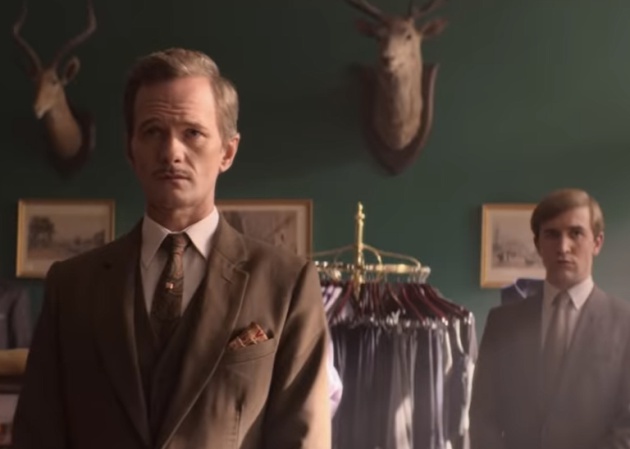 In May 1983, the magazine Science published the discovery of the Human Immunodeficiency Virus (HIV), which in its most advanced stages becomes the AIDS disease (Acquired Immunodeficiency Syndrome), thus marking the beginning of one of the most important pandemics of the 20th century. Since that year, around 75 million people around the world have contracted HIV and almost 33 million have died of AIDS-related illnesses, according to the latest UNAIDS data (the United Nations program on HIV / AIDS).

The evolution of antiretroviral drugs has managed to stop the deadly stages of the virus, turning it into a chronic pathology and allowing people who suffer from it to have a life expectancy comparable to that of those who are not infected. Nowadays, 38 million people are living with HIV in the world, Y about 150,000 in Spain.

During these decades, in addition to documentaries, a multitude of series and films have been created about stories related to HIV / AIDS. One of the most recent is the series on the British channel Channel 4 It’s a sin, which can be seen for a few weeks on HBO. The story – written by Russell T. Davis (creator of other series such as Years & Years Y Queer as Folk) – recounts those first years of the epidemic in London in the 1980s, where ignorance of the virus and its form of transmission –from sexual intercourse, sharing syringes and needles, or from mother to child during pregnancy, childbirth and breastfeeding– and the lack of prevention favored the increase in infections.

In an interview for the British network ITV News, Davis himself compared the media coverage of the coronavirus with which he had AIDS at that time. “Part of the problem with the HIV virus is that it did not make the news. It happened in silence, it happened in fear,” he said.

María José Fuster-Ruiz, doctor in Social Psychology and director of the Spanish Interdisciplinary AIDS Society (SEISIDA), also finds parallels between that time and today. “The deaths from covid at the beginning of the pandemic made me remember those deaths from the 80s and 90s. The AIDS crisis was terrible,” he tells Verne by phone.

The fight against HIV started on the street

Contracting HIV in the early years of the pandemic was a death sentence. The virus was circulating since a few years before its official discovery and, by the mid-1980s, its transmission was out of control. With the appearance of the first treatment in 1987, hopes grew, but those first drugs could only extend the lives of patients for another year and did not even prevent their suffering due to their terrible side effects.

Citizen mobilizations, led by LGTBI groups, were decisive for governments to have an action plan against the disease and resources for its investigation. One of the most popular movements was la ACT UP (AIDS Coalition to Unleash Power, for its acronym in English), created in 1987 in the United States and whose story is told in the second season of the series Pose (HBO).

In Spain, the citizen response would take a little longer to arrive, as he tells Verne Iván Zaro, executive member of the NGO Imagine more, which offers psychological help and other services to people with HIV in Madrid and Galicia. “Franco’s repression, from which it had not ended so long ago, had diminished the organizational capacity of our civil society. That, together with the great influence of the Catholic Church, led to the associative movement in Spain to fight against the AIDS and influencing the political agenda will not come until the mid-1990s, “he says.

A few years earlier, in 1987, it had been approved the first National Commission for the Coordination and Monitoring of AIDS Prevention Programs in Spain. The first case of HIV in the country had been diagnosed five years earlier. “This political framework allowed at least to draw up a strategy and awareness and prevention campaigns began to be created,” recalls Fuster-Ruiz. One of the most popular was Put it on, put it on (1990) to raise awareness about the use of condoms, which generated a great controversy among the most conservative sectors of society. The highest number of AIDS diagnoses in Spain it was in 1994, with 7,511 new cases in just one year. From the beginning of the pandemic to the present, a total of 88,367 AIDS cases.

HIV awareness and prevention and the evolution of antiretroviral treatments began to reverse the critical situation of the pandemic in developed countries during the 1990s. Meanwhile, the focus of the virus shifted to Africa, which in the year 2000, 70% of the cases in the world were concentrated, generating a profound health crisis on the continent.

Getting HIV was a sin

Another consequence of contracting HIV was social stigma, as is also reflected in the Russel T. Davis series – in fact, the series title translates to “It’s a sin,” like the duo’s 1987 song British Pet Shop Boys featured on the soundtrack. “The media, health leaders and public opinion contributed to spreading a feeling of guilt among those who contracted the virus,” says Fuster-Ruiz. “It was like a kind of punishment for non-normative sexuality or non-reproductive sex,” adds Zaro, author of the book. Life through the looking glass (Punto de Vista Editores, 2019), which collects the testimonies of men and women who have suffered the stigma of HIV in Spain.

In 2018, with the approval of the Social Pact for Non-Discrimination and Equal Treatment Associated with HIV, Spain undertook to work to avoid discrimination against people with HIV in areas such as health, employment and access to benefits and insurance. “Legislation has advanced to protect people with HIV, but there is still much to do,” says Fuster-Ruiz.

Both experts agree that there is still a great deal of ignorance about HIV among the general population. “A significant piece of information is that many people still don’t know the difference between HIV and AIDS,” says Zaro. “There are also no references of famous people with HIV or AIDS in Spain, while we do see celebrities who have cancer and speak openly about it,” he adds.

The combination of several highly active antiretroviral treatments (HAART) It turned HIV from 1996 into a controllable chronic infection, keeping the viral load at undetectable and untransmittable levels. Ten years later, that combination of pills was reduced to a single tablet per day with the STR (Single Tablet Regimen). “Since then, people who contract HIV and start taking treatment can lead a totally normal life, they are healthy despite having the virus,” explains Zaro.

The Imagina Más worker believes that the coronavirus crisis has helped to understand the behavior of pathogens such as HIV. “People with HIV in treatment are asymptomatic, as can happen with Sars-Cov2. Both are invisible, so we cannot trust each other even if we do not belong to a risk group,” explains Zaro.

According to the WHO, people with profiles most susceptible to contracting HIV —Men who have sex with men, inmates, injecting drug users, sex workers, and transsexuals — are also the least likely to access HIV prevention, detection and treatment services as they are left out of national plans by law and discriminatory policies. “Work should be done to normalize sexual life and for society in general to be tested for HIV on a regular basis, like any other medical check-up,” adds Zaro.

The international body set for 2020 target 90-90-90 (90% of people diagnosed, 90% of people in treatment and 90% with undetectable viral load), but unfortunately it has not been achieved. Although the aspiration to end the pandemic in 2030 with the 95-95-95 goal, but for this, new challenges arising from the covid pandemic must be faced. HIV service disruptions and the slowdown in the public health response to the virus, especially in countries in sub-Saharan Africa and the Middle East, where the highest number of deaths from AIDS occur, is what worries health leaders the most.

Regarding the slow process of obtaining an HIV vaccine, for the first time in more than a decade there is a vaccine prototype that has reached the last phase of the trials, which must determine if in the real world it is capable of protecting against the transmission of the virus. The previous attempt to obtain a vaccine had ended in 2009, when it was found that it only prevented 30% of infections.