Experiments with two species of monkeys (macacus rhesus and cynomolgus macaques) divided into four groups showed that infection by viruses in aerosols, which penetrate deep into the lungs, resulted in a more serious disease than contagion with 100 times the number of virus particles in larger droplets that are deposited in the nose and throat (intranasal and tracheal infection).

Something similar had already been shown for influenza and smallpox

Although in all groups the monkeys showed very few external clinical signs, the cynomolgus macaques exposed to the aerosol transmission developed the most consistent febrile responses and suffered from the most severe respiratory disease and pathology. This “May provide additional clinical targets for the evaluation of therapies and vaccines”, point out the 30 investigators who co-authored the research, led by virologist Sandra L. Bixler.

This study, hosted on the bioRxiv server as preprint (it has not been peer reviewed or published in a scientific journal), establishes for the COVID-19 what was already known for other diseases, such as the flu, in which the amount of virus that comes into contact with the nasal passages has to be 100,000 times higher to cause the same symptoms as aerosol infection. This difference was also verified for smallpox, and in medical terminology it is called an anisotropic or unequal infection.

The Spanish scientist Jose Luis Jimenez, Professor of Chemistry at the University of Colorado (USA) and one of the world’s leading experts in aerosols, highlighted yesterday the importance of this study, and stated that “adds an eleventh reason to the ten provided by the article in ‘The Lancet’ that establishes that aerosols are dominant “ on the drops as a route of contagion.

A study commissioned by the Ministry of Science and Innovation to a group of renowned researchers, such as virologists Margarita del Val and Antonio Alcamí, the epidemiologist Miguel Hernan and José Luis Jiménez himself, and published last November, already pointed out that aerosols, due to their smaller size, produce greater infectivity because they penetrate deeper into the lungs and, in addition, could cause a greater severity in COVID-19.

Jiménez precisely referred to this probability of anisotropic infection in an interview he gave FARO in October of last year. Asked if Inhalation of aerosols could lead to a more serious infection than that caused by dropletsWhen the virus entered the lungs, the Aragonese scientist answered affirmatively. 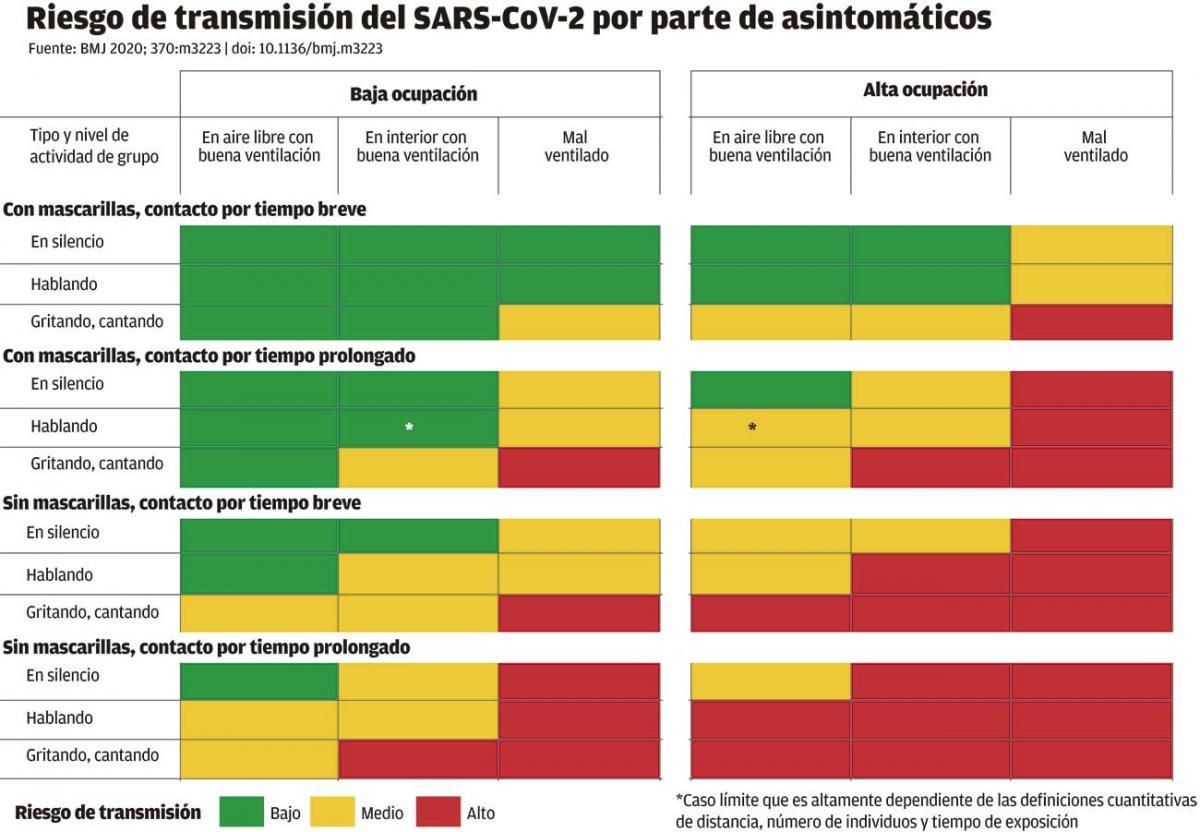 “This is what is called anisotropic or uneven infection,” he explained. It means that if you get infected through the nose you have a less serious infection than if it reaches the lungs. This is known for the flu: to produce the same symptoms of a severe flu, the dose [de virus] in the nose it has to be 100,000 times greater than the dose by aerosols in the lungs. Smallpox was also very anisotropic: if it reached the lungs it produced a more serious infection than if it reached only through the nose. There is a lot of debate for this virus. To demonstrate it in the flu, they infected volunteers: some inhaled the virus and others put it in their noses. But of course, this cannot be done, it is unethical. And it is very difficult to know how someone has been infected ”. It seems that experiments with apes have confirmed this hypothesis.