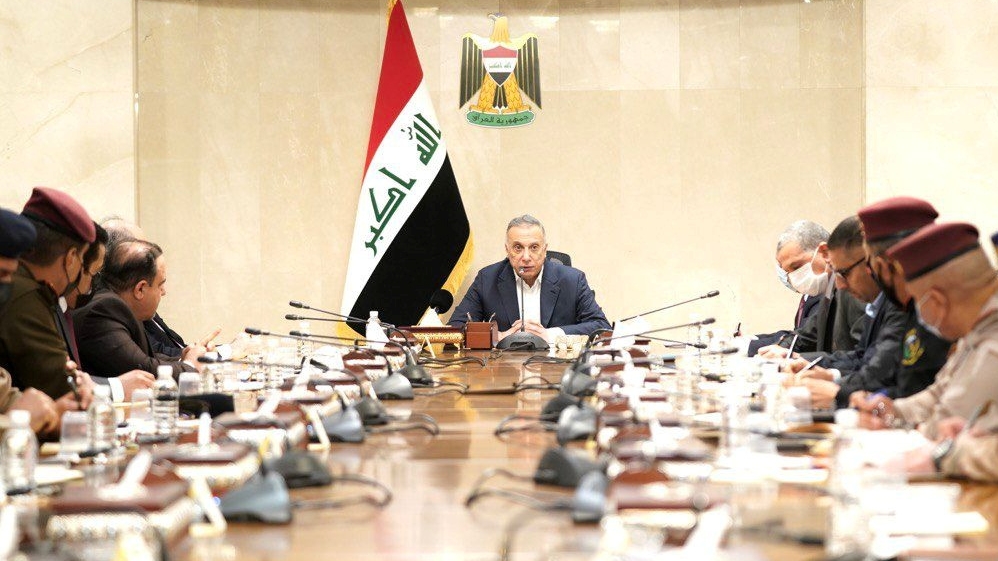 The Prime Minister of Iraq, Mustafa al Kadhimi, has survived an assassination attempt in the early hours of this Sunday, as he himself related in a message to the nation. A drone has bombed the residence of Al Kadhimi, in the Green Zone, the most protected neighborhood in Baghdad. Several of his bodyguards have been injured in the attack, for which no one has claimed responsibility. Political tension has been soaring in the country since several pro-Iranian groups rejected the results of the elections on October 10.

“My house has been the target of a cowardly attack, but thank God, those who work with me and I are fine,” declared the prime minister in a short televised message, which he also posted on his Twitter account. After stating that “missiles and drones do not build homelands or a future,” Al Kadhimi appealed to Iraqis “for calm and constructive dialogue.”

The Ministry of the Interior has revealed that three drones penetrated the Green Zone, headquarters of several ministries, residences of high government officials and embassies, around two thirty in the morning. Two of them were shot down by security forces, while the third managed to bomb Al Kadhimi’s home before continuing in a northwesterly direction towards the Al Hurriyah neighborhood.

The press officer for the Interior, Saad Maan, confirmed that the prime minister had escaped unharmed, but that several members of his protection team were injured. However, Al Kadhimi has appeared with his left wrist bandaged during a meeting with the president, Barham Salih. The Iraqi media have also shown images of the damage caused by the explosion in the house; an unexploded rocket was later found on its roof.

The attack has been widely condemned both inside and outside Iraq. The Shiite cleric Muqtada al Sadr, leader of the party that won the largest number of seats in the October legislatures, although insufficient to form a government, has described him as a “terrorist.” The United States, whose Embassy in the Green Zone is a regular target of the militias, has offered to help with the investigation.

Iran, however, has maintained its usual ambiguity. His foreign minister, Hossein Amir-Abdollahian, has declared that the assassination attempt was a blow “against the stability and security” of Iraq. At the same time, he called for “vigilance to thwart plots,” in an attempt to divert attention to the United States.

This language largely protects the attitude of the pro-Iranian militias that have questioned the assassination attempt. Abu Ali al Askary, head of security for Kataeb Hezbollah, has accused Al Kadhimi of “playing the victim.” Qais al Khazali, the leader of Asaib Ahl al Haq, has tweeted that the explosion should be investigated and that his group will condemn it “if it was indeed an attack.”

However, his misgivings are suspicious when a few hours before the attack he had threatened the head of the Government, whom he blamed for the death of two protesters during Friday’s protests. “The blood of the martyrs will judge him,” he said, according to a video widely broadcast on social media.

Al Khazali also recalled that his group had attacked several US military bases in retaliation for the assassinations of Iranian General Qasem Soleimani and Abu Mahdi al Mohandes (who led the Popular Mobilization Forces, under which the pro-Iranian militias are sheltered) and that they also he would take revenge on the prime minister.

The pro-Iranian groups, which have been punished in the last elections, have been demonstrating for weeks at the entrance of the Green Zone to denounce irregularities. The Electoral Commission, which is still reviewing the complaints filed, has found no evidence in this regard. The protests escalated on Friday, when protesters accused the security forces of “traitors” and called on them to lay down their arms and join them. However, 98 of the 125 injured that day were police officers.

Al Kadhimi, a former head of the secret services, became head of government in May last year as a result of a tacit consensus between Iran and the United States. But his determination to bring the militias under control has made him alienate with them. Furthermore, Tehran is increasingly dissatisfied with the prime minister’s attempt to balance his influence by strengthening relations with the Gulf monarchies.