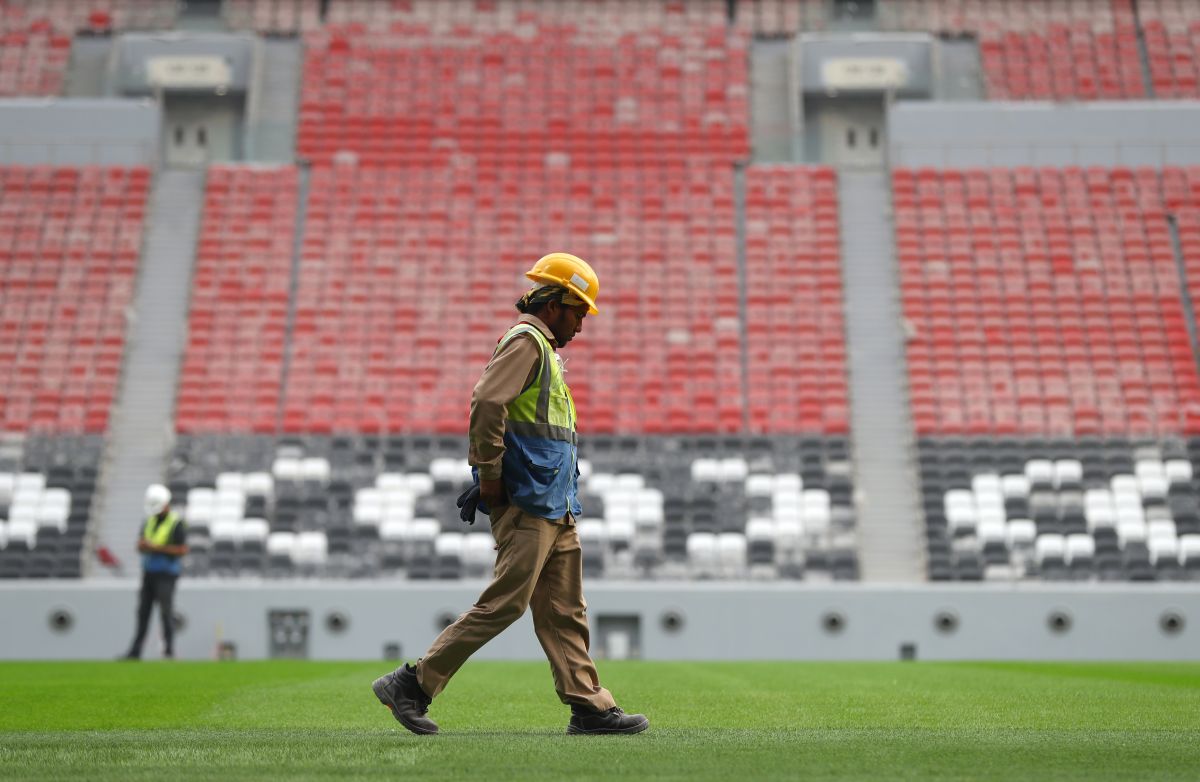 Employees have to work in temperatures that reach 50 degrees Celsius.

The date of the start of the World Cup is getting closer and closer Qatar 2022. It is expected that on November 21 of next year one of the most significant events in the world will begin. However, behind the organization of such important tournaments there are thousands of accidents that are usually hidden under the rug. In this sense, Foundation for International Democracy denounced the “slavery” to which thousands of workers are subjected and have revealed that so far the preparations have claimed the lives of more than 6,500 people.

Within the framework of a report called “Behind the passion”, The foundation revealed that since 2010, 12 workers lose their lives weekly while they carry out their work dedicated to the infrastructure of these tournaments. In this sense, the organization requires the president of FIFA, Gianni Infantino, to take action on the matter.

#EnVivo | “Qatar is going to play in blood-drenched stadiums”: @GuillermoWhpei, President of the Foundation for International Democracy (@fundaciondemo)

According to the document, Qatar has two million migrant workers and these are part of 95% of the members of this guild. Almost half of these people are dedicated to the work related to the preparation of the infrastructure corresponding to the headquarters. Given the proximity of the World Cup, employees They are obliged to carry out their work between 16 and 18 hours a day, 7 days a week. It should be noted that climatic conditions sometimes force them to work under the intense temperatures that touch the 50 degree.

Also Read  'Who is New Zealand?': The moment Tampa refugees were told that some had a new home | New Zealand

Under these circumstances, the president of the Federation of Human Rights Museums, William Whpei, denounced the multiple human rights violations that take place around these works. A large percentage of employees is made up of thousands of immigrants from Nepal, India, Pakistan, Bangladesh, Sri Lanka, Philippines and Kenya. These people are exploited in multiple tasks distributed in roads, railways, stadiums, hotels and convention centers, among other areas.

⛓More than 6,500 workers killed in Qatar due to terrible working conditions. They have them in a working condition of slavery, building the stadiums for the 2022 World Cup. pic.twitter.com/Tn6r38poGK

Nothing very far from slavery

The International Trade Union Confederation carried out an investigation in 2013 in which it revealed that, by that date, there had been reported deaths of more than 1,200 immigrants who worked in terrible working conditions. At present, very little has changed and this was assured by Whpei who described the conditions to which workers are subjected in Qatar. “The confiscation of passports (that workers submit by signing a form), the high recruitment fees, the Inhuman conditions in which they carry out their work and stay, the non-payment of salaries on time and the deceptive recruitment practices they are still common in Qatar ”, he denounced.

Covid-19, another enemy that was always present

On the other hand, the report indicates that as a result of the coronavirus pandemic the situation for workers in Qatar has worsened. The document indicates that many of the employees have been confined from their places of work, without the possibility of charging a penny, returning to their countries or continuing to work. The risk of contagion grows day by day, since in these places there is no adequate medical care.